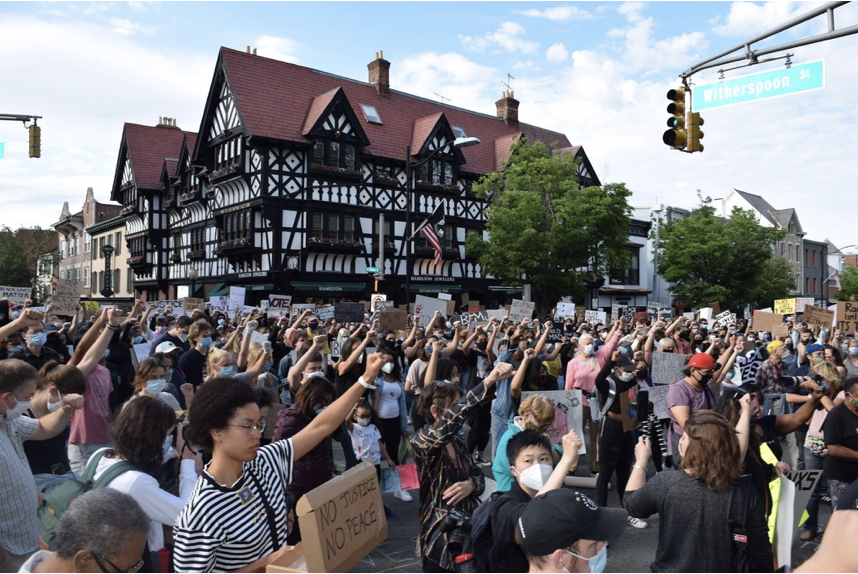 In the fall of 2019, Nadine Snyder ‘21 passed a resolution in the Student Senate advocating the elimination of plastic bags at the Bullet Hole. This call for a plastic bag ban at the popular to-go dining option on campus set off a chain of events that eventually resulted in the decision to start charging students for plastic bags, which drastically reduced plastic consumption at the college during last academic calendar year.

“The numbers of bags used dropped from 500 per day to 10 to 20 per day,” said Snyder—a senator for the Class of 2021 and the president of the Gettysburg Environmental Concerns Organization (GECO).

But when Snyder returned to campus in the fall, she was disheartened to discover that many of the strides the college had taken toward limiting plastic consumption had taken a backseat to health and safety concerns amid the COVID-19 pandemic. Servo now offers a “to-go” option for students due to limited dining hall capacity, resulting in a greater dependence on plastic bags and packaging for those who choose to eat their meals outdoors or in residence halls, and the Bullet Hole no longer charges for plastic bags.

“Everything I had been working on for the past three years had been erased,” Snyder added. “I know that this is a temporary change, but it did make me far less motivated to campaign for more sustainability measures.”

Snyder isn’t alone. In the aftermath of the shootings that killed eight people in Atlanta, Georgia in March, student activist Daniel Jones ‘21 threw himself into the planning of a candlelight vigil for the victims of the act of violence.

Apart from help he received from Interim Chaplain Elizabeth Eckman, Jones took on the planning process by himself. He didn’t sleep for two nights, skipped meals, and was confronted with an overwhelming amount of anxiety.

“I had many students of Asian or Asian-American descent coming to me in tears,” he said. “I was afraid that we, as a campus, would forget to reaffirm ourselves as a space in which we protect and empower marginalized groups, and that these groups would continue to live in fear—I refused to let that happen.”

When peers asked Jones why he had engaged in such an intense period of preparation for the event, his response was: “I truly believe that if I didn’t, then no one would.”

Jones and Snyder experience this type of frustration alongside many other Gettysburg College students. Social movements depend on sustained, collective efforts, but when it feels like progress isn’t being made, burnout can follow.

While social justice leaders across campus face frustration when it comes to their advocacy, that frustration can manifest in different ways, and for different reasons.

For Olivia Harrison ‘22, who has recently taken on a student leadership role in the Black Panther Party, the work itself is energizing—she focuses on reigniting the programs and messages of the Black Panther Party in Black Student Unions. The draining parts of her work, she said, come from seeing a lack of change.

“It gets really tiring fighting a system that does not recognize your human rights let alone civil rights, [and] doing work only to realize the white power structure burned it down.”

Still, Harrison emphasized that the frustration, in many ways, serves as a reminder to keep going in the fight for justice.

“I feel the fatigue my ancestors felt and the fatigue Black people feel across the country as a result of a system designed to profit off their exploitation, [and] it gives me the strength to go on and do more,” she said. “Thinking about those who do not have the opportunity to fight anymore is what helps me overcome any inkling of fatigue.”

Melanie Pangol ‘21, a program coordinator for El Centro and the current president of The Butterfly Coalition, an organization that advocates for undocumented students at Gettysburg and promotes inclusivity and intersectionality, said that even advocating for herself can be exhausting.

“I am not being prioritized as a student by the institution due to my intersectional identities and undocumentation,” she said, adding that the challenges have grown due to the pandemic.

Pangol also noted that the emotional labor that typically comes with being in white spaces often leaves her feeling overwhelmed.

Other students highlighted feelings of hopelessness. Emily Dalgleish ‘22, for example, served as the co-founder of Students Demand Action, a student organization committed to preventing gun violence, before taking a gap year to pursue community organizing and campaigning. Dalgleish is also from Boulder, Colorado, where a mass shooting in a grocery store this past March took the lives of ten people. 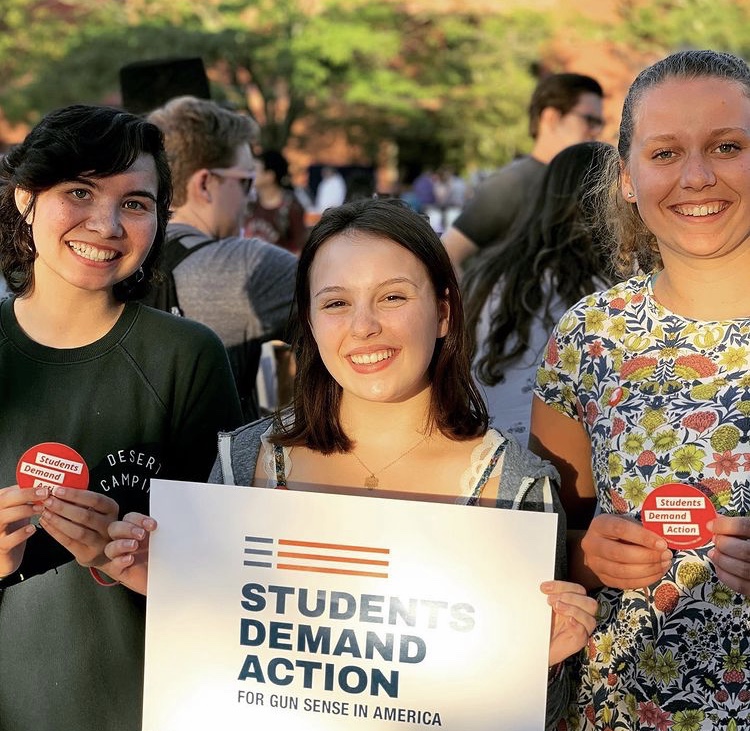 For Dalgleish, a student advocating for gun safety reform, this act of violence in her hometown was crushing.

Three years ago, after the Parkland shooting, Dalgleish helped organize a walkout at her high school in Colorado, and was part of the group that worked for and succeeded in securing the passage of an assault rifle ban in Boulder. But ten days before the mass shooting in Boulder in March, the ban was blocked by a state court judge.

“The protest we organized, the money we raised, the people we registered to vote, and the ban we passed did not prevent ten people from getting murdered with an assault rifle in our community,” Dalgleish said. “It’s disheartening and isolating to watch the country quickly move on from a mass shooting that my community is still deeply devastated by.”

Many student leaders in the fight for social justice shared similar sentiments, and suggested that the ongoing nature of their projects can be draining despite the passion they have for the work. For Snyder, the enormity of the climate crisis itself can result in fatigue—especially when her projects on campus don’t succeed due to a lack of funding.

“I keep myself going by reassuring myself that I am doing all I can with the power and resources that I have,” she said.

Dalgleish expressed that her goal of electing progressive candidates at the local and state levels has led to a considerable amount of disappointment. “These issues can unfortunately take lifetimes to address, so the work can feel endless.”

Even on campus, where the structural impediments to change are different, fatigue can set in for student activists. Co-founders of Survivors of Gettysburg Emma Love ‘22 and Grace Verbrugge ‘22, both survivors of sexual violence, said that the personal nature of the work they do can be challenging—even though it also keeps them going.

“For so many of us, our passion for these issues is rooted in personal experiences and trauma,” said Verbrugge. 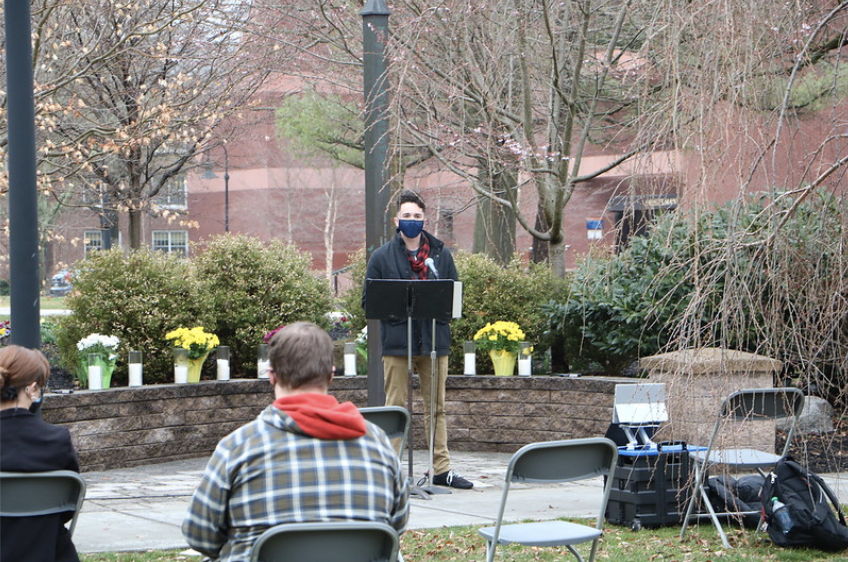 For both Verbrugge and Love, exhaustion comes from their dedication to the cause as well as their personal experiences with sexual violence. Balancing a college workload with their social justice work has been difficult, and this is a theme that student leaders highlighted across the board.

“The fact is that [activism] takes up as much of my time as school, if not more, and it’s not paid,” said Verbrugge. She added that she finds herself multi-tasking every day. “When I’m watching TV, I’m always working on editing content, [and] when I walk to get my food, I’m texting my team with updates and work to delegate.”

How to Overcome Fatigue and Burnout

It’s clear that being both a college student and social justice leader requires a heavy workload in terms of both time and emotional energy, and one that can quickly begin to feel overwhelming and lead to burnout. Here’s how student leaders suggested tackling the issue:

Prioritize mental health. “Taking care of your own needs before you help others is not selfish; it is essential to your overall functioning and your ability to continue working in the field of social justice.” -Emma Love, co-founder of Survivors of Gettysburg

Practice self-compassion. “I try to believe that most people are doing the best that they can, and so we all must believe that for ourselves, as well.” – Izzy Fiore ‘21, Campus Kitchen Program Coordinator.

Establish boundaries. “I think the best thing that student activists can do to fight fatigue is to practice setting boundaries and saying ‘no’ to projects or opportunities. It’s easy to feel like you have to take advantage of every opportunity and help everyone, but you can only do so much—and if you try to do everything, you won’t be able to do anything.” -Grace Verbrugge, co-founder of Survivors of Gettysburg

Here are suggestions from the campus community about how to establish the sustainability of social justice movements:

A redistribution of responsibilities. “The constant need to explain and advocate, especially for advocates of marginalized communities, is exhausting. Increasing the overall community literacy on social justice issues would redistribute that responsibility to the many instead of the few.” -Katie Mercer ‘21, CPS Program Coordinator for the Painted Turtle Farm

A commitment to a more solutions-oriented approach institutionally. “We need to re-create Gettysburg College as a school where we not only listen to students and their issues, but one where we turn those issues into solutions, as well.” -Daniel Jones, Peace and Justice Council Chair of Leadership Development, Muslim Student Association President, Senate Inclusion Officer

Efforts to address the experiences of all students. The college should “be fully committed to prioritizing everyone and not only the standard student (with standard, I mean white, male, heterosexual, cisgender, able-bodied, neurotypical middle-class student).” -Melanie Pangol, President of the Butterfly Coalition and CPS Program Coordinator for El Centro