Doing Great Work: Building a Tiny House in a Pandemic 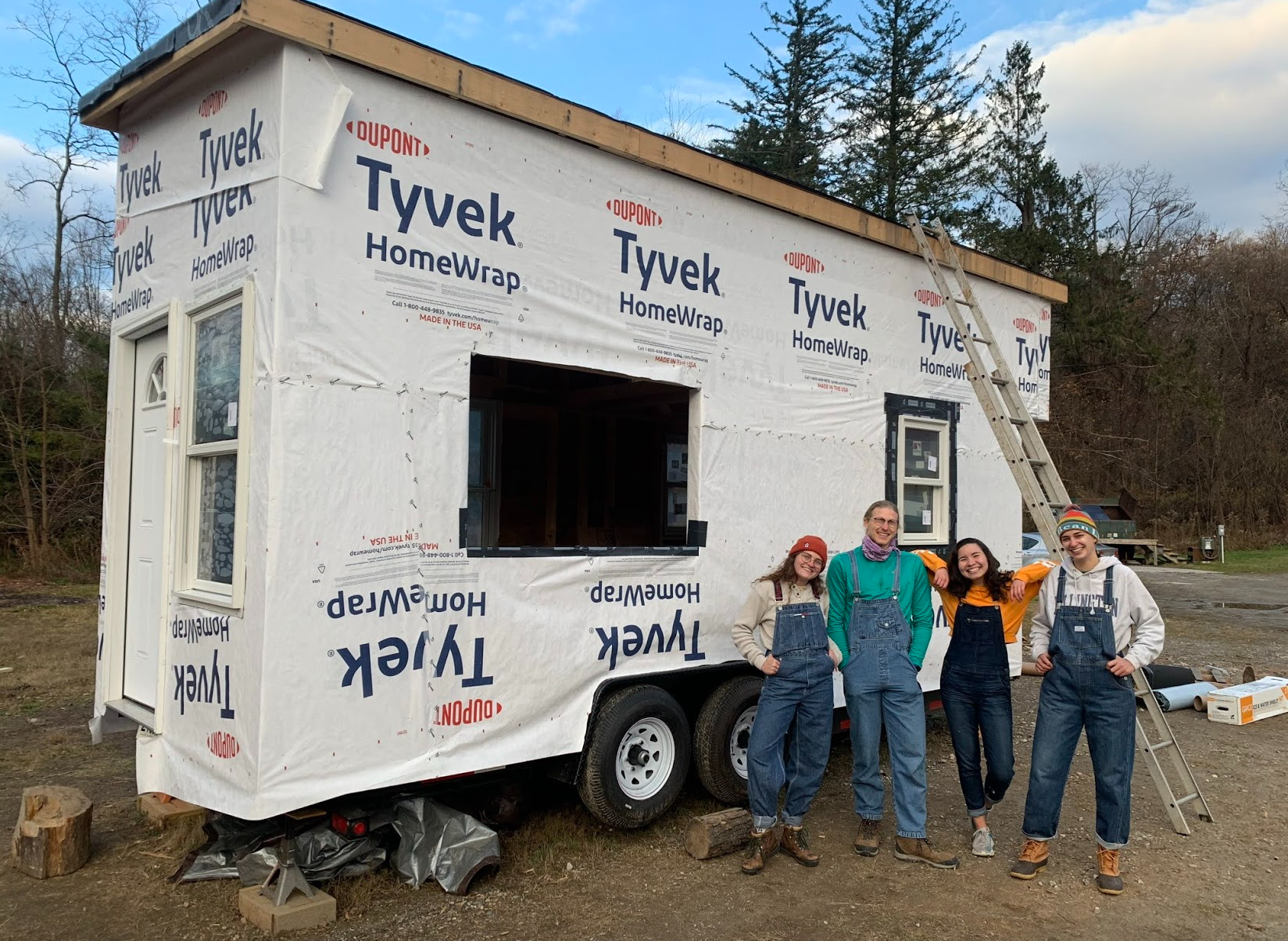 Students (from left) Diana Biesecker ’22, Zach de Besche ’22, Julia Sharapi ’22, and Nicole Melnick ’23 in front of the tiny house they constructed during the fall 2020 semester (Photo courtesy of Julia Sharapi)

After learning that studying abroad would likely not be an option for the fall semester due to the COVID-19 pandemic, environmental studies and music major Zach de Besche ‘22 decided to take on a unique project: building a tiny house on wheels.

Tiny houses tend to hover around 100 to 400 square feet in terms of size, and promote sustainability and simple living. These independent structures are also affordable and are known for promoting ecological health during a moment when society is being challenged by the consequences of climate change.

The construction process for a tiny house, however, takes a lot of love and time—especially if a busy college student decides to take it on.

Luckily for de Besche, he was not alone.

Shortly after the de-densification announcement in the fall following a virus outbreak on campus,  Nicole Melnick ‘23, Julia Sharapi ‘22, and Diana Biesecker ‘22 decided to team up with de Besche in the Berkshires. 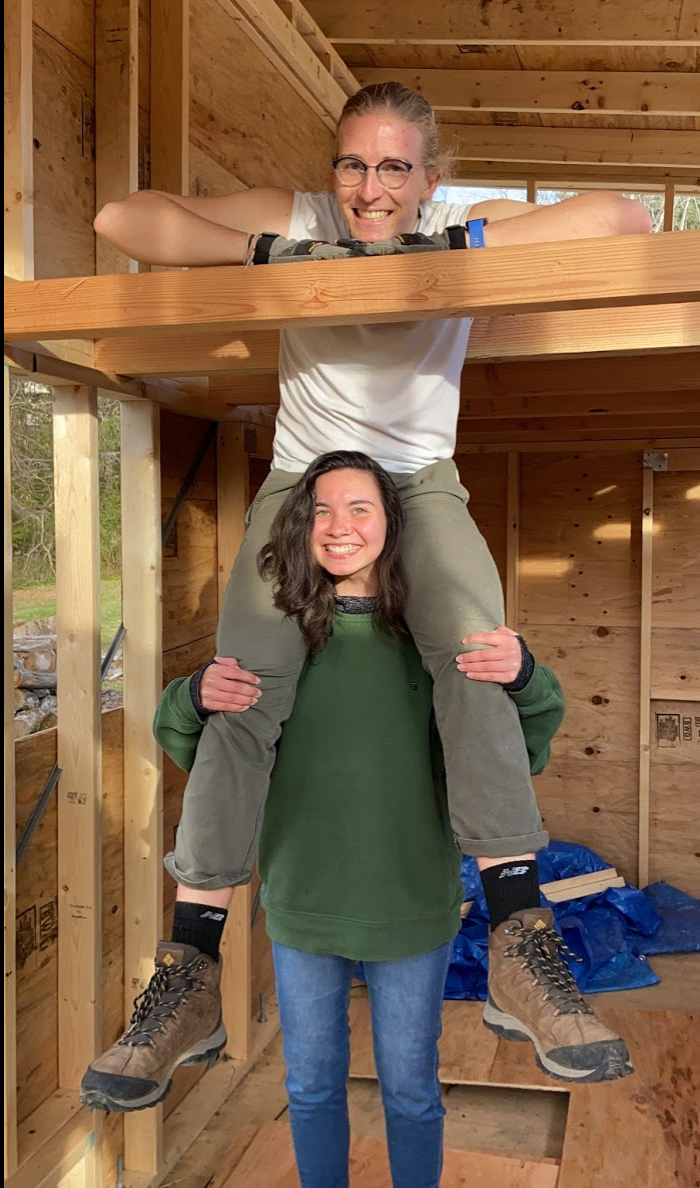 They began with a bare trailer and the construction of the sub floor, which “is like a frame floor with insulation,” said de Besche. “From there you can start building the walls.”

Sharapi and de Besche both put this project toward their course requirements, using the experience as a foundation for their respective capstones in environmental studies. They read about the Tiny House Movement and learned about the benefits and consequences of these structures in order to contextualize their work.

Sharapi spent a lot of the build filming the process and interviewing de Besche about his experience. She plans on creating a documentary with the footage she gathered during the construction process.

The group is currently building the tiny house on the grounds of a Shakespeare theatre company.

While the group was working on the construction, they were also attending classes on Zoom and doing schoolwork. After spending their weekdays online in classes, labs, and workshops, the students chose to devote their weekends to building.

“I think it was kind of like an escape,” said Biesecker.

Melnick added that living together resulted in a strong bond and allowed for a social outlet during a moment that has been defined by loneliness and isolation. “Even though there was a pandemic and we weren’t on campus, I still feel like it was a pretty social semester for me,” she said. 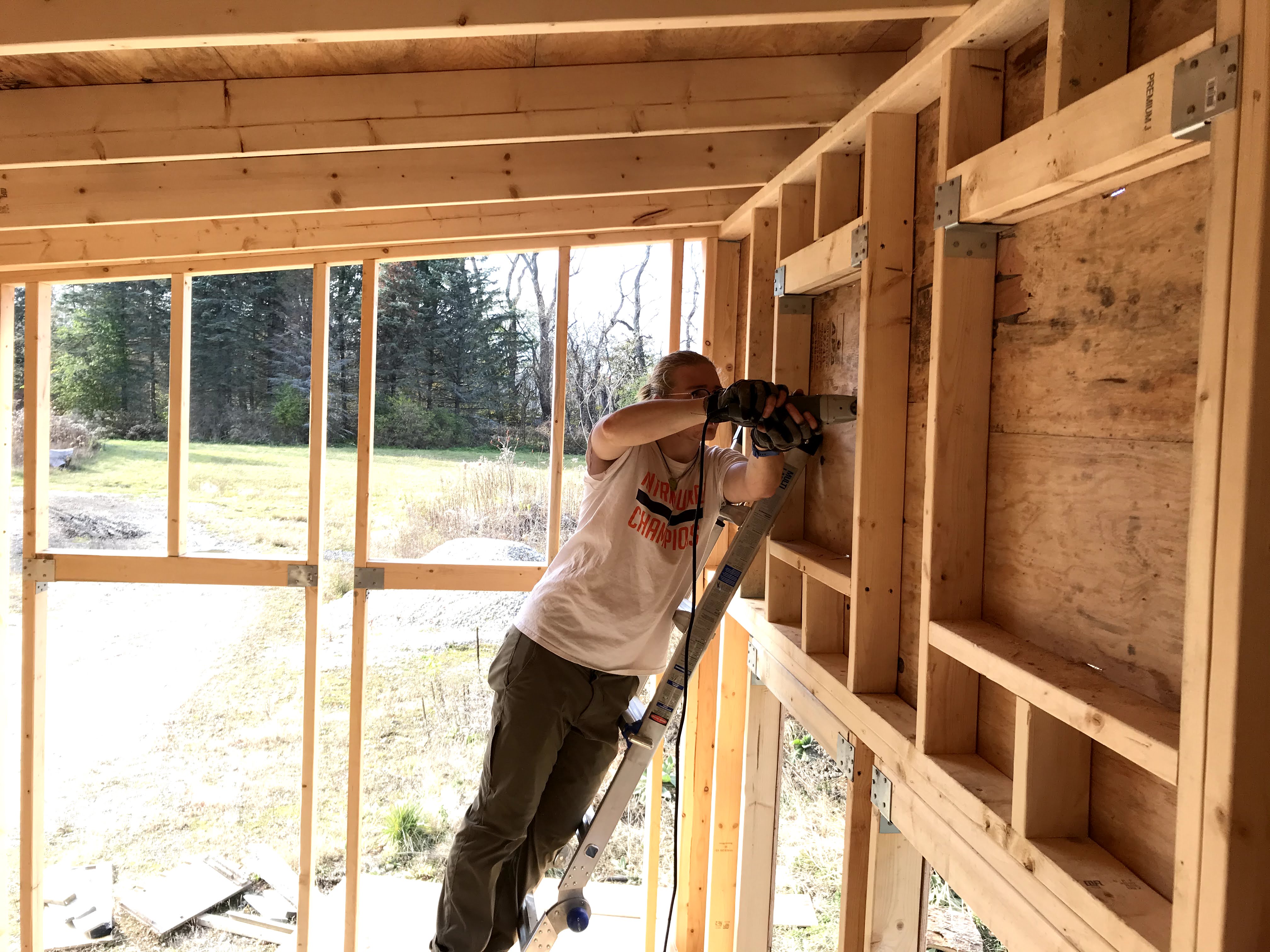 The group had to develop workarounds in order for friends and family to partake in the project. If anyone else wanted to help out, they took  the proper precautions by getting tested and remaining isolated. Still, the students received plenty of visitors eager to assist them with their project.

The tiny house is far from done, and de Besche is currently studying abroad in Norway. The group plans to reconvene after the semester ends to continue their work.

While reflecting on the experience, de Besche noted that the project allowed him to develop different perspectives. “It felt like I had a new sense of what is important in life,” he said.