Home » News » ‘There Is No Known Threat to the Campus’: Gettysburg Police Respond to Shooting Near Race Horse Alley, Victim in Critical Condition

‘There Is No Known Threat to the Campus’: Gettysburg Police Respond to Shooting Near Race Horse Alley, Victim in Critical Condition 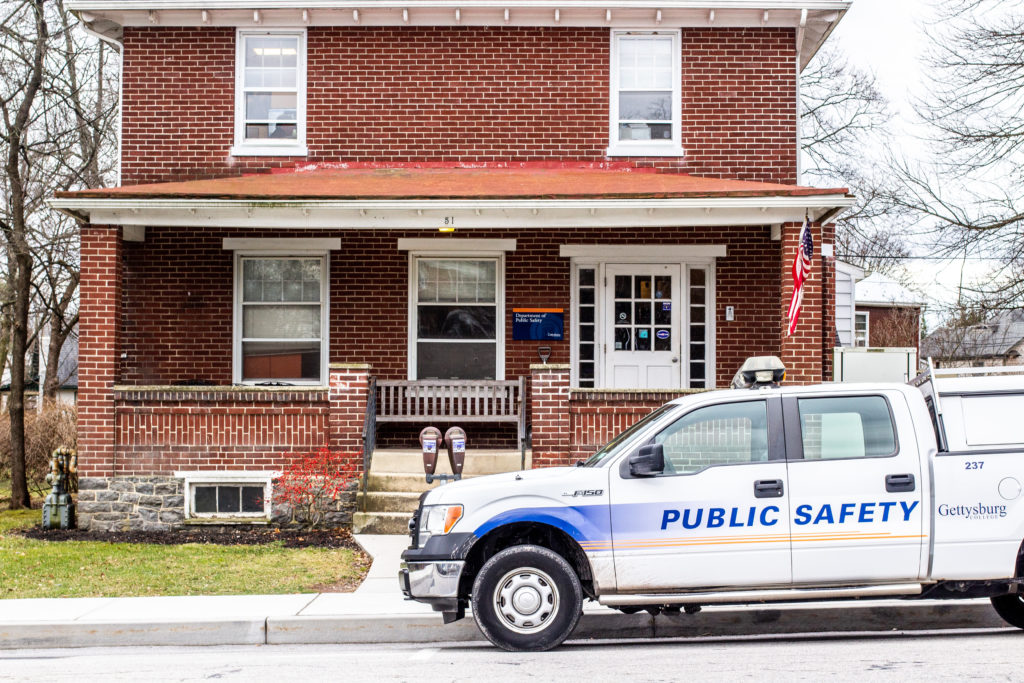 Gettysburg Police responded to a reported shots fired call around 12:15 a.m., and found a gunshot victim on Chambersburg Street who was then transported by helicopter to a trauma center in York.

The suspect has been identified as 20 year-old Benjamin Fischer, who is currently in custody. Police obtained a search warrant for Fischer’s home following their investigation of the scene, and discovered the gun that they believe was used in the incident in his possession.

Fischer is a member of the Gettysburg community, but is not a Gettysburg College student.

Executive Director of Public Safety Bill Lafferty shared that the victim of the shooting is from the Harrisburg area, and that the individual’s “identity is being withheld pending notification of family members.”

According to information provided on the Gettysburg Police Department’s Facebook page, the victim underwent “emergency surgery for the gunshot wounds” and is currently in critical condition.

Due to an ongoing investigation being conducted by the Gettysburg Borough Police Department, a portion of Race Horse Alley near the Ice House residential complex has been blocked off and students are being told to avoid the area.

“There is no known threat to the campus,” Lafferty said. He added that the Gettysburg College community will be updated as necessary pending the availability of more details.