Home » Opinions » Opinion: DPS Should Not Have Access to Tasers 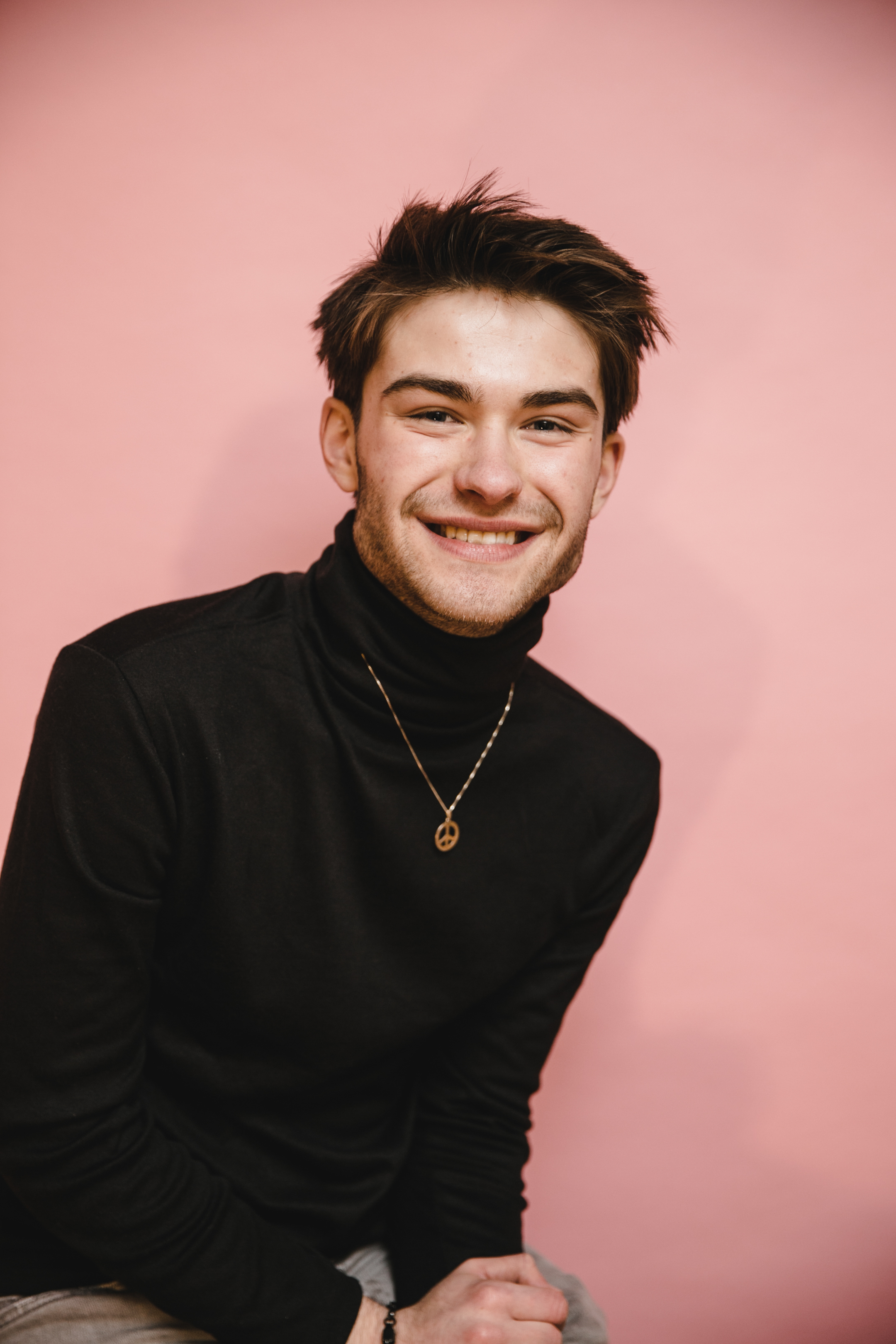 DPS officers have been equipped with tasers for the last few years, and they pose a serious danger to public safety on campus. DPS introduced stun guns because of an external report that recommended the use of stun guns to better protect DPS employees and individuals on campus from serious bodily harm without resorting to lethal weaponry.

Unfortunately, this recommendation — though well-intentioned — is disconnected from campus life and creates more problems than it resolves. The lethality of tasers and the threat they pose to students (particularly students of color and those with mental illnesses), the ineffectiveness of taser use in most DPS calls, the rarity of serious bodily threats on campus, and DPS’s institutional make-up negates any safety that stun guns may bring to campus. Meanwhile, the presence of stun guns among DPS employees poses significant threats to student safety.

Despite stun guns originally being promoted as non-lethal weapons, their contemporary use has proven otherwise. A study published in the American Heart Association research journal has shown that the use of stun guns on a person’s chest can induce cardiac arrest. Amnesty International’s 2008 review of global stun gun deaths found that a majority of the deaths where a stun gun was used were fully or partially caused by the use of a stun gun. Most of the time, stun guns exacerbate an underlying health condition or the effects of drugs on the victim at the time of the weapon’s discharge. The prominent stun gun manufacturer Taser made a major policy change that corrected their advertisements and instructions to reflect the mounting new research proving stun guns cause cardiac arrest.

Tasers are also ineffective at de-escalating security situations. A recent investigation by American Public Media found that police departments rate stun guns as “less than effective” because in a third of the 3,000 cases where stun guns were discharged by police officers between 2015 and 2017, tasers made suspects more aggressive and less compliant, escalating the interaction. This poses an unnecessary risk for both suspects and police officers. Of the third of cases where an incident escalated, over a quarter of suspects died. According to a former NYPD hostage negotiator and current professor, a person’s physical stature and levels of adrenaline, medication, and illicit drugs play roles in resisting the effects of stun gun shocks and increase the likelihood of fatal outcomes from stun gun discharges. Furthermore, the national guidelines for behavioral health crises urge restraint and de-escalation. Using tasers in trying to subdue a person under mental distress often not only fails to subdue them, but also exacerbates their condition and the tension of the situation for everybody involved.

The fact that stun guns and other lethal weapons more often than not escalate situations is exactly why the on-call Residence Life professional is usually responsible for handling distress calls. According to the 2017-2018 edition of the DPS handbook, DPS acts in a supportive role only, which consists of securing a perimeter and contacting paramedics and police when necessary. Most mentally ill and drunk people are not violent—and neither are students who undergo anxiety attacks.

The most common kind of calls made to DPS, according to Director Bill Lafferty in a June 2019 meeting with a group of Student Senators (including myself), are medical calls and students undergoing some kind of personal distress. Therefore, the overwhelming majority of the time, the presence—let alone use—of lethal weapons is antithetical to peacefully resolving a possibly tense standoff, and ensuring public health and safety. No students undergoing mental health episodes, panic attacks, or intoxication are helped by the use or the threat of a lethal weapon. If a situation cannot be de-escalated, DPS employees are trained in physical self-defense and are equipped with pepper spray, which is non-lethal if it is not used in excess.

The improbability of serious bodily harm posed to students is evidenced by the fact that school shootings are extremely rare and the use of a gun is extremely rare in self-defense. Additionally, not all DPS employees have stun guns. If they are so crucial to campus safety, why isn’t every DPS employee equipped with one? Even if all DPS employees were equipped with a taser, it is unlikely that a DPS officer could respond quickly enough to prevent or stop a violent individual on campus. Finally, these stun guns have never been used outside of training by any of the employees who carry them, according to an email sent by Lafferty.

Besides, even if an active shooter scenario occurred on campus and DPS could effectively use stun guns to prevent or stop such a horrific situation, DPS is legally unable to respond to the situation. According to the DPS handbook,“[o]fficers should not approach a hostile situation. Wait for local law enforcement and assist as necessary.” Instead of directly responding to an active shooter situation, DPS officers are instructed to contact the borough police department and assist the police in evacuation and securing the perimeter of the crime scene. Similarly, DPS does not have the authority to arrest or detain students or any individuals on campus-owned or affiliated property because DPS is not a law enforcement agency: “Department of Public Safety (DPS) personnel are unsworn security personnel for Gettysburg College and have no official powers of arrest authority.”

Since these officials are not law enforcement, we should not trust them to handle weapons we wouldn’t trust any other individual to have—such as a professor or a facilities employee. But that is exactly what is happening here: we give DPS the mantle of law enforcement, even though by all measures they are not.

We cannot allow misnomers like “law enforcement” and irrational fears of campus violence to drive college policy, especially as doing so poses a significant threat to students on our campus. This is all the more important because the students who are most likely to come into contact with DPS are those who could be harmed the most if DPS officers misjudge the situation and overreact by using a taser.

Mentally ill suspects are 16 times more likely to be killed when encountering police compared to the non-mentally ill. According to the National Institute on Minority and Mental Health, African Americans are 20 percent more likely to experience serious psychological distress than whites are. Further, African Americans ages 18–49 are twice as likely to die from heart disease than white 18–49 year-olds, according to the CDC. Heart disease increases the likelihood of cardiac arrest, especially when paired with other risk factors, such as getting shocked with hundreds of thousands of volts of electricity.

Furthermore, implicit racial bias in police decision-making is well-documented and researched; Black Americans are more likely to experience types of force other than being shot, including being handcuffed without arrest, pepper-sprayed, or pushed to the ground by an officer, than white Americans, according to the National Bureau of Economic Research. Data from 12 police departments examined by scholars at the University of California found that Black residents were more often subjected to police force than white residents, even after adjusting for whether the person had been arrested for violent crimes. Likewise, a 2015 study found that “there is no relationship between county-level racial bias in police shootings and crime rates (even race-specific crime rates), meaning that the racial bias observed in police shootings in this data set is not explainable as a response to local-level crime rates.” Among incidents of fatal police taser use, Black Americans make up a disproportionate share of those who die, according to a Reuters analysis. In short, there is a significant portion of this campus at high risk of having unnecessary or excessive force used against them, especially when DPS uses stun guns. This same portion of the campus is also significantly more likely to have the underlying health conditions that cause the use of tasers to be deadly. Additionally, this same group is also most at risk for suffering from abuse by officials who aren’t directly responsible for responding to the situations for which DPS is equipped with tasers.

This is the opposite of public safety.

The most effective policy is to remove DPS’s access to tasers, as it results in more harm than good for public safety. This proposal is put forward in a new Student Senate Opinion authored by the Student Senate Safety Committee.

We must be proactive in protecting the lives of our students. Taking away tasers from DPS increases the safety of all of our students, especially students of marginalized communities, and saves the college money. All victims of excessive force and brutality by those in power deserve justice. Having a system that establishes justice for all is the only thing that will allow for the long-term success of our college and campus community. I urge everyone to support this proposal banning the use of stun guns by DPS employees.

If you have any questions about or interest in the proposal, please reach out to Co-Chairs of the Student Senate Safety Committee Colin Hughes and Electa Willander at hughco01@gettysburg.edu and willel04@gettysburg.edu