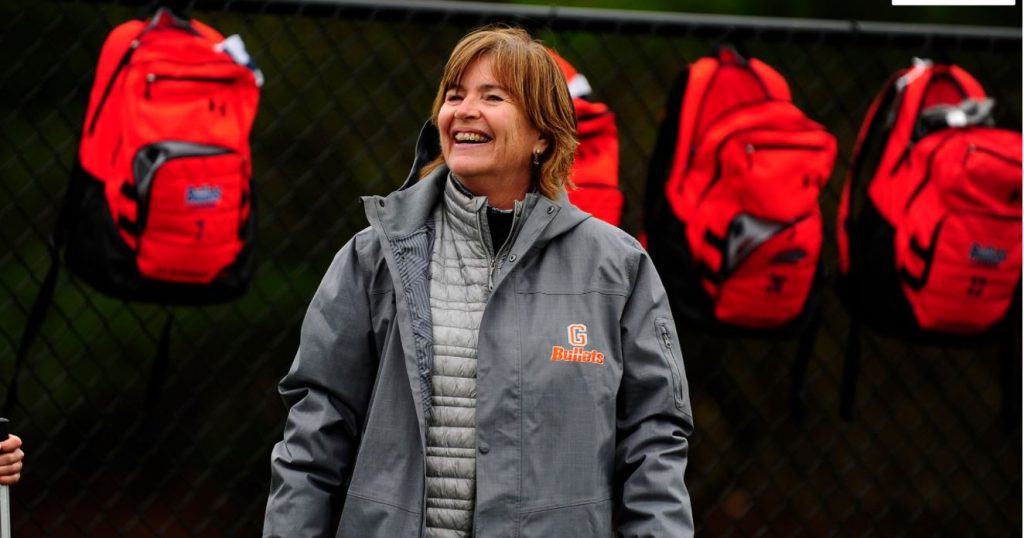 Head coach of the women’s lacrosse team at Gettysburg Carol Cantele has received the greatest honor a coach can obtain. After twenty-eight years of heading one of the most successful lacrosse programs in the nation, Cantele has been selected to the Intercollegiate Women’s Lacrosse Coaches Association (IWLCA) Hall of Fame. With a career record of 422-110 and 12 Centennial Conference championships in the process, Cantele’s selection is well backed.

Coach Cantele started her coaching career shortly after graduating from Gettysburg in 1983. She knew she wanted to be a Physical Education teacher and a coach, taking after her mentor and former coach, Lois Bowers. Cantele started to teach and coach in the Philadelphia area, but truly fell in love with the coaching aspect and wanted to make a career out of it.

After Philadelphia, Cantele went to Miami University in Ohio and became a graduate assistant coach for the Division I field hockey team there. From there, she got a job at Plymouth State University as the women’s field hockey and lacrosse coach for four years before replacing her role model, Lois Bowers at Gettysburg.

Cantele took over both the field hockey and lacrosse programs at Gettysburg and said she models her coaching after Bowers, emphasizing the “person before athlete” concept.

When Cantele got the call telling her she had been selected for the Hall of Fame, she told The Gettysburgian was taken aback and filled with shock.

“Damn, I’m too young for this. Let the older coaches in first,” Cantele jokingly said. She went on to say how much her selection represents to those who have been by her side throughout her incredible journey, mentioning athletic directors, college presidents, her athletes, and longtime assistant coach, Barb Jordan.

Cantele’s teams do not only represent great lacrosse, but a good community, as the program encourages its athletes to become solid citizens on campus. She also emphasizes that while her team always strives to leave a legacy on the field and play competitively, they do not worry about numbers or results, but simply focus on trusting the process.

While this and last year’s seasons have certainly not been under normal circumstances, Cantele says that those two teams are the most memorable.

“I am impressed by the leap of faith these young women have taken,” Cantele said. Although the Centennial Conference has postponed play for the 2021 season, there is still hope for some sort of competition.

The team will aim to start playing games in mid to late March against other schools and have these contests still count towards a chance to go to the NCAA national tournament.

Whatever this unconventional season may bring, Coach Cantele’s selection to the Hall of Fame represents her admirable career and comes after many successful seasons at Gettysburg.