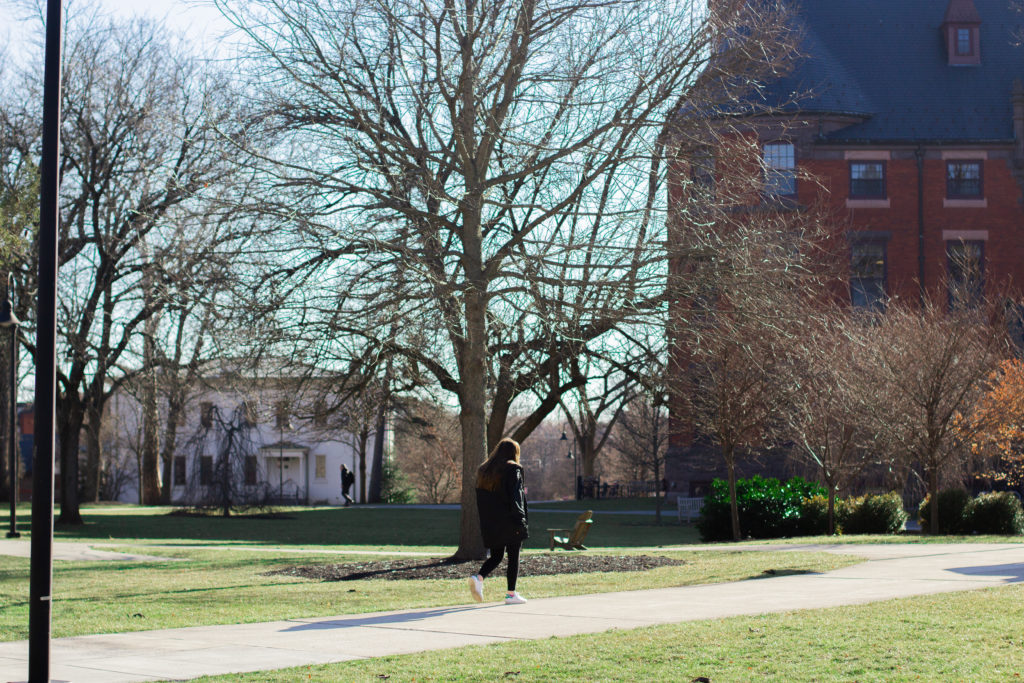 On Monday, Feb. 15, Student Senate held its first in-person meeting in nearly a year in Mara auditorium. With a capacity of 29 people, Mara was able to hold voting members while all other attending parties tuned in via Zoom. Five members of the executive board attended the in-person meeting, and Secretary Jenna Giordano ‘23 joined virtually.

The spring semester affinity group leaders along with a few senators at large were officially sworn in on Monday evening.

The senate went on to adopt the proposed mandatory events amendment that had been circulating since last semester. This amendment compels senators to attend club meetings of different affinity groups over the course of the semester to promote greater understanding amongst the senate for different clubs’ needs from the governing body.

A new amendment dictating that committee chairs are decided by the whole executive board, rather than being appointed by the president, was tabled.

Many concerns revolving around the Mobile Health testing emails and website came up, and students voiced concerns about the glitches that kept them from scheduling their tests. Adviser Jon Allen assured students that the college is working closely with Mobile Health to fix those issues.

Senate will reconvene on Zoom on Monday, Feb. 21.