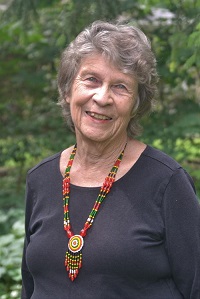 As Gettysburg students and community members filed through the farmers market this past autumn, they may have passed a small stand selling handcrafted purses and banners. If they stopped to read the sign, they would have seen the items were created by Bosnian women whose lives have been deeply affected by the Bosnian War and Siege of Sarajevo.

Gettysburg College’s Professor Emerita Janet Powers set up the stand, the proceeds of which are returned to the Bosnian women. A longtime member of the Gettysburg community, Powers taught at the College from 1963 to 2013. Powers was one of the leading members of the Women, Gender, and Sexuality Studies Department at Gettysburg, then called Women’s Studies. Her extensive work with international women’s groups and teaching at Gettysburg College has created a fascinating story of dedication to women’s rights and education.

From an early age Powers has traveled the world, fostering a lifelong passion for global issues. One of her first forays into travel was through an international Girl Guide Program which took her to Windsor Castle, Amsterdam, and Holland. Later, Powers received a Rotary Foundation Fellowship for International Understanding to study in Pakistan.

During her travels, Powers often meets with women’s groups in the area to learn about the obstacles they face; her work at Gettysburg reflected these interests. In the Women’s Studies Department, Powers quickly became a specialist in international courses which dealt with women. A great deal of her teaching and writing also stemmed from her peace-building work in places such as Bosnia and Palestine.

Powers’s involvement with Bosnian women’s groups began with a friendship in Gettysburg. Around 2011, Professor Powers met a Bosnian refugee who had fled with her husband from the Bosnian War, which lasted from 1992 to 1995. As a Catholic married to a Muslim, Powers’s friend did not feel comfortable returning to her home country with her husband, so Powers agreed to go with her.

Powers described their relationship, saying, “She was my interpreter, and I was her bodyguard.”

The two women, deeply devoted to peace, ended up organizing a music and dance concert which united the two groups historically at odds in the area: Christians and Muslims.

Powers and her friend returned each year for three years to continue the tradition, after which a cultural center took over the concert.

True to her habits, Powers collaborated with women’s groups in Sarajevo during this time. More than a decade after the Bosnian War and Siege of Sarajevo, women were still dealing with the psychological and economic fallouts of the battles. A 43 percent unemployment rate had women standing on street corners selling lace and crocheted tablecloths. 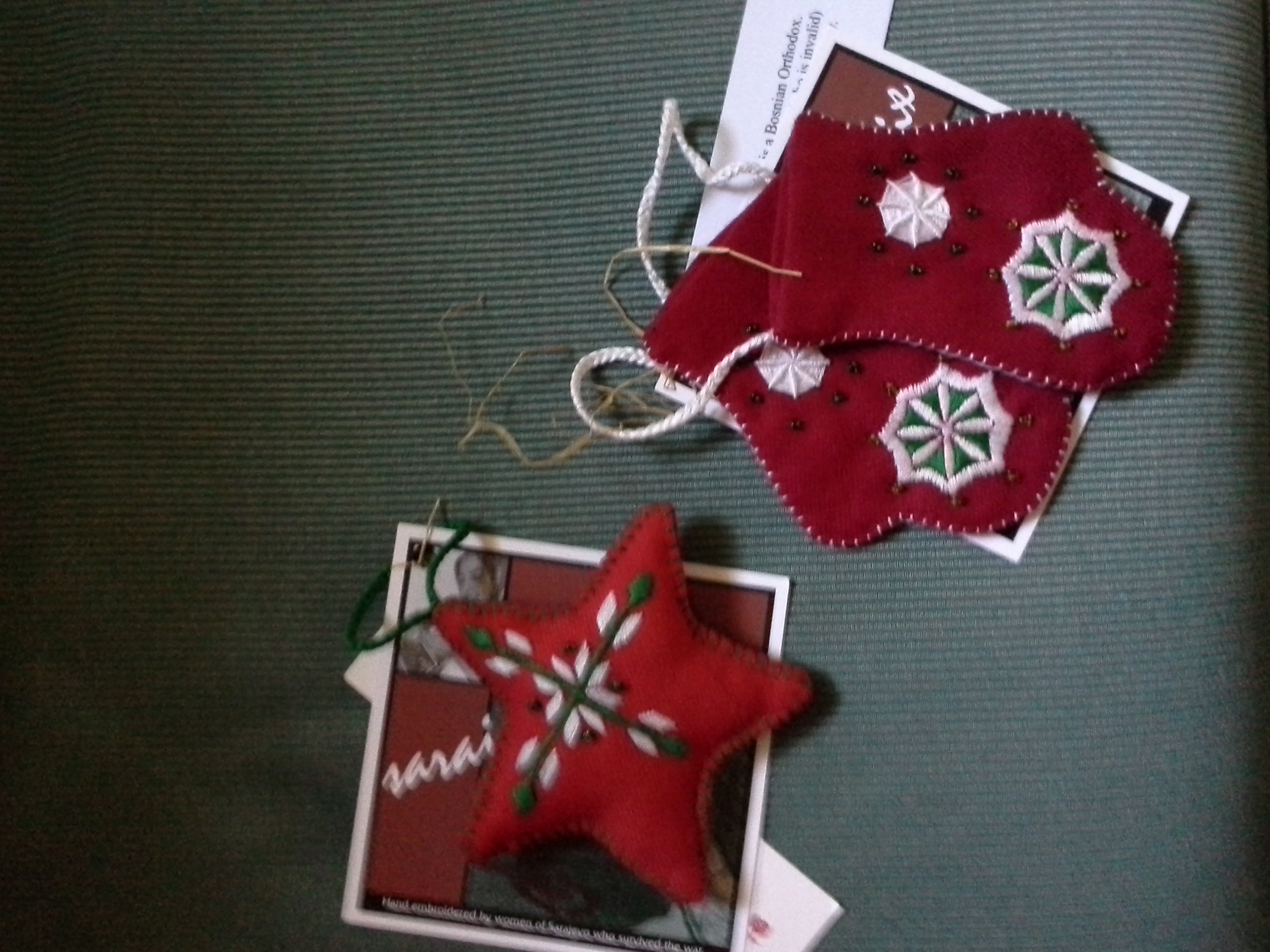 The group, which ultimately became a center point for Powers’ involvement in Sarajevo, is called Sarajevo Phoenix. Founded by a well-known Bosnian actress, the organization is comprised of war widows whose sewing serves as both income and emotional healing. Their name is symbolic of rising from the ashes just as the mythical phoenix does.

The women of Sarajevo Phoenix are Jewish, Christian, and Muslim. They work out of their homes creating eyeglass cases, bookmarks, purses, and clothing. Powers brings back items and sells them at markets, festivals, and online; she continues to feel a fervent dedication to the cause: “I used to go around to every church bazaar and every Christmas sale and every Easter sale in the county,” she said.

Powers’s dedication to women and global issues has lived on not only through her continued efforts with Sarajevo Phoenix, but also through her pivotal role at Gettysburg College. After coming to the College in 1963, Powers remembers the electrifying time surrounding women’s issues, especially in education.

“Women of my generation faced a lot of barriers. Women didn’t become doctors; they didn’t become lawyers. And they weren’t expected to become college professors,” she said. “A lot was going on nationally as well. Books were being written. The Feminine Mystique was a well-known one written at that time. It was called women’s lib, at first, like women’s liberation. There were a lot of movements going on: marches, protests, bra burnings.”

Gettysburg was not unaffected by these demonstrations and cultural questions. While many faculty members favored instituting a Women’s Studies department, others remained unconvinced. Powers specifically remembers several male faculty who “really objected to it.” At one point during a meeting, a male faculty member in parasitology studies argued that nothing in his work applied to women’s issues.

Laughing, Powers remembered the response a women’s advocate gave: “[She] pointed out that in the natural world males prey on females and males can be parasitical. She just totally nailed him.”

Another original faculty member of the Women, Gender, and Sexuality Studies Department, Professor Temma Berg, recalled the “contentious faculty meeting” where they approved Women’s Studies and dwelt on its causes.

“There were people who felt it was just fashionable, it would go away, that people were just getting on to the newest thing. But we didn’t quite go away. We just got stronger,” Berg said.

Berg continued by noting that the controversiality of the program entailed the fear of change: “We’re always afraid of change. What was the last election about except fear of change? I mean people were very afraid of all the change that was happening under Obama, and they wanted to make America great again, make it look like it did in the 50s,” she said.

Another current event still affecting women’s issues across the globe, and Powers’s involvement, is COVID-19. While hearing about an uptick in domestic abuse from women’s groups, Powers has also struggled to raise the same amount of money for Sarajevo Phoenix that she amasses in a “normal” year. Powers said that in other years she has sent back as much as $2000, but if she makes $500 this year, they will be lucky. In light of the pandemic, Powers also hoped to receive a shipment of masks soon.

Sarajevo Phoenix sold items on Etsy to raise purchases. On the site are a number of Christmas ornaments, banners, and tops. Powers has also written about her experiences in Bosnia and beyond in the books, Circles on the Mountain: Bosnian Women in the Twenty-First Century, Blossoms on the Olive Tree: Israeli and Palestinian Women Working for Peace, and Kites Over the Mango Tree: Restoring Harmony Between Hindus and Muslims in Gujarat.

When asked what has struck her most while engaging with women’s groups across the world, Professor Powers focused on similarities rather than differences.

“I think what struck me the most was how everywhere in the world women are trying to deal with the same issues—political violence, domestic abuse and trafficking,” she said. “We all speak the same language; we all know exactly what’s going on. We share a bond just because we’re women. We face certain issues, no matter what country we come from or what religion we have. Women everywhere face the same problems.”