“I Beseech You” at Schmucker Art Gallery: The Feminist Movement, 100 Years Later 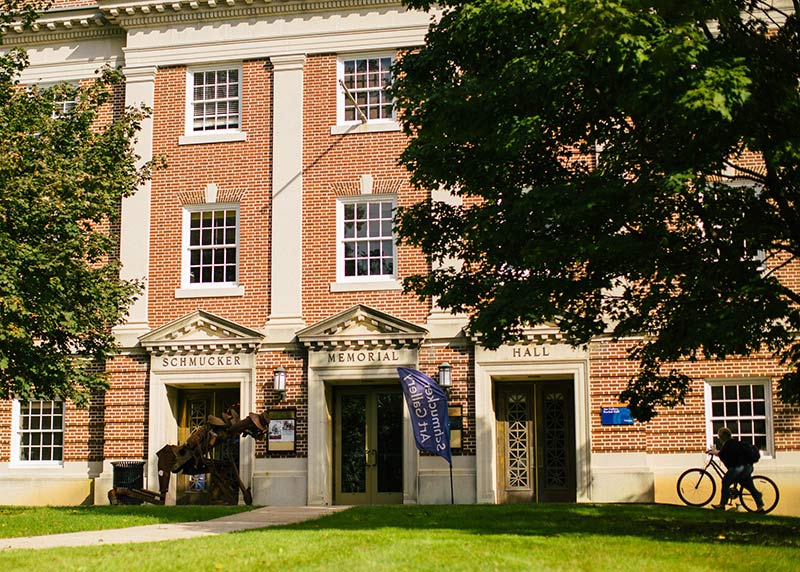 This August marked the 100th anniversary of the Nineteenth Amendment, which granted women the right to vote in the United States. This milestone anniversary was celebrated by women across the country, but it also provides an opportunity for somber reflection on how far the women’s rights movement has come, and how much farther it has to go. The Schmucker Art Gallery’s exhibition “I Beseech You: Women, Art, Politics, and Power” is a thoughtful and inclusive collection of artwork to mark this anniversary; Gallery Director and Art History Professor Shannon Egan went so far as to paint the walls of the exhibit purple, the traditional color of the American suffragettes. Details like the walls help showcase how much thought and consideration curators put into this exhibition. The carefully selected works of art invite visitors to ponder questions of female empowerment, activism, and inclusivity in modern-day America.

The namesake of the exhibition and one of its central pieces is “I Beseech You” by Black female artist Carrie Mae Weems. “I Beseech You,” which depicts a solitary boat on a lavender-tinted sea with a storm on the horizon, was inspired by the 1996 Democratic National Convention in Chicago. Though the work is 24 years old, its message is still relevant today, and the purplish tint calls back to the iconic color of the suffragettes. A textual overlay implores, “Tell me, I beseech you, when I casted my vote to you, did I cast it to the wind?” The image is impactful, and many years later, there is still no answer to the question Weems poses. The Nineteenth Amendment only gave a small selection of women in America the right to vote, and many American women feel like their voices are still not being heard in the greater political landscape.

When the Nineteenth Amendment passed, only white women gained the right to vote, and women of color had to continue to fight for their rights for many years after, sometimes with minimal support. Some of the great icons of the suffragette movement, including Susan B. Anthony, held deeply racist views. While advocating for their own liberation, they were participating in the suppression of others. Though the Nineteenth Amendment was a milestone event in American history, it is important to acknowledge that the narrative surrounding it is only one part of the story, and history often uplifts the viewpoints of certain people or groups more than others. What is so beautiful about the “I Beseech You” exhibit is that the curated works uplift the voices of women of all races, classes, and identities. Though they are all different, they all deserve to be heard.

Directly opposite to Weems’s work is “Butcher” by artist Sue Coe, an English social protest artist. Inspired by “To the Lamp Post” by German artist Max Pechstein, the work depicts the desecrated corpses of cows, pigs, and other livestock in horrifying positions, accompanied by a gothic, blood red font reminiscent of the cover of a horror novel. Though at first glance Coe’s work seems different from Weems’s, both pieces highlight how women can use art to make social change and impact policy by instilling emotion, terror, shock, or awe in the viewer. While Coe’s work has generated controversy due to its comparison of abuse against animals to abuse against humans (particularly Jewish people massacred in the atrocities of the Holocaust), her work radiates an undeniable passion, raw emotion, and ingenuity. She creates work that is brutal and unflinching in a society that does not typically allow women to be brutal and unflinching.

The gallery includes diverse women with diverse voices, each with a unique point of view and specific area of interest. Artist Zoë Charlton uses her art to bring attention to the negative stereotypes about black women perpetuated by modern American media. Another featured artist, Kay WalkingStick, is a talented Native American landscape artist worthy of attention in a society where indigenous women are often forgotten or ignored. Though each artist featured in the Schmucker exhibit has a distinctive artistic vision and style, every work is thought-provoking, as these women use their artistic talents to step out of the shadows and into the light.

The fight for women’s rights has been a long and arduous battle across centuries, but there is hope as more and more women speak up for themselves and their sisters in arms. The “I Beseech You” exhibition also comes at another crucial turning point in American women’s history. On November 7, 2020, Kamala Harris became the first woman, African-American, and Asian-American Vice President-elect of the United States. The election of a woman of color into one of the highest offices in the United States government was met with an outpouring of love, excitement, and optimism from women and people of color across the nation. For the first time in American history, little girls will be able to grow up knowing that they, too, can be represented in the political landscape. Like the storm clouds on Carrie Mae Weems’s horizon, perhaps change is, at long last, rolling in, thanks to the many powerful, creative, intelligent women who have never stopped fighting for what they believe.