Opinion — Honoring Justice Ruth Bader Ginsburg: May Her Memory Be a Blessing 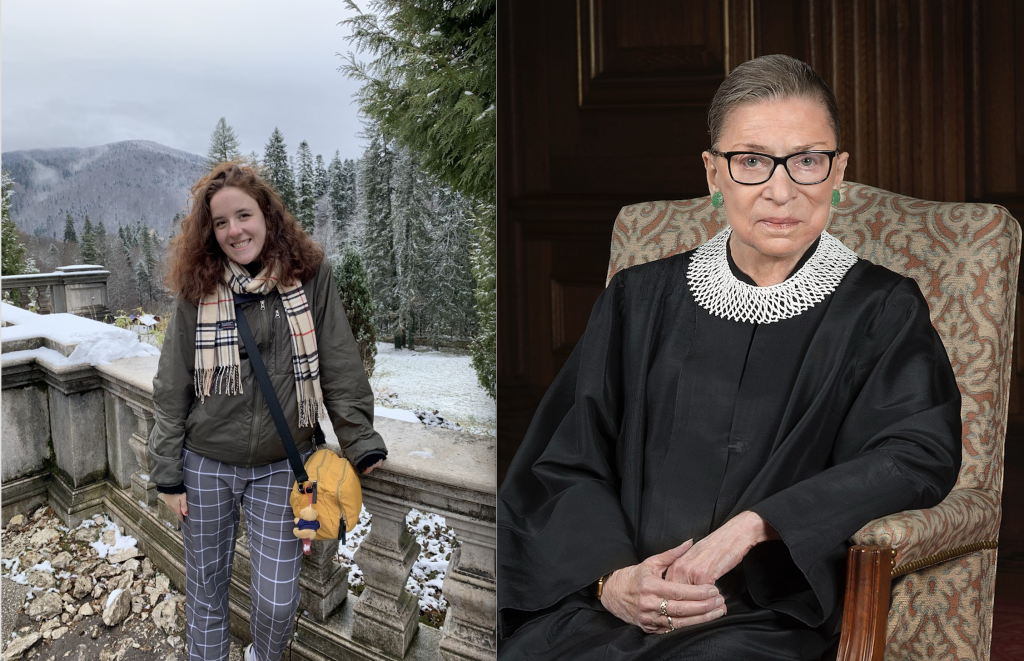 On Friday, September 18, 2020, Supreme Court Justice Ruth Bader Ginsburg, affectionately referred to as the Notorious RBG, passed away. She was 87 years old. Death is never an easy thing to face. As such an important figure, her passing was incredibly painful for so many across the country. It seemed to be yet another horrific incident in this long and painful year. In the initial moments of hearing of her death, I was filled with dread. My whole body felt heavy, and my heart had plummeted into my stomach. Just moments before, I had attended an online ceremony for Rosh Hashanah and felt even more sorrow at the realization that this Jewish woman had passed on such an important holiday.

In Judaism, Rosh Hashanah translates to the “head of the year” and is the celebration of  the new year. Ten days following this holiday is Yom Kippur, the Day of Atonement. In general, this time of year is one of the holiest for those who practice Judaism; it is about looking back at the past year and considering what can be done to improve on yourself in the future.

This year, because of Ginsburg’s death, many have been looking for a deeper meaning in the holiday. I had seen the tweet going around that popularized a new idea to me, that when a person dies on Rosh Hashanah, they are considered a tzaddik, a person of great righteousness. During my many years going to my reformed Jewish Sunday school, I had never heard of this concept, so I wanted to look into it a little bit more to see the root of it.

This concept is based on a somewhat obscure Jewish tradition that has gained traction in the past week. As outlined in an article from the Jewish Telegraphic Agency written by Jewish journalist Ben Harris, the idea is thought to have originated in a creative writing of the Babylonian Talmud. He sees it as being less of Jewish law and more fitting in the realm of legend. In this article, Rabbi Rick Jacobs, the head of the Union for Reform Judaism, explained the theological idea that “if you die at the end of the year, literally on the cusp, which is exactly when Ruth died, that means in a sense that you’re assured for that whole year because you’re one of the righteous people.”

I am not a Jewish scholar and have never flipped through the pages of the Talmud, let alone even thought about the book of Jewish religious law for more than just a passing moment. My faith has often been more rooted in the cultural aspects of Judaism rather than the spiritual ones. But the new notion that I had been introduced to this Rosh Hashanah had provided me with a bit of solace. Assigning this honor to Justice Ginsburg had shifted my thinking of her death into being something more meaningful.

However, it was not just the date of her passing that helps to characterize Ruth Bader Ginsburg as a righteous individual. She was an extremely intelligent and determined woman. Throughout her life, as a woman pursuing a career in law in a male-dominated world, she always needed to prove herself. When she began her legal career, her intentions were not always fixated on women’s rights. Only after facing years of discrimination, being a Jewish woman and a mother, had she shifted her focus.

As a result, she helped found the Women’s Rights Project (WRP) with the American Civil Liberties Union (ACLU) and had brought six cases regarding gender equality to the Supreme Court, winning five of them. The creation of the WRP inspired many others to take up similar projects, which greatly increased the number of cases that combatted gender discrimination. With these cases and the WRP, she helped push forward women’s rights, establishing her legacy as a pioneer for gender equality.

She eventually was nominated by President Clinton to the Supreme Court in 1993, becoming the second woman and the second Jew ever to hold this position. As a Justice of the Supreme Court, Ginsburg made a name for herself and became a cultural icon for her impassioned dissents against the male-dominated bench.

You do not have to align with her politically in order to respect her and honor her legacy. You do not have to align with her religiously to consider her death to be one of meaning, to see it as the passing of a tzaddik, a righteous individual. Regardless of whether or not everyone agrees with the positions taken by Ginsburg, it would be a disservice to her to ignore the impact that she had on America, both through the societal changes she fought for and the cultural phenom she became.