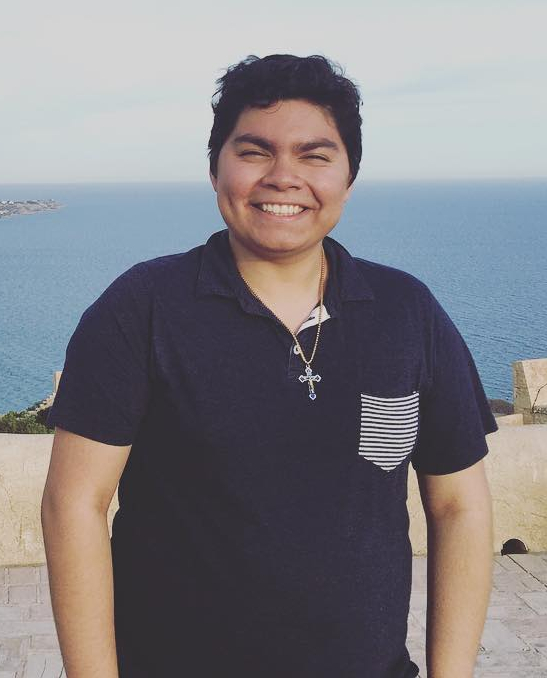 By now, the average Gettysburg College student has either packed up their things and left our now disgraced campus community or is trying to make the most out of the rest of their freshman year. The email sent to students, faculty, and parents on Friday was the latest debacle in a series of bureaucratic failures and a lack of accountability from both the administration and several members of the student body. There are many reasons for why we went home (bureaucratic inefficiency being one of the most prominent), but I have become unconcerned with what I already knew to be true about central planning. For the past few days, I have decided to refocus my anger at the school into more productive thinking about what exactly made this entire mess possible. I now feel that the recent actions of the administration have finally inspired me to release this informal essay on why higher education is not always worth its cost.

The first question we must ask ourselves is related to the demand-side of the equation. Why exactly are we, the students, even at college? Many would answer that society pushes us into filling university seats and getting a degree to do poorly defined things like “expand our horizons” and “teach us how to think.” Gettysburg College’s own mission statement reads as follows:

“Gettysburg College is a residential, undergraduate college of the liberal arts and sciences that prepares students from across the nation and around the globe to pursue lives of personal and professional fulfillment and to engage the complex questions of our time through effective leadership and socially responsible citizenship.”

Anyone who understands me well knows that I detest dogmatic and virtue-signaling hyperbole, and that it is hard to convince me of anything without solid economic theory and rigorous statistical analysis. I have thought a lot about why I am at Gettysburg, and the answer should not be different for a lot of the students who may be reading this article. I am here because most of the jobs that are available for people like me who have interests like mine require a college degree of some form. The idea that I am here primarily for any other reason besides my diploma is farcical. While I have thoroughly enjoyed the experiences that many faculty members and students have shared with me over the last four years, it simply would not be worth the sticker price of $74,390 a year I paid were it not for the degree I would take with me.

In economics, we call this the signaling theory of education. In the context of higher education policy specifically, signaling refers to the idea that the higher earnings that college graduates seem to experience upon graduating is not because they have actually learned anything applicable to the workforce while at college, but because they chose to receive a stamp of approval (or signal) that they use to persuade employers of their value and worthiness of investment. In other words, it is a fallacy to view higher education as any kind of job training. Instead, it is more correct to say that we use our higher education signal (our diploma) as a passport to receive the actual job training we get at our first job. The reason why employers choose to use a degree as a signal of productivity and intelligence is because it generally costs a lot of time and resources to hire someone. The human resources department of any company can take their time to go through your personal records to determine how apt you are for the position you have decided to apply for, but this process is far more costly than simply checking a box ascertaining that you took the time to earn that piece of paper you spent four years to get. Signaling theory has gained traction in recent years against the longstanding human capital theory (essentially, education = job training) that development and labor economists have been pushing for years.

Many of you may be scratching your heads thinking to yourselves, “but I have learned tons of information that I find inspiring and useful not only for my own edification, but for my potential career as well!” Let me be clear: Signaling is most of the reason why we earn more after college, but not all. Gettysburg somewhat prepares us to write fairly well, understand necessary arithmetic, and compete in a rigorous environment. Indeed, human capital theory accounts for some of the reasons why we earn more after college. After all, I doubt Goldman Sachs is going to hire an entry-level analyst who has not already received the extensive training in economics and finance available to students at Gettysburg. The objection, however, is irrelevant because it misses the broader point of the uglier and oft ignored aspects of overeducation.

Several European countries, including my family’s ancestral Spain, are touted as financial miracles because their state-run institutions of higher learning are available at little to no cost for their citizens. The average Spaniard can enroll in a 4-year degree-seeking program at a cost as low as $1,782 per academic year. While many Americans would drop their mouths in awe at such a low financial burden, one would also find that both an over regulated labor market and a glut of graduates with college degrees has helped push up youth unemployment to a whopping 21.9% . A litany of research has been written about the effects of expanding access to higher education on employment prospects and labor market mismatch, but many of these analyses do not seem to acknowledge the role of the government in subsidizing the actual problem. The development we should all fear deeply as a result is known as credential inflation. The jobs that used to only require a bachelor’s degree now require a master’s degree, and so on. This is an uglier side of state subsidized education that many “free college for all” advocates seem to forget. Not everyone can enjoy the financial benefits of a college education if everyone has a degree. If anything, it will only exacerbate many of the financial inequalities that this program seeks to address. Particularly after the Great Recession in Spain, an entire legion of young people who were neither employed nor educated became the butt of a joke (colloquially known as ninis , from the Spanish phrase for ‘ ni estudia, n i trabaja’ meaning ‘neither studies, nor works’). This is the kind of cultural disaster waiting for the American people if they fall prey to the siren song of calls to “invest more in higher education.”

The question for our generation will morph into a debate on how many people should be getting educated, and whether the billions of dollars this country funnels into institutions of higher learning are even worth it (or maybe even counterproductive). If the vast majority of students at Gettysburg are not going to enter academia in some capacity like I plan to, then what is truly driving our decision making? Two springs ago, the staff at Musselman Library put up a poster on the main floor asking students what higher textbook prices meant to them. I will never forget that one student boldly wrote “…the gentrification of knowledge.” To that assertion I retort, “Are we not demanding the product?”

Demand is obviously only one side of the story, so now I will move to the supply side: the universities themselves. College tuitions around America have consistently increased for the last thirty years, and students know this burden more than anyone else. Tuition was raised nearly 4% this academic year alone, and students are feeling the financial pressure in both their out-of-pocket and future student loan costs. Why are colleges raising tuitions for their students? Are they unaware of how many members of our campus community may already be in hard financial situations with very low prospects for well paying careers ahead of them? After all, they would certainly have access to such relevant information from their alumni network and the Center for Career Engagement. The answer lies in a mixture of bureaucratic expansion, increasing availability of financial aid opportunities, and the simple fact that there are more students.

From 2001 to 2011, spending on bureaucratic structures in universities across America have increased 50% faster than spending on the number of classroom instructors has. These decisions are unfortunate but not at all unpredictable. Despite economic recessions and increased demand, universities have expanded their bureaucratic networks to account for supposed college needs that require different positions with no real qualitative difference. As George Mason University’s law professor Todd Zywicki quotes in his book Unprofitable Schooling: Examining Causes of, and Fixes For, America’s Broken Ivory Tower :

This is certainly the case for Gettysburg. I dare readers of this article to go through Gettysburg’s website and count every single staff member in the College’s more than 70 offices. Financial aid in the form of both private and public support for education is also going to raise demand for degrees, and Gettysburg is no exception. When I applied to colleges, I narrowed down my decision to both Gettysburg College (in cold Pennsylvania) and Pepperdine University (in sunny California). Gettysburg offered a strong academic curriculum and a very good financial aid package paid mostly through private donation, and so the incentive ended up being too good to pass up. I am sure this is true for many of the students and alumni reading this article. If the college wants to diversify its student population in racial and socioeconomic terms, it definitely knows what it is doing when it sends President Iuliano to spend a portion of the year at fundraisers schmoozing with some of our wealthier alums for hefty donations. This may be a worthwhile investment, but we should not be angry nor surprised when Gettysburg decides to raise tuition to compensate for all of the increased spending money it can attract. This is simply the law of supply at work.

All in all, the supply side of the equation can be managed if students and faculty hold their administrative overlords accountable through powerful review boards keen on fiscal responsibility and realistic planning. The addition of a business major (which turned out to be controversial) and initiatives to attract more students of color through targeted programming and the diversification of our faculty were smart business decisions to attract more students in such a competitive climate, and moves like this should be encouraged. If there is anything the recent coronavirus debacle should have taught us, it is that it could not happen if the moves of the administration were heavily scrutinized by those who abided by their rules. We can make our campus community great if we ditch the meaningless mission statements that colleges force themselves to abstractly abide by and instead pursue the true goal that Gettysburg actually managed to deliver in a simple hashtag: #DoGreatWork.