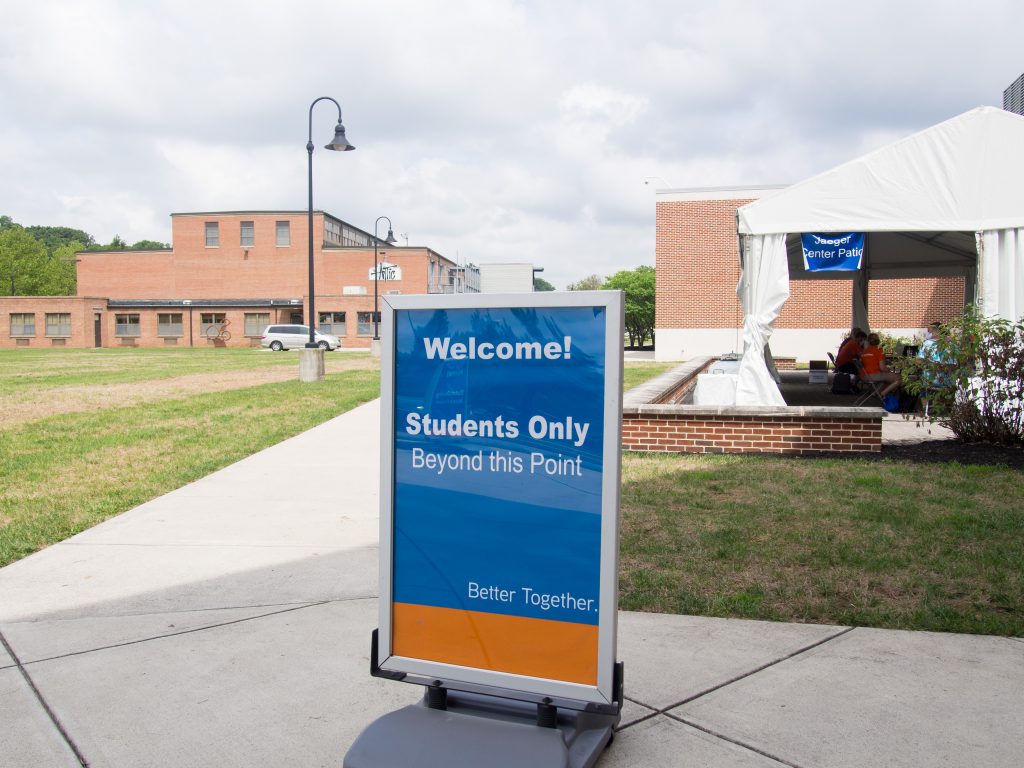 All campus events for the weekend were canceled on Friday afternoon and the students residing in the Gettysburg Hotel, which has been used as a housing option this semester, were told to quarantine after the second round of baseline testing. The library shut down on Thursday for a deep cleaning because students disregarded safety procedures. Just over a dozen college students tested positive for COVID-19 this week. A flurry of communications from college administrators have taken a decidedly more dire tone, the most recent highlighting the beginning of a “concerning pattern shift,” as the college braces for what another weekend might hold. A mandatory town hall meeting is on the horizon.

In an interview with The Gettysburgian on Friday, President Iuliano made it clear that the campus community must use this as a reset moment to decide how we want to respond to the increase in positive cases, and that he is “going to believe in our ability to respond to [the number of new cases] as constructively as possible.”

Katie Mercer ‘21 says that she’s “very worried” after hearing about the results from the second round of student testing—especially since many students seem to be confused about their next steps after potential exposure to the virus. “It’s a strange time to be a public health student at Gettysburg,” she said. “I’ve had students reach out to me and ask about what they’re supposed to be doing when someone they know has tested positive.”

The second round of testing did not require students to quarantine before getting their results, a decision that seemed counterintuitive to Mercer due to her public health training. If students were asymptomatic or mildly symptomatic at the time of testing, no restrictive measures were put in place to stop them from infecting others before receiving their positive test results. “Not mandating students to quarantine after the second round of testing allowed people to engage in the Gettysburg community with no restrictions, possibly exposing them to a student who tested positive and spiking cases [both on campus] and in our surrounding area,” she explained.

First-year students at Gettysburg face unprecedented challenges as they adjust to the residential college experience. Alli Dayton ‘24 says that she’s happy to follow the rules designed to keep everyone safe, but that the lack of social interaction is “certainly having a negative effect on everyone.” She’s noticed her fellow students ignoring the clear guidelines from the college and thinks that a potential outbreak would be attributed to “students walking around without masks, ignoring physical distancing protocols, and gathering in large groups to drink.”

Other students have voiced concern about the spread of the virus beyond campus. Olivia Chatowsky ‘21, a senior French and Environmental Studies major, worries about the impact of sending home students who have contracted the virus at Gettysburg. “It’s scary to think about what that would mean for their hometowns and families,”  she said.

For many, the uncertainty surrounding when and how to quarantine has proved challenging. Owen Keenan ‘21 says that he is currently undergoing a voluntary quarantine after being exposed to a student who tested positive this week. “I was in contact with people who were asked to move to the hotels since they were in contact with a positive,” he explained.  “I know it is inconvenient to be quarantined, especially if you feel fine, but I think it is for the best.” Keenan’s professors have been supportive and understanding so far.

The likelihood of getting sick is also something students are anxious about. “I personally don’t feel at risk because I know I’m following the rules, but I do worry about friends of mine who I know are partying,” said Dayton. “I feel nervous to be around them because I know they could have the virus.”

Keenan expressed that he’s concerned about spreading COVID-19 if he tests positive. “I think I am certainly at risk of contracting the virus, as we all are,” he explained.

Some fear contracting the virus through their on-campus employment opportunities. On Thursday, the library was closed for an “aggressive” cleaning due to “chronic breaches in mask-wearing protocol and continuous disregard for the rules that will keep us all safe,” according to an email sent by Provost Chris Zappe. During the second week of classes, library staff grew increasingly concerned about large groups of students ignoring social distancing guidelines.

Kate Delaney ’21 works in the library, and said that “being there on Wednesday, seeing people not in masks, and then hearing the library is shutting down the next day to be thoroughly cleaned is scary.”

According to President Iuliano, there will be consequences to violating the college’s behavior policy. “I hope students understand that,” he said.

Students are in a state of uncertainty surrounding the fate of the fall semester, but many would be unsurprised by the cancellation of in-person classes.  A website that launched during the first week of classes, gettysburggoinghome.com, lets faculty and students make guesses about when students will be told by administrators to evacuate campus. The winner gets a $50 Visa gift card.

“I’m from Rhode Island and have not made travel plans, but I’ll do what it takes if I feel unsafe. At this point, I’m waiting to see what happens. I think that next week will be critical in terms of deciding whether or not we’ll be able to stay on campus,” Chatowsky said.

Keenan shared a similar sentiment: “I do not know the likelihood of being sent home, but I don’t think anyone should be surprised if that happens.”