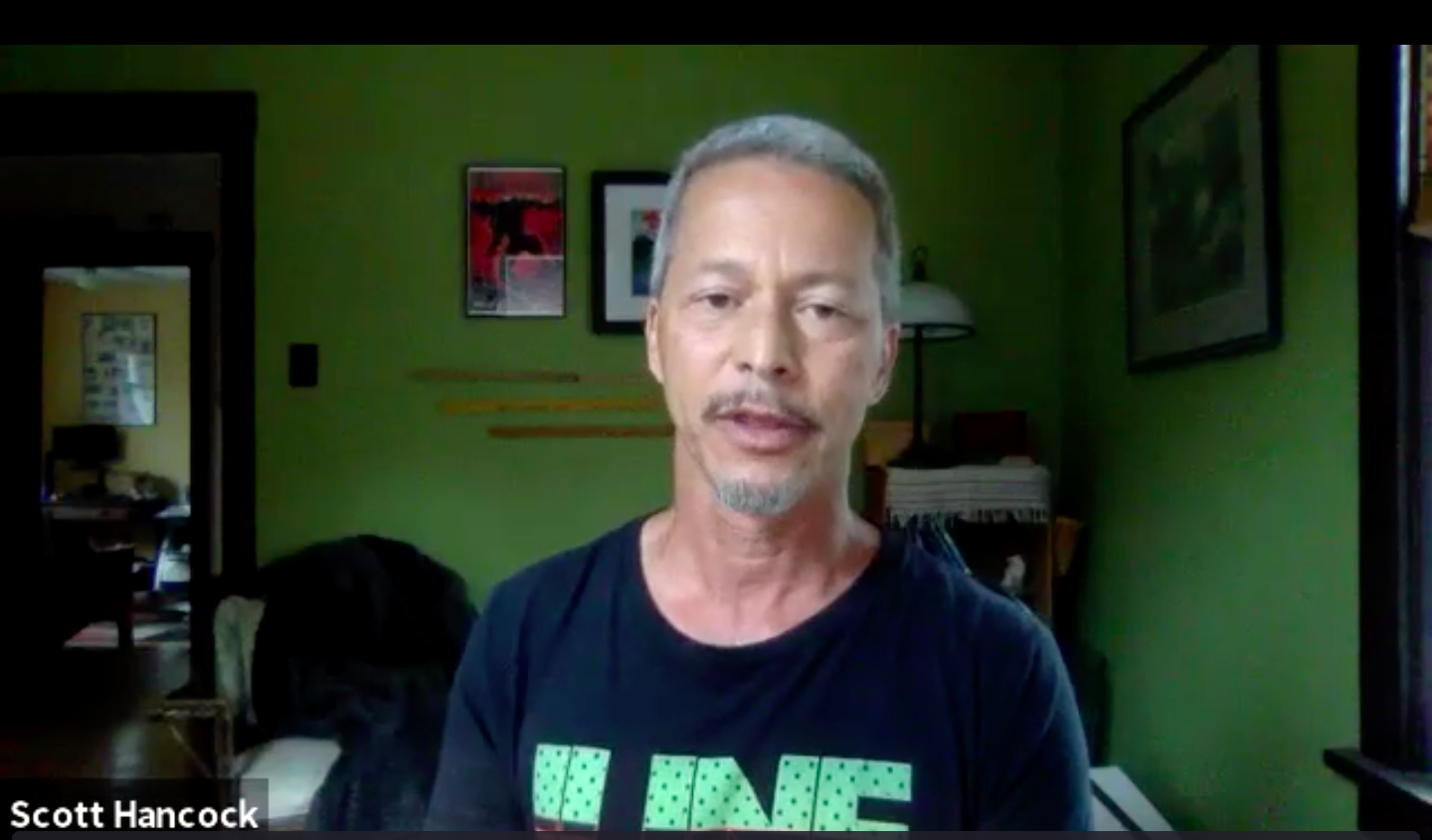 Students, faculty, staff, and administrators tuned in for the Office of Multicultural Engagement’s (OME) Current Issues Dialogue via Zoom on the afternoon of June 2 to discuss the current climate as anti-racism protests and movements take place across the nation and the world continues to face the COVID-19 pandemic.

Over 100 participants tuned in for the dialogue, which ran over an hour and was moderated by Director of Programming and Outreach for the OME Monique Gore and OME’s Administrative Services Assistant Amanda Shull.

Africana Studies Professor and Director of Peace & Justice Studies Hakim Williams began the conversation by addressing the recent protests in the nation and by mentioning his own involvement in causes that promote black communities, intersectional or otherwise. He also drew attention to the history behind the current events.

“These issues did not just crop up overnight . . . they have a long legacy and deep history behind them,” Williams said. “And so I ask folks, before they critique, what they perceive to be different kinds of protestations happening right now; to ask ourselves, what has led to this moment. What have people been enduring in their communities that we have been blind to?”

Williams advised the group of various ways to take action aside from protests like making donations, serving as an emergency contact for those who do go out and protest, creating a database with resources, or volunteering. He shared that he has a running list of anti-racism resources and ways to take action, which are now available to access, along with other resources provided by panelists, on a document created by the OME.

“There is a role for everyone in this moment,” Williams added. “Don’t shy away from asking for more resources.”

Gore then introduced the second panelist, Health Sciences Professor Amy Dailey, an  epidemiologist with experience in studying social inequalities and health. Dailey pointed to the relevance of racism, one of her areas of interest, in current events such as police violence and COVID-19.

Dailey discussed the racial and ethnic disparities of mortality rates of COVID-19 as the virus disproportionately affects populations of color, and noted that the disparities are not necessarily caused by genetic or biological susceptibility, but rather, are rooted in systemic racism and economic disparities.

“There’s multiple ways that racism actually plays out with these chronic disease disparities,” she said, “so, obviously things like access to resources and health care and food and safe spaces, all of that is important.”

Some direct results of racism, Dailey explained, cannot be explained by socioeconomic status. She continued by mentioning that increased stress has a direct effect on bodies, and can be an underlying condition that makes people more susceptible to COVID-19. 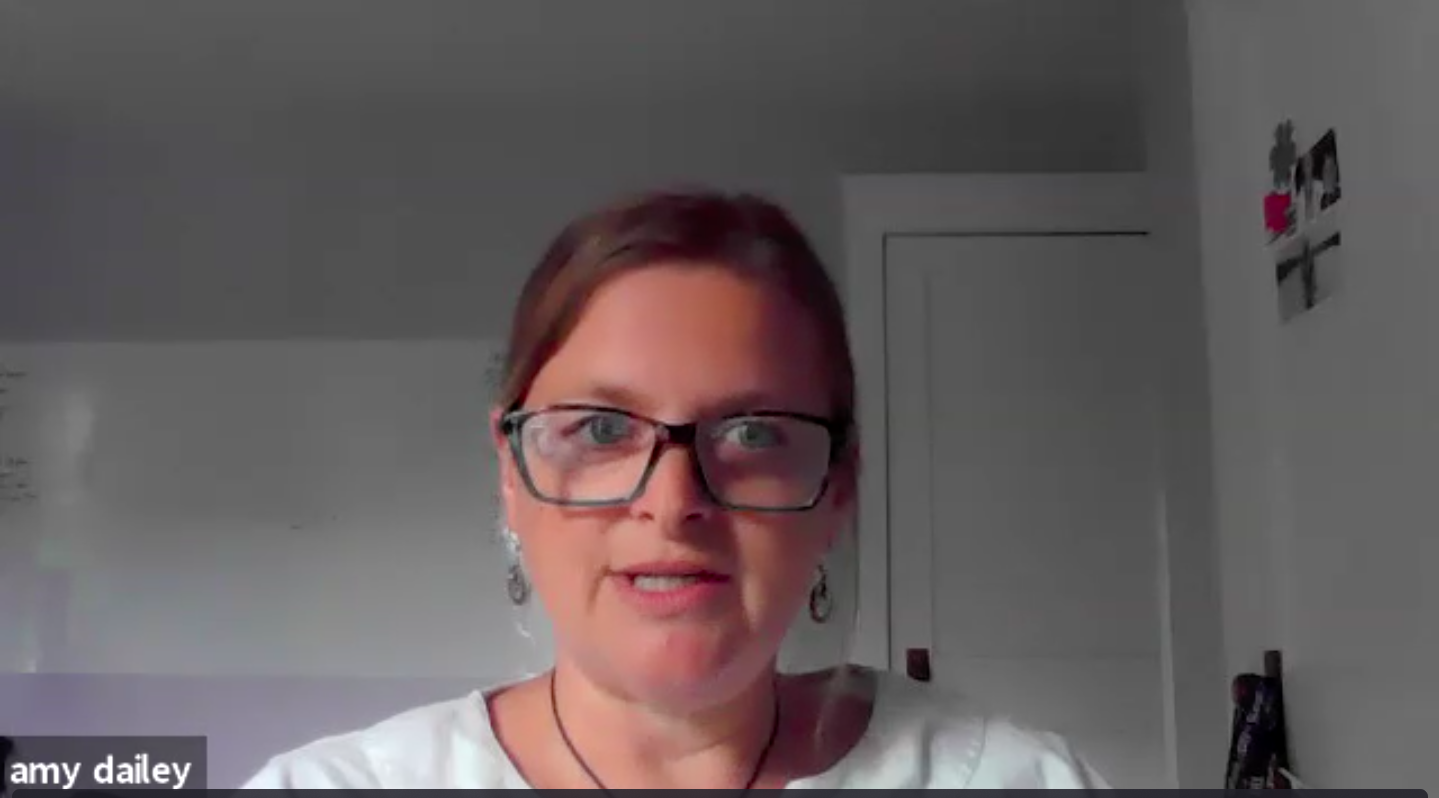 Another problem with the pandemic, she said, is in the vast undercounts of the disease and in the way data is collected, with only about 50 percent of cases reported including race and ethnicity data. She ended by emphasizing the connection of COVID-19 and police violence in their underlying root to social inequalities and racism.

Panelists addressed attendees’ questions throughout the conversation, which opened up discussions about addressing Black Lives Matter protesters’ needs by listening and responding to their requests, using resources to educate and have conversations with family members and peers, the role of social media in opening up conversations but inviting more action, and the College’s actions to address the anti-racism movement.

Chief Diversity Officer Jeanne Arnold detailed the Institute for Healing Racism programming at the College, which was canceled for this academic school year when online classes began in March. The program, she said, invites participants to think about racism on an intellectual and emotional level in two eight-hour days. She said the College is planning to prepare more trainers so that the program can happen on a regular basis.

History and Africana Studies Professor Scott Hancock spoke next about providing historical context to current issues, as well as discussing allyship and anger. He delved into the concept of outside agitators in black protests, and how that label was used historically to deflect the attention of white Americans away from the validity and deep anger in Black Americans.

“We should understand that anger in the black community is justifiable. It’s expressed in different ways,” he said. “The anger, I would argue, has a healthy component if it is expressed and utilized in a way that can be productive.”

Hancock also discussed the important work of allies in recognizing their privilege and educating themselves while being a part of the movement.

“Allies are absolutely critical. It’s got to be a multiracial national movement,” he said. “If you’re not Black and this is about Black Lives Matter, or whatever group you’re allying with, there’s absolutely work you’ve got to do before you are going to present yourself as an ally.”

“Want to make sure it’s clear,” Hancock continued in the Zoom chat box, “To be an ally, the work never stops. I’m still keenly aware of how much more I need to learn.”

He advised participants to use history in conversation and to have discussions about the effects of systemic racism.

“What you are experiencing as students here in college where you get to hear people like Professor Williams and Professor Dailey, and you get to learn history, this stuff has real world impact. Use it to talk to people you know on whatever level they’re at,” Hancock said.

Next, Dr. Daisy Chebett, a clinical psychologist and staff in Gettysburg’s Counseling Services discussed mental health. She reminded attendees to remember to take care of themselves during COVID-19 and in the response to the deaths of George Floyd and other members of the Black community. She advised participants to compare the pandemic to long distance run with no particular endpoint. She also recommended limiting social media and news consumption and noting the impact of this information on the body and mind.

“I’m not saying don’t read the news because we need to be informed,” she said, “but we really need to control how it’s affecting us. So really be aware of how you’re consuming the information.”

Chebett reminded the group to check in on others and try to keep as positive an outlook as possible.

“I know it can seem really hopeless and dire sometimes, but as a human race, we really are resilient,” she said. “There still is a lot of work to be done, but we can do it if we come together and continue to have some of these dialogues together.

The conversation concluded with the final question and answer session. Panelists chimed back in to discuss various topics including intersectional solidarity and finding moments of resolve while in toxic or unsafe households during the quarantine. Attendees left additional resources, questions, and responses in the chat box throughout the talk.

Assistant Vice President of College Life Darrien Davenport answered a student’s question about the College’s response towards implicit acts of racism in the campus community. Davenport discussed the importance of maintaining an environment where those involved understand the full impact of their actions and on a code of conduct level, are held responsible for potential violations in order to maintain a healthy educational environment.

“When we talk about what the college can do, the college can continue to create an environment where discourse is allowed, where folks can engage, and where perspectives can be taken,” he said. “I think we have to also look at intent and impact to the community and handle those things equally.” 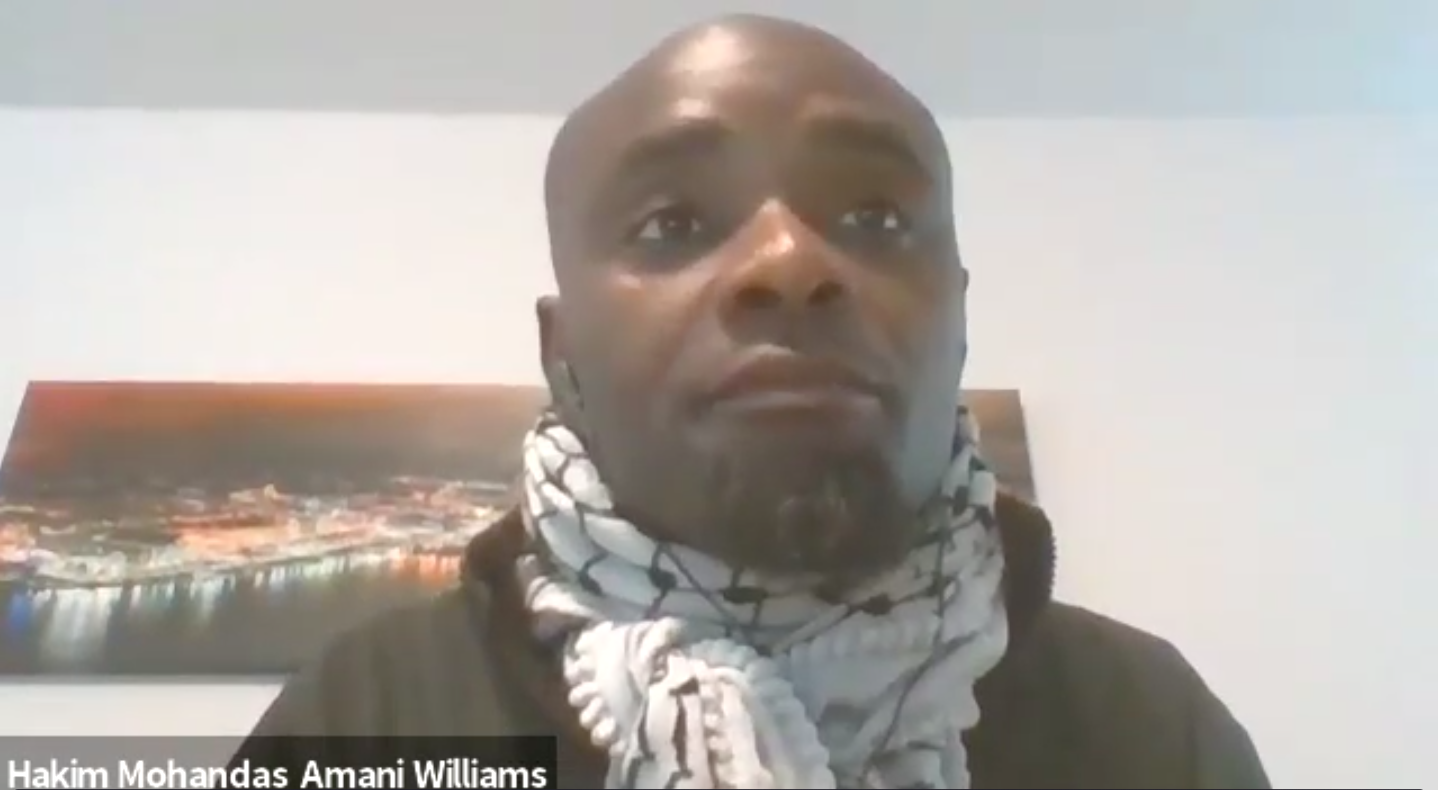 Panelists discussed the proper etiquette when reaching out to Black peers to provide support during this time and advised not to ask them of anything or put on an extra burden if they do reach out. One student asked if panelists have any reason to feel hopeful during this time, and both Hancock and Williams responded that while the country and the Black community is facing pain and suffering on a large scale during this movement, there is good reason to be hopeful.

“As you look through American history, you see . . . those who have power, and use it to exploit and harm the weak and powerless, find a way to maintain it. But it is rarely a complete win. So that gives me some encouragement that it’s worth the fight,” Hancock said.

“There’s so much pain . . . but I’m also hopeful because when you do work across communities . . . you recognize that in many communities across the United States, people are doing amazing work,” Williams said. “If you are involved in some kind of community where you recognize people for decades have been working hard and doing amazing work and holding space for each other. And that gives me hope.”

The OME shared a video recording of the conversation for those who were unable to attend.