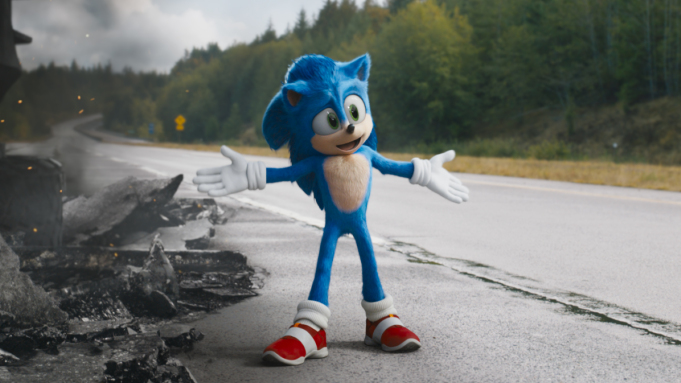 Promotional photo via Paramount Pictures and Sega of America

Sonic The Hedgehog tells the story of a creature named Sonic who has the ability to travel at super-speed. Sonic eventually finds his way to Earth and lives a peaceful, happy life there. However, Sonic eventually causes an accident that reveals his existence to the world. He is now being chased by the Villain of the film, Dr. Robotnik, who is attempting to capture Sonic and understand his power. Sonic, with the help of a few friends, must find a way to leave Earth in-order to escape Dr. Robotnik.

Sonic The Hedgehog is a very predictable film, but it is also a lot of fun. It is very easy to predict how the movie is going to end by the halfway point. However, it is the story and the relationships that make the film enjoyable. Sonic, played by Ben Schwartz, is a very fun character and is surprisingly relatable. All Sonic wants to do is find friends and live the best life that he can before he is forced to leave Earth. The character also provides a significant amount of good comic relief throughout the film. Sonic also develops a great relationship with the main human character of the movie, Tom Wachowski, played by James Marsden.

While the relationship between Tom and Sonic comes off a bit cheesy at times, their chemistry is what makes the movie so enjoyable. The audience gets the chance to see the two characters actually bond over the course of the movie. Sonic and Tom’s friendship also feels, to an extent, relatable. The whole relationship and conflict between the two characters finally comes to a head when they have to fight the main villain of the movie.

The best aspect of Sonic The Hedgehog is Jim Carrey as Dr. Robotnik. While the character comes off as a very cliché villain, this role was a return to form for Jim Carrey. The cheesy aspects of the character make it work and show that Carrey was cast perfectly. Carrey was known for over-the-top comedy throughout the 1990s with movies such as The Mask. Seeing Carrey return to his roots was fun to watch and Carrey was clearly having a good time shooting the movie.

Overall, Sonic The Hedgehog is a good time at the movie theater. While the story is predictable, it has heart. There is surprisingly good chemistry between Sonic and Tom. Also, the film’s villain is very entertaining, even though he is very stereotypical.