Home » A&E » Review: Sense and Sensibility is an Austen-tacious Delight

Review: Sense and Sensibility is an Austen-tacious Delight 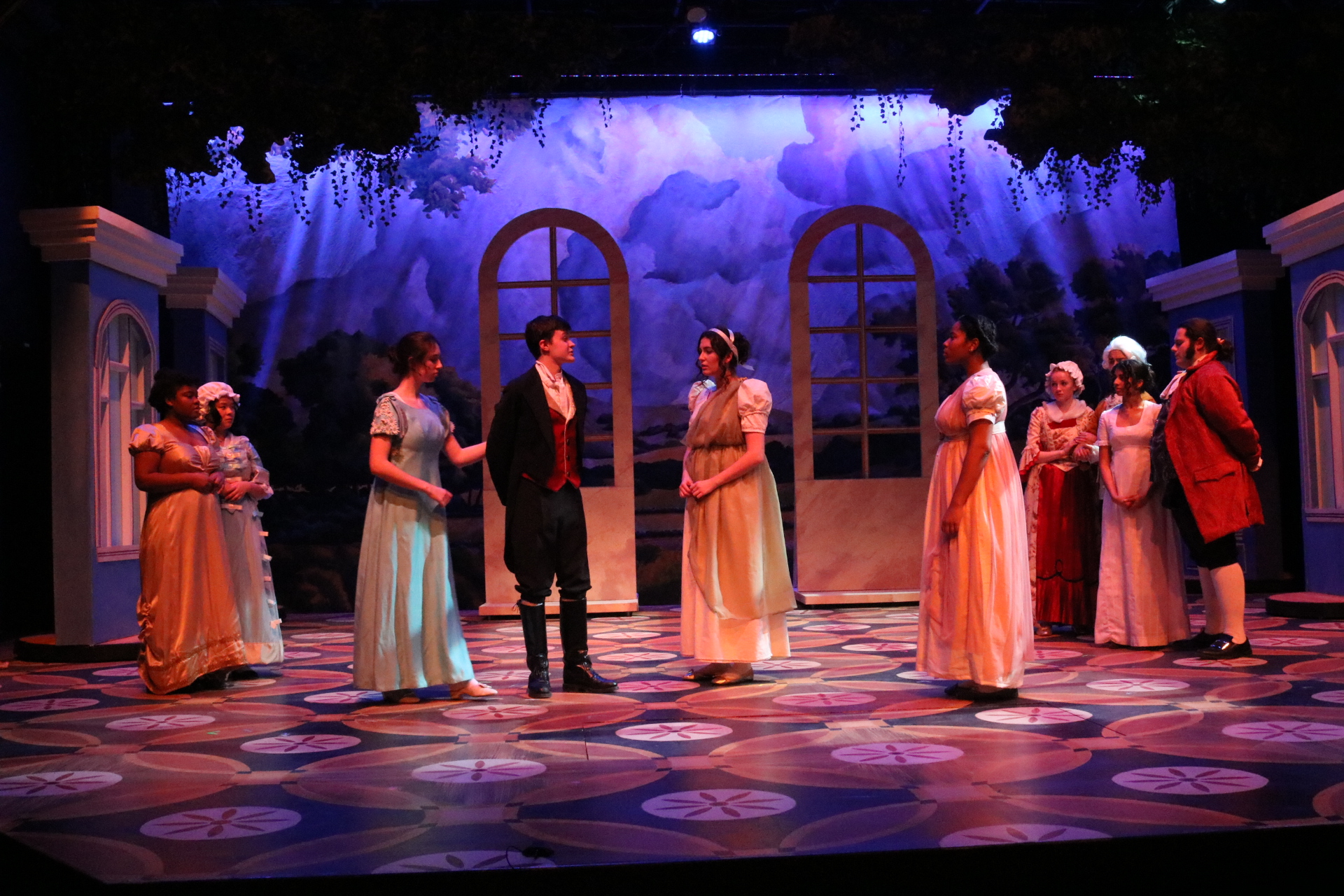 The Owl and Nightingale Players perform Sense and Sensibility as a part of their 2019-20 season. Photo courtesy of Kline Theatre.

This past weekend, the Owl and Nightingale Players performed their production of Kate Hamill’s Sense and Sensibility at the Gettysburg College Kline Theater. Adapted for the stage from Jane Austen’s beloved novel, Sense and Sensibility follows the Dashwood sisters, sensible and reserved Elinor (played by Tyra Riedemonn ’20) and romantic and emotional Marianne (played by Casey Creagh ’22). After their father dies and their half-brother kicks them out, the sisters, their mother, and their younger sister move to Devonshire to live with their meddling relations, and deal with romantic misadventures against the backdrop of Regency era England.

Part of what makes Sense and Sensibility great is the relationship between the two female leads, and both Dashwood sisters were played flawlessly by Riedemonn and Creagh. All of the characters were played truthfully to their book counterparts, from the cringeworthy yet somehow charming awkwardness of Edward Ferrars (played by Garrett Adams ’22) to the outrageous hilarity of Sir John Middleton and his mother-in-law Mrs. Jennings (played by Christian DeMusis ’21 and Elisabeth Welch ’20 respectively), who continually insert themselves into other characters’ business and steal every scene they are in. The performance captured the voice and spirit of Jane Austen’s writing, and while there were certain changes or omissions that I couldn’t help but notice, overall the message came through. Austen was a great writer because of the nuance in her works, the subtle social commentary and feminist undertones, which critiqued Regency society and its thoughts on matrimony. The addition of the group of gossips in the play was almost like a satirical take on a Greek chorus, translating the social commentary of the novel’s narration to the stage, while also providing a few laughs along the way. One thing that people who haven’t read Austen don’t realize is how genuinely funny she is, and Sense and Sensibility constantly made the audience laugh.

If I had to give the performance a criticism, it would only be that it seemed to end too soon, hurrying to wrap up the romantic storylines in a neat little bow, when I would have gladly watched the performance for fifteen or twenty minutes more. While I was uncertain as a Jane Austen fan how Sense and Sensibility would translate to the stage, overall the Owl and Nightingale Players’ performance was lighthearted, Austen-tacious fun, with a talented cast and crew.