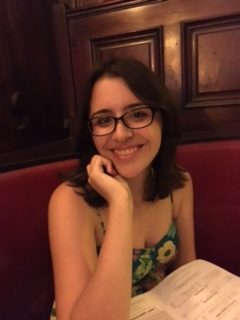 Jane Austen’s 1816 beloved novel Emma has been adapted many times to the screen, from the 90s film starring Gwyneth Paltrow, to the 2009 BBC miniseries, to the cult classic film Clueless with Alicia Silverstone, in which Emma is renamed Cher and plays matchmaker at her California high school. The latest iteration is Autumn de Wilde’s Emma, starring Anya Taylor-Joy as the titular Emma Woodhouse, the “handsome, clever, and rich” heroine whose consistent meddling in affairs of the heart cause chaos and confusion in her 19thcentury English town. The visuals provide a lush pastel color palette and a parade of empire-waist dresses, accompanied by rolling English hills and magnificent manor homes. de Wilde emphasizes the satirical undertones of Austen’s work, and the film has a consistently light-hearted and whimsical tone – with a share of romance too, of course.  Austen famously wrote that the meddlesome, self-centered Emma was a character no one besides herself would very much like, but rising star Taylor-Joy plays the character well. The film has an all-star cast including Bill Nighy, Callum Turner, Gemma Whelan, and Josh O’Connor, among many others.

Emma is at turns funny and dramatic, vivacious and poignant. The performances are clever. The costumes are vibrant, and romantic tension pulses from covert looks or the touch of a gloved hand. Taylor-Joy portrays Emma’s manipulative tendencies with a sly smirk or a glint in the eyes, and yet there is a vulnerability to the performance that makes the viewer root for her happiness, despite her many flaws. Emma doesn’t always act right, and is sometimes even carelessly cruel, but Taylor-Joy captures the heart underneath her poised, doe-eyed exterior.

The film is usually faithful to Austen’s original work, with some notable exceptions. The first time we meet Mr. Knightley, Emma’s close acquaintance and the brother of her sister’s husband (played in this adaptation by Johnny Flynn, who looks nothing like how I imagined Knightley in my mind but highlights in his performance everything I like about the character), he strips down and the camera gets a shot of his bare buttocks. Nudity was definitely not a common feature in Austen’s work, where sexuality never extends beyond a caress of the face or the intimacy of a dance. The nudity was somewhat jarring, and there are surely many Austen purists who will object to it. There was also a strange moment involving a nosebleed, which may have some deeper, artistic symbolism this reviewer is not appreciating, but it took away from the romantic moment onscreen and felt just plain bizarre. In moments like these, de Wilde chooses shock over substance, and the film is best when it is sticks true to Austen’s spirit.

Despite a few missteps, Autumn de Wilde’s Emma is one of the better adaptations out there, with strong performances, stunning visuals, and a touch of heart. If you weren’t able to make it to the theaters, it is currently available On Demand, $20 for a 48-hour rental.