Home » News » As College Guidance Shifted, Students Were Caught in the Middle

As College Guidance Shifted, Students Were Caught in the Middle 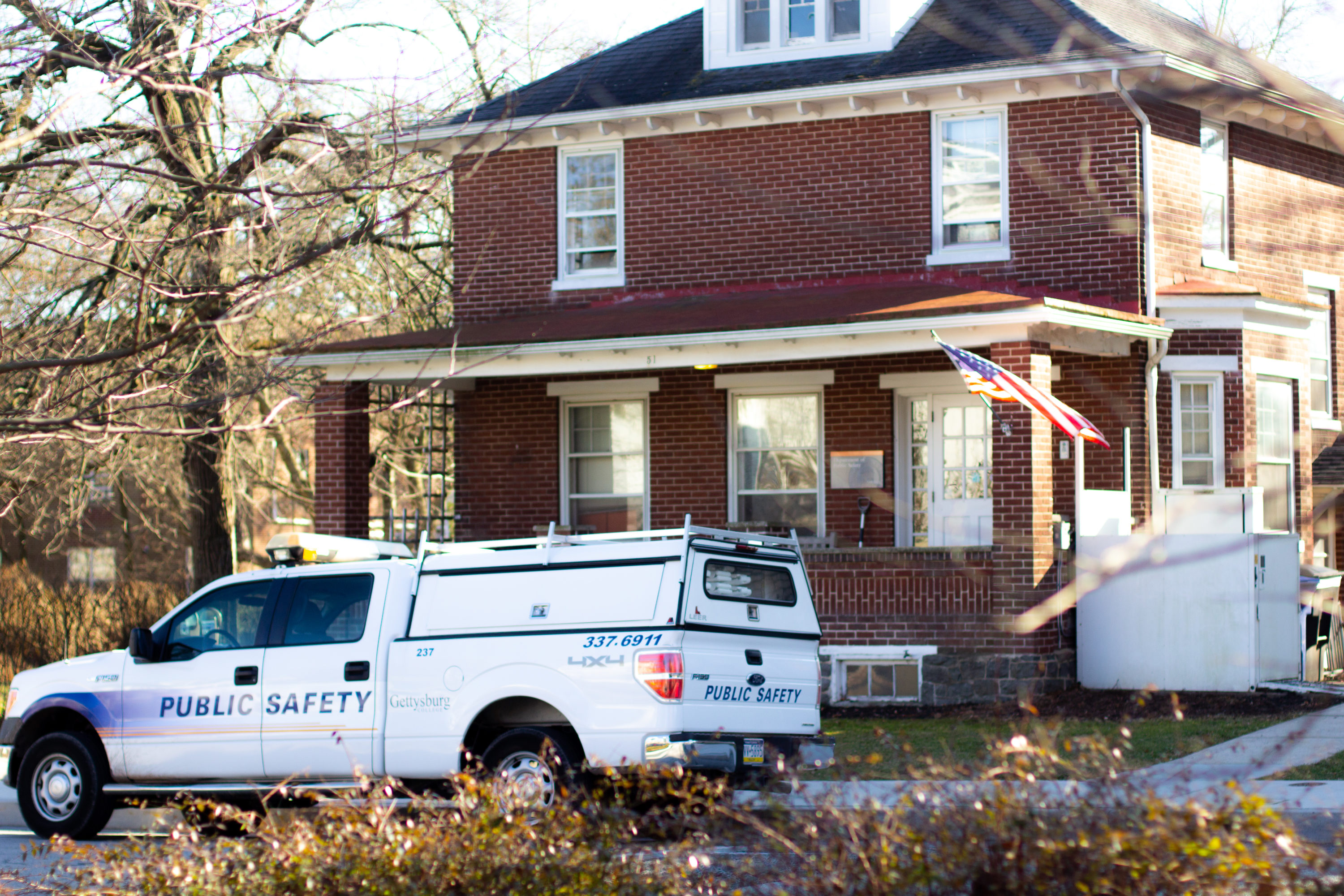 An email from President Bob Iuliano to the campus community Friday afternoon opened by quoting the ancient Greek philosopher Heraclitus’s aphorism about life’s only constant being change. The consistency of that change manifested itself in the college’s posture towards public health warnings throughout the week about the novel coronavirus as one day’s admonition to return to campus as soon as possible to move out became the next day’s dictum that no further activity on campus would be permitted, leaving students and families in the lurch.

Giacomo Coppola ’22 was among those caught in the middle.

Last Monday, the college announced that it would hold classes remotely for the remainder of the semester but that students should return to campus to gather their belongings and move out. That same day, President Trump announced new guidance from the CDC to avoid gatherings of more than ten people, and Pennsylvania Governor Tom Wolf urged non-essential businesses in Pennsylvania to shut down because of proliferating community spread in Pennsylvania.

“We need to eliminate as many physical contacts as we can to prevent the further spread of the COVID-19, and we need to work together to do this, each and every one of us,” Wolf said in a press conference on Monday. “Stay calm, stay safe, stay home.”

Coppola made plans to do so. Although the college had offered to pack a box of essential items and ship it to students if they were unable to return, Coppola determined that his books were strewn across his apartment and his valuables were tucked away such that he did not have confidence that someone else would be able to find them. He booked a flight, but, soon thereafter, New Mexico’s governor moved to limit air travel, leaving Coppola no choice but to drive.

“I knew it was going to be terrible, but I needed to get my stuff as soon as possible,” he said.

He embarked Wednesday afternoon on the 27-hour drive from Santa Fe, New Mexico to Gettysburg, Pennsylvania, sleeping for a few hours in the wee hours of Thursday morning, and planning to arrive Thursday night or Friday morning to move out.

On Thursday afternoon, the college announced to faculty and staff members that the first confirmed case of COVID-19 in Adams County was the spouse of a college employee, but, in an email to The Gettysburgian sent at 4:39 p.m. that afternoon, college spokesperson Jamie Yates said that the college had no plans to suspend its move-out operation and noted that even the co-workers of the employee in question, let alone campus as a whole, were at a “low level of risk.”

Less than three hours later, that changed. After Governor Wolf codified his previous directive that non-essential businesses close as an order that would take effect Thursday evening at 8:00 p.m. (though it would not be enforced until Saturday, which was later pushed back another two days), the college decided to close immediately in compliance with the order.

Dean of Students Julie Ramsey sent a campus-wide email at 7:16 p.m. that stated, “There will be no further opportunity to access college residence halls to retrieve your belongings. We apologize for the inconvenience and disruption this may cause, especially if you are on your way to campus now.”

Coppola was about 20 hours into his trip when that email arrived in his inbox.

“For me, at that point, I’m still trying to drive there,” he said, noting that he tried calling the Department of Public Safety (DPS), but there was no answer. “I started to panic, and I didn’t really know what to do.”

Coppola pulled over and thought through his options before deciding that his best option was to press on. He arrived on campus at around 3:00 Friday morning to find that the college had changed the lock to his building. He pleaded with DPS officers to let him in, and, eventually, gained access to grab his essential belongings before turning around and beginning his journey back to New Mexico. He estimates he was on campus for about 30 minutes total and in his room for only a couple.

Some other colleges, including Indiana University of Pennsylvania, remained open Friday to conclude their move-out operations, but an email from President Bob Iuliano sent Friday afternoon said that the public health reality did not make that a viable option at Gettysburg.

“Most importantly, our touchstone throughout this period has been the safety and well-being of our community. The governor’s order to shut down businesses is extraordinary and represents a significant change in the commonwealth’s approach to the pandemic,” he said. “We no longer thought it advisable—for the students or for the staff with whom they would necessarily be interacting—for a cohort of students to come back to campus over a compressed period of time and from various places across the country.”

Yates did not pinpoint what changed between Thursday afternoon and Thursday evening that led the college to conclude that, while it was advisable for students to return in a compressed period of time from across the country to retrieve their belongings at 4:00 p.m., it was not at 8:00 p.m.

She pointed to the passage in Iuliano’s email that asserted the governor’s order “is extraordinary and represents a significant change in the commonwealth’s approach to the pandemic,” but in a court filing Friday afternoon, attorneys arguing on behalf of the governor said that the order only became necessary when Pennsylvanians refused to comply with Wolf’s prior directive, which urged businesses to take the same course of action voluntarily.

“Pennsylvanians refused to voluntarily engage in ‘social distancing’ to prevent the spread of COVID-19, leaving Governor Wolf with no option other than to close nonessential businesses,” the filing said.

Yates conceded that, prior to the order, the college had “no specific plans” to shut down ahead of its original Saturday night deadline.

To Coppola, the college’s decision seemed to have less to do with public health and helping students than it did with complying with an order that would not be enforced for two more days.

“I completely understand that the school has an impossible situation, there’s no right answer here and you’re dealing with a million variables,” he said. “To me, to sum it up, the public health variables didn’t change from Thursday to Friday. There was no difference — if they were willing to let kids in on Thursday, there was no difference there. The only thing they ended up changing was the travel plans of however many students were en route or planning to be en route.”

“I had just driven 27 hours and was at the school in the middle of the night in haste because I had gotten an email with a pretty stark lack of information,” he added, noting that he found the college’s communications on Thursday tone deaf. “That pales in comparison to the experience of driving as much as I could to get my stuff. It’s more than an inconvenience. It was a five-day thing. Why there was no stipulation for kids who were on the way or already traveling, that didn’t make a lot of sense to me. I think their role is to protect the students. Part of that, I think, would have been more fully achieved had they shown a little bit more attentiveness to the situation of people en route or what it means for someone who is not going to get their stuff.”

The college did apologize to students “for the inconvenience occasioned by the governor’s order,” and, on Friday, hired a moving company to ship boxes of essential items to students who were not able to make it back to campus.

“At the end of the day, it definitely did feel like there was less of an emphasis on the students than there was on the simple legality of the matter of following the governor’s orders,” Coppola said. “I made the drive assuming I’d have the three hours to pack up my room. Obviously, everything changed pretty rapidly.”

Ultimately, for his 55-hour round trip, he had access to his room for about five minutes.