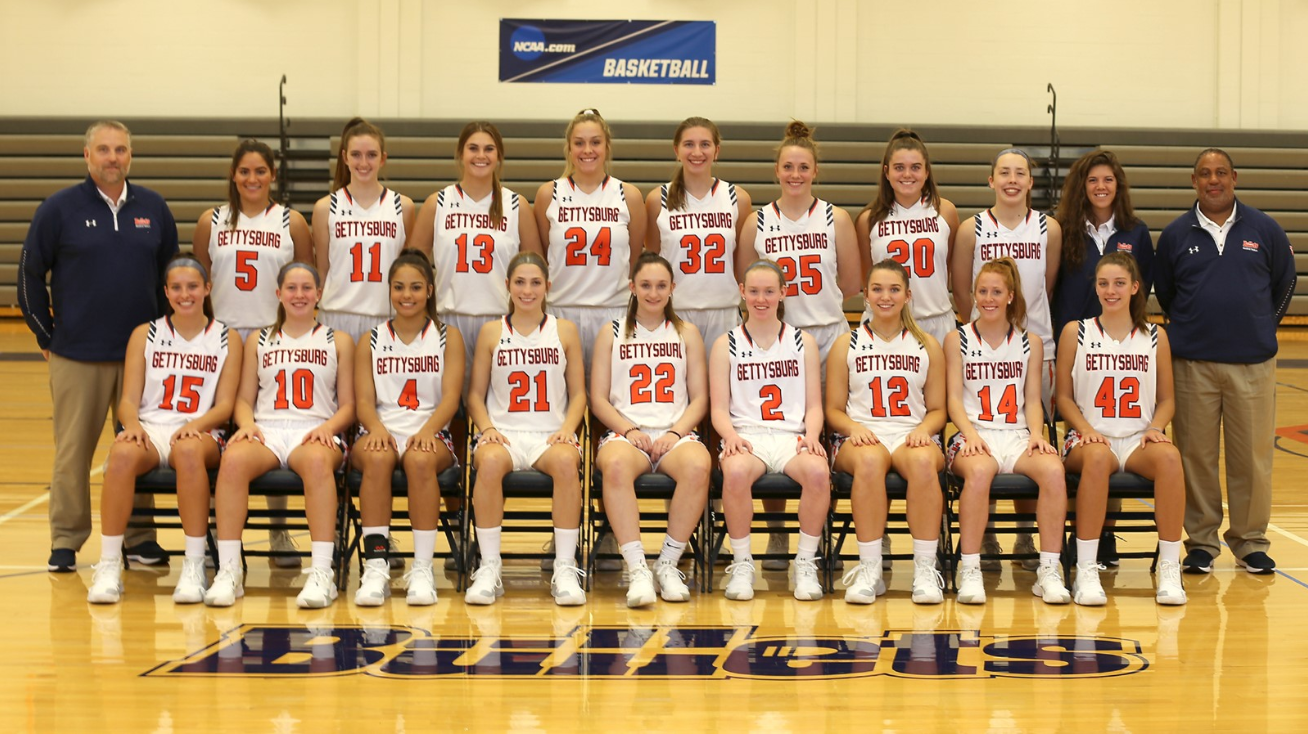 On Saturday, Feb. 15, the Women’s Basketball Team lost 77-76 to the Washington College Shorewomen.

The game was close right to the end as three Gettysburg shots from the foul line tied it at 76 in the closing minute, but with mere seconds left on the clock, Washington managed to sink a foul shot that secured them the victory.

While they couldn’t get the win in the end, the Bullets found early success as sophomore Christina Richson scored 10 of Gettysburg’s first 12 points to help put them ahead 12-6 in the first quarter. While the Shorewomen were able to later tie the game at 16, sophomore Carly Rice’s three-pointer closed out the first quarter with Gettysburg up by three.

While the Shorewomen came out of the gate strong in the second quarter, scoring the quarter’s first 10 points, the Bullets answered right back and tied the game at 26.

The game remained close for the rest of the half, but the Bullets finished with a 13-7 run that ended the half with Gettysburg up by two by the score of 41-39.

The Shorewomen managed to tie the game to open the second half, but Gettysburg then scored seven straight to take a 48-41 lead.

Washington soon tied the game at 50, but senior Ashley Gehrin led the Bullets on a 10-2 run which gave Gettysburg a 60-52 lead to close out the third quarter.

The Bullets were in command to open the fourth quarter, holding the first double digit lead of the game; however, the Shorewomen quickly responded with an 11-0 run that resulted in the Shorewomen taking a 76-73 lead before the game-ending foul shots.

When all was said and done, Gehrin was the lead scorer on the Bullets with 19 points while Rice and Richson followed with 17 and 15 points respectively.

Despite this loss, Gettysburg has had tremendous success thus far this season. This loss brings their record to 20-3, and brings their road record to 11-2. The Bullets are currently ranked as the 22nd best Division III team by the Women’s Basketball Coaches Association, down from their No. 19 the week prior.

After the loss, Gettysburg has dropped to second in the conference behind only Haverford, who are also 20-3 after their victory against McDaniel College last Saturday.

This year’s success is nothing new to the Bullets. Last season they finished with a record of 22-6, a record the Bullets can improve on with a strong finish to this season. In addition, the Bullets’ season ended last year after losing to Christopher Newport University in the first round of the Division III championship, a finish they undoubtedly would like to improve upon this season.

The Bullets finished the season by splitting their final two games, losing to Dickinson and beating Muhlenberg on senior day. Gettysburg will play No. 3 seed Johns Hopkins this Friday for a chance to reach the Centennial Conference championship once again.