‘His Legacy Will Live On’: John Jaeger, College Benefactor and Honorary Life Trustee, Dies at 76 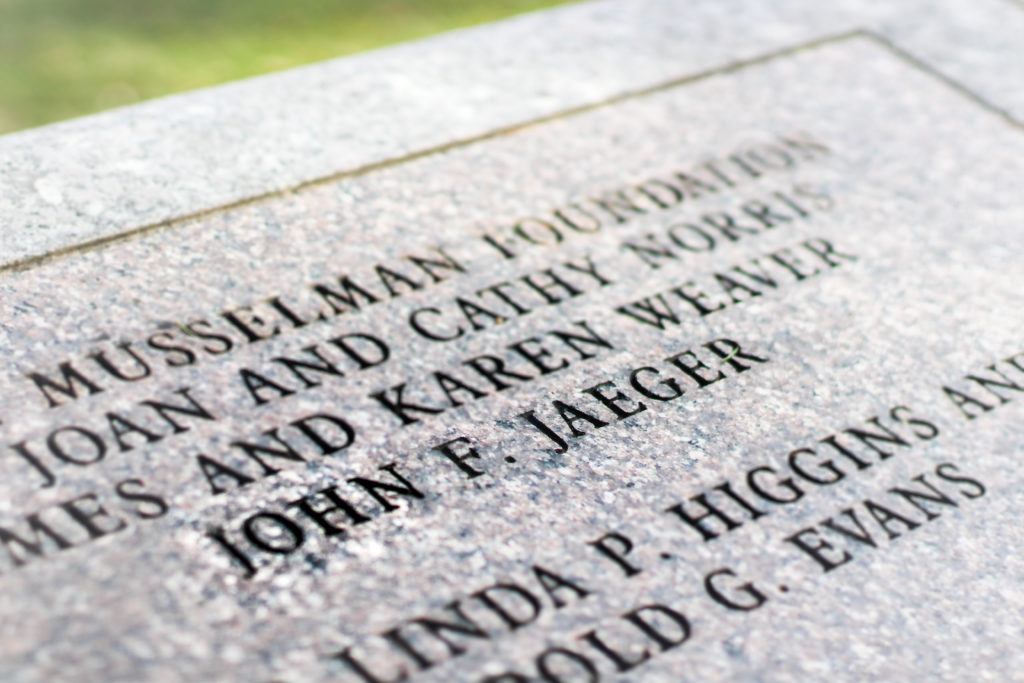 By Nicole DeJacimo and Benjamin Pontz

John F. Jaeger ’65, one of the most significant benefactors in Gettysburg College’s history, died Sunday morning at the age of 76.

Jaeger is one of just 11 Honorary Life Trustees and, according to a display in the College Union Building, he and his wife Karen are among only four donors whose lifetime giving to Gettysburg College exceeded $5 million.

His most visible legacy on the Gettysburg campus is the John F. Jaeger Center for Athletics, Recreation, and Fitness, which houses the college’s gym, pool, fitness center, and climbing wall. Jaeger committed $1.2 million in matching funds to the $25 million project, which opened in 2009 and was named in his honor in 2012.

But his largest gift came in 2012 during the initial phase of the Gettysburg Great campaign when he committed $5 million in unrestricted funds to the college’s endowment, a figure that would contribute approximately $250,000 per year to the college’s general budget.

Janet Morgan Riggs ’77, who was president at the time of Jaeger’s landmark gift, remembers that he was brimming with excitement the day he decided to make the gift.

“I’m not sure who was more excited about this—John or me!” Riggs recalled. “We were both floating on air that day. In fact, after we met and celebrated a bit, he left to go home. And about 10 minutes later he came back because he was so excited that he just couldn’t bring himself to leave campus yet!”

That excitement never turned to boastfulness, though, Jaeger’s friend and colleague on the Board of Trustees Fred Fielding ’61 said. 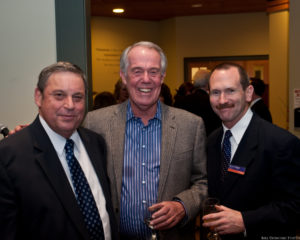 “He didn’t go around bragging about ‘his gifts’ or ‘his building,’ or even mention his giving,” Fielding explained. “He was very unassuming, and would shrug it off with a quiet smile if someone mentioned the subject.”

Jaeger managed the affairs of DANAC from the time he bought the corporation and led it to become a major real estate developer, with one million square feet of offices, retail, and distribution properties from Boston to Florida. At the time of his death, he was DANAC’s Chairman.

Jaeger brought his professional expertise both to his philanthropy and his service on the Board of Trustees.

A student of architecture, his insight on “how building materials impacted the function and lasting beauty of facilities” was central to the planning of the building that would become the Jaeger Center, said David Wright, who served as Director of Athletics from 2002 to 2018.

“I was blessed to work closely with John during the seven-year planning and designing phases of the Jaeger Center project,” Wright said. “John gave of his time, his talent, and his treasure to a place he loved dearly. I will always cherish my time with my dear friend John Jaeger.”

On the Board of Trustees, where he served from 1998 through 2012, Jaeger brought a businessperson’s mentality to college decision-making and was not afraid to raise points of disagreement.

“Candidly, he often clashed with the views of the academic side of Board issues, and thought the role of the Board of Trustees was to infuse a fresh view,” Fielding said. 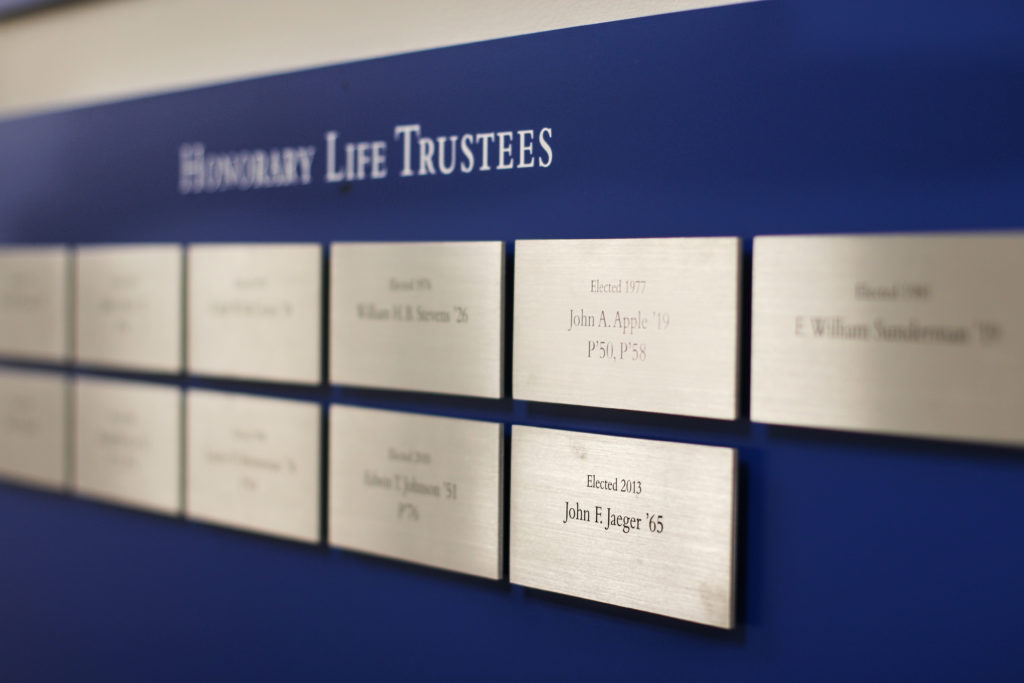 But that did not leave hard feelings with senior college administrators. Executive Vice President Jane North said she felt “truly blessed” to have worked with Jaeger and said his “generosity is an inspiration,” leaving a legacy that will “never be forgotten.”

John F. Jaeger was born in Brooklyn, New York on June 3, 1943. He attended high school in Livingston, New Jersey before enrolling at Gettysburg College, where he majored in business administration and was a member of Sigma Chi and the track team.

Classmate Dave Radin ’65, who got to know Jaeger through their work together as alumni, said that he did not know Jaeger well when they were students, but he recalled that Jaeger had a reputation for being able to produce a “blood-curdling scream, to the delight of his fraternity brothers.”

Radin recalls that one Friday evening, Jaeger put that ability on display.

“John’s friends egged him into a series of his trademark screams.  The group went outside and across the street, John cupped his hands around his mouth and let go of his best group of screams we had ever heard.  In the following Sunday’s Gettysburg Times, our attention was directed to a small article in the local section saying that on the police blotter was an entry that a woman on the Mummasburg Road reported hearing a loud series of screams lasting about 30-45 seconds.  She wasn’t sure of the direction, but it sounded like someone was in serious trouble or pain. John clipped that article and saved it,” Radin said.

Forty years later, at a class reunion, Radin reminded Jaeger of his screaming acumen. Jaeger reached into his wallet and pulled out a “much-folded and bearably readable cut-out of the article,” leading the two to howl in laughter.

Jaeger’s involvement with Sigma Chi continued after his graduation, and he was among a group of Trustees who supported the college’s controversial decision to require fraternities to install fire safety systems in their houses or sell them to the college. He eventually served as chair of a task force on life safety.

At various points, he chaired the Board of Trustees’ College Life Committee and Audit Committees as well as the Bullet Land Board. He was also an active member of the Eisenhower Institute’s National Advisory Council. In total, Jaeger’s giving to the college totaled more than $7.2 million.

The defining theme of Jaeger’s engagement with the college, Wright believes, was a love for students.

“He will have a lasting legacy because his name is on an important campus building, but much more than that was his love for Gettysburg College and most importantly our students,” Wright said. “He always wanted to hear their stories.”

“When I think of John, I think of someone who had a very big heart and the courage of his convictions,” she said. “He had a tremendous impact on the College during his lifetime, and his legacy will live on.”