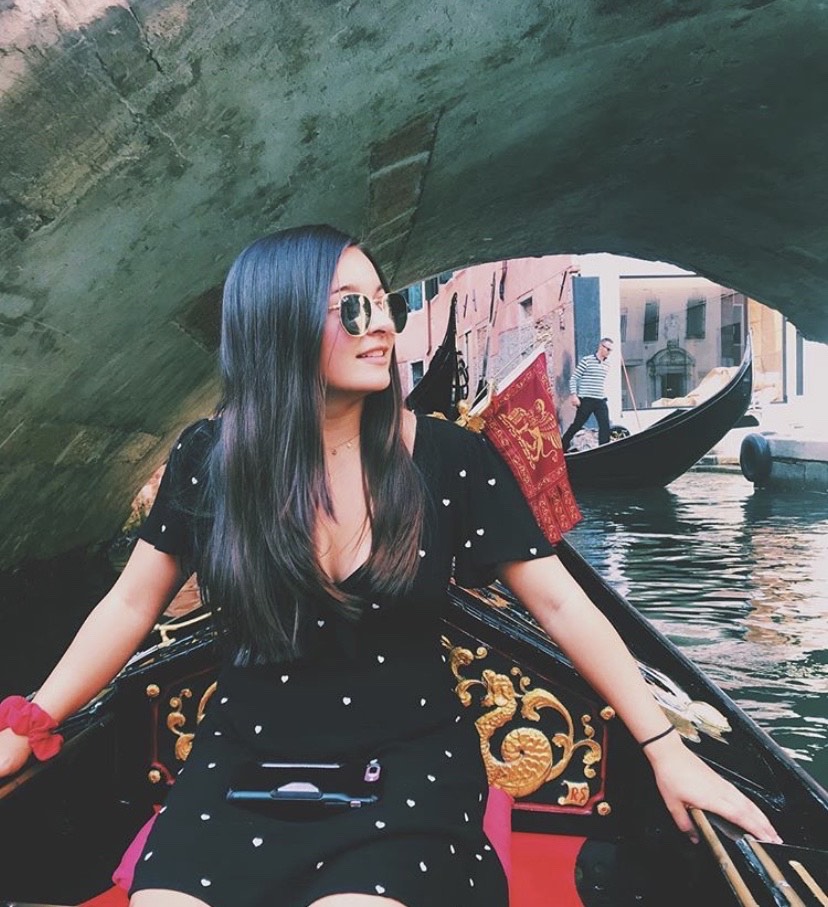 Nicole Farese, a senior Cinema and Media Studies major (CIMS) with minors in Writing and Sociology came to Gettysburg College with a desire to do something in the world of communications, but wasn’t exactly sure how to make that happen at Gettysburg, considering that at the moment the college does not offer a communications major.

“At first I tried to do an individualized major by combining OMS and some CIMS classes,” Farese said, but it ended up not exactly being what she was looking for. Shortly after coming to Gettysburg her first year, she discovered the CIMS major, which at the time was fairly new.

“I realized it didn’t make sense because I could just be a CIMS major and take more writing classes focused on what I wanted to do, but I was nervous because it was such a new major with really only one professor teaching it. It’s ended up being a great experience!”

“You wouldn’t think that sociology classes would apply much to what I wanted to do, but they really did!” Farese said.

With respect to her senior capstone, Farese explained, “I studied in Florence where I met some of my extended family, and I’m super super Italian, so my idea is to interview my Italian-American grandma who just turned 90.”

Farese plans to create her final CIMS assignment based around said interview and her experience with Italian culture. She will to use historical documents about other Italian-Americans as well as her own family to create a documentary on how many Italians immigrated to the United States.

Once she graduates from Gettysburg this spring, Farese hopes to work for a CBS program, such as The Late Show, or attend graduate school.

This article originally appeared on page 22 of the February 27, 2020 edition of The Gettysburgian’s magazine.