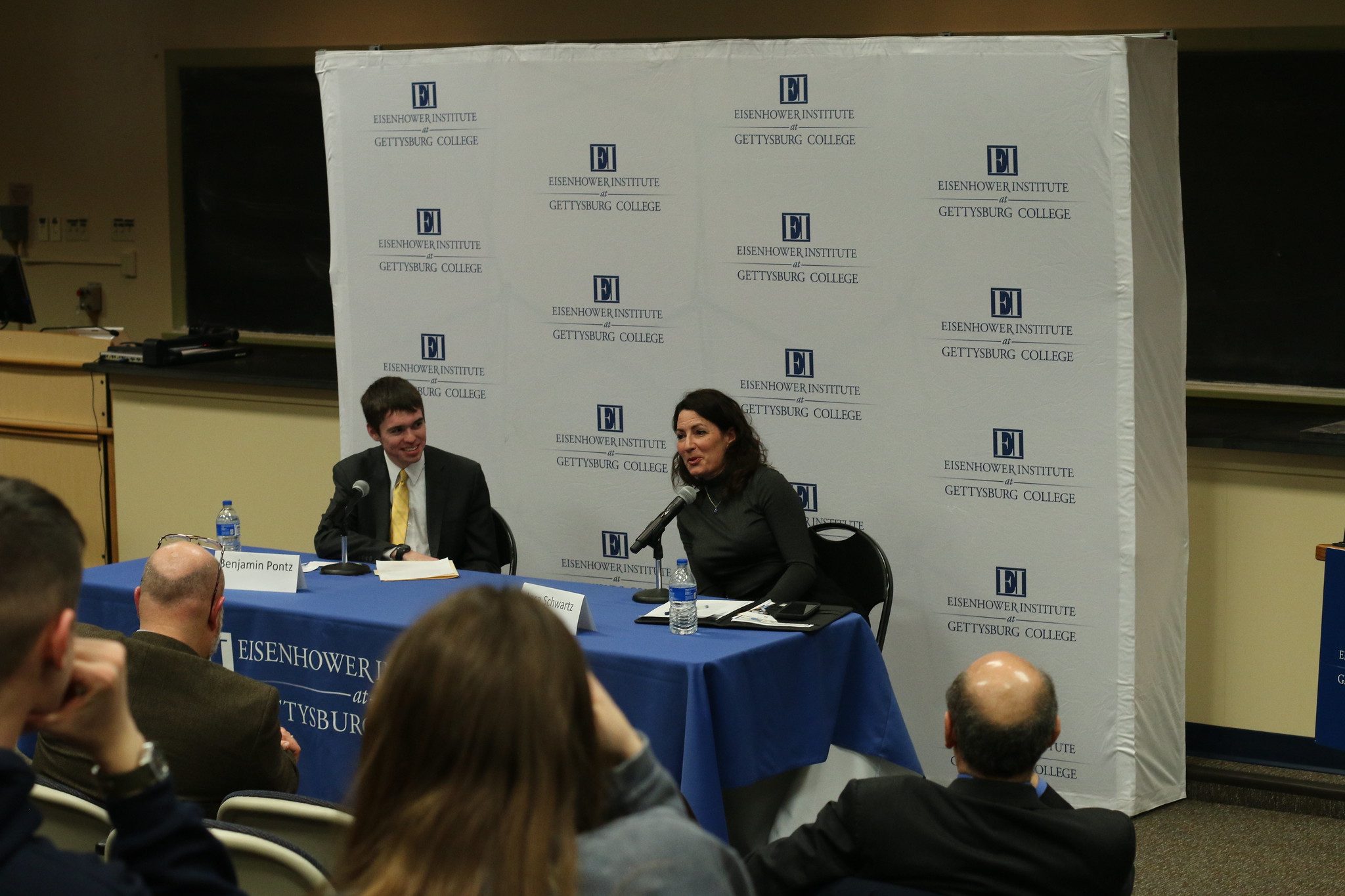 Professor Lara Schwartz from the School of Public Affairs at American University delivered a lecture this past Wednesday on productive discourse as a skill worth mastering in society. Throughout the lecture, Schwartz emphasized the distinction of discourse as a skill rather than a hindrance or limitation on our freedom of expression and speech.

This lecture is part one of three lectures in the Civil Discourse Series sponsored by the Eisenhower Institute here at Gettysburg College. This series and Schwartz’s lecture aim to foster dialogue and discussion on the deep polarization that exists among the American public and within college communities across the country.

President Bob Iuliano introduced the lecture series and the speaker for the evening, recognizing the “importance for us as a community to have the sort of conversations [like these] in order to help find areas of commonality and to bridge understanding across our differences.”

In her lecture, Schwartz focused on two pieces of her argument: the first relating to the importance of expanding our own horizons to facilitate communication between groups of varying interests, and the second being connected to the First Amendment right of free speech.

Schwartz’s first notion of public and productive discourse paired well with the introduction President Iuliano offered for the lecture. She suggested that in order for productive discourse to be something worthwhile and reliable, we must look outside of our own perspective to find a bridge between our background and those of others around us.

“One of the things I recommend in terms of tools for productive discourse and tools for getting really good at communicating across differences is dipping your toes in as many disciplines and you can,” Schwartz said.

She continued this idea by emphasizing that we should, as students and as citizens of our society, learn and understand through varying lenses so we may be able to assess information in a diversity of ways.

A major emphasis of this lecture was the “gross misunderstanding” that the American public maintains with regards to what the First Amendment clause on freedom of speech actually entails.

Schwartz argued that the First Amendment is not something that was written to be kind or tolerant of all beliefs no matter their content; rather, it simply prohibits authorities from interfering with public expression. The rest—including filtering out dangerous beliefs, introducing debates and dialogues, engaging in peaceful protests—is up to the public at large.

To fill in that role, Schwartz suggests that we have one job as citizens—to inquire. This can be done easily on college campuses where we have the option to take courses in subjects different from our major or general interests entirely. By going out of our comfort zone, we are able to spread out across disciplines and look through different lenses and perspectives. This is how we will be able to facilitate strong and productive communication.

Benjamin Pontz, Fielding Fellow with the Eisenhower Institute, acted as the moderator for the lecture and the Q&A session.

Following the lecture, Pontz noted that he thought that “some provocative—and interesting—ideas on the utility of civil discourse” were introduced during the lecture. He agreed with the idea that “college ought to be a truth-seeking endeavor” with free expression and thought at the helm.

While some ideas and points from the lecture left Pontz and others in the audience with more questions than answers, he recognizes that that is what makes discussions on liberal arts campuses so unique.

Editor’s Note: Benjamin Pontz, Editor-in-Chief of The Gettysburgian, was involved in this event. He did not play any part in editing or reviewing this article. (-G. Mangala)