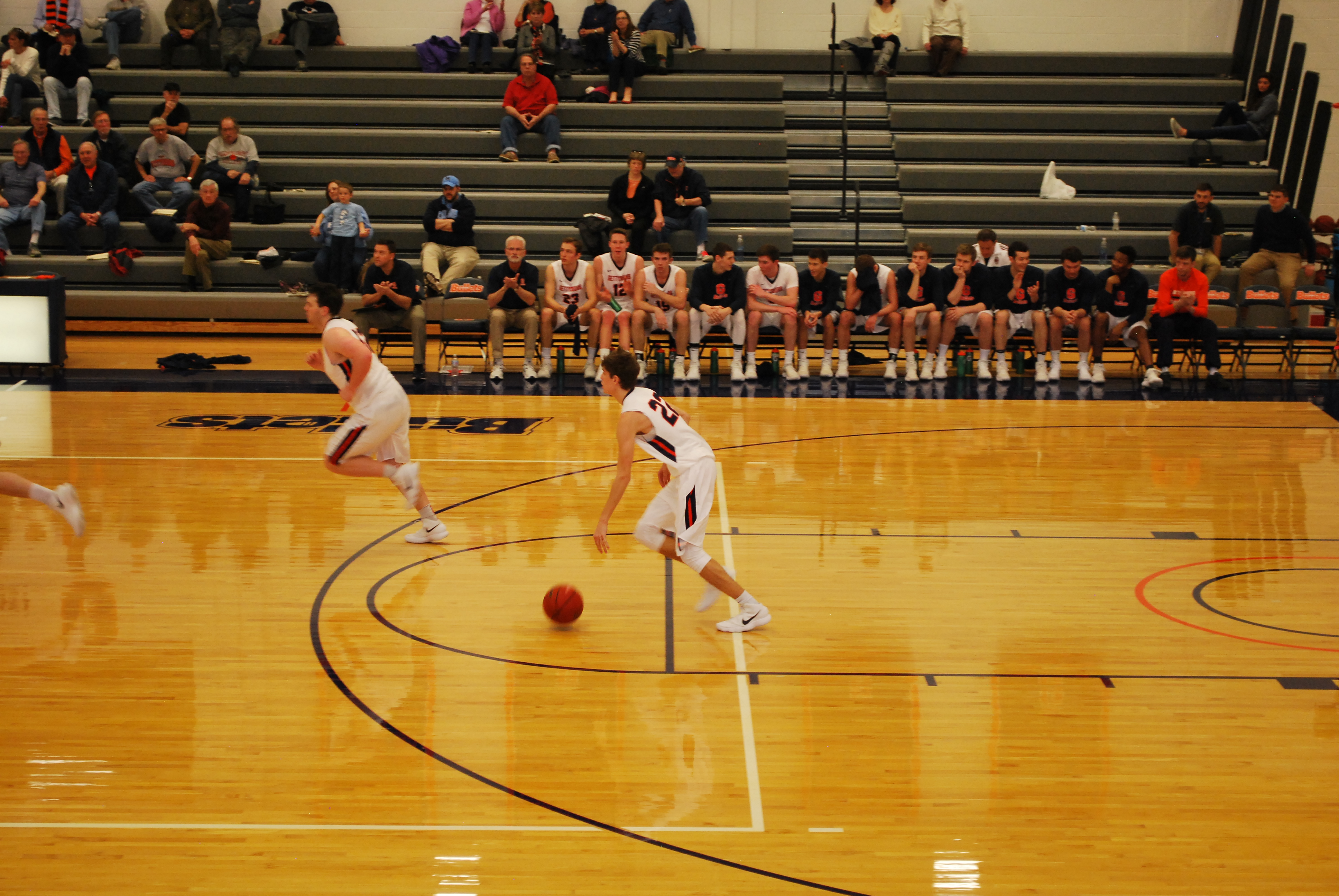 Heading into the season, the Gettysburg College Men’s Basketball Team was hungry, looking to have a successful season with second-year head coach B.J. Dunne at the helm. After going 6-19 last year, with a record of 5-13 in conference play, this year’s team was ready to have a much different season.

“I think any time there’s a new coaching change it just takes patience and a lot of listening,” said Dunne. “I really believe after last year we’re reaping a lot of those benefits. It’s been really impressive the way the guys have bought in. I think our best basketball is ahead of us and a lot of it is because the older guys have bought in and how they’ve contributed and the enthusiasm and new energy the younger guys have brought as well.”

Led by a strong senior class in Danny Duffey, Nick Lord, Nick Antolini, and Andrew Gardiner, who transferred last year from Wesleyan University, and with a good group of young players under them, they will look to bounce back from last year.

“I’ve been really proud of our leadership group,” Dunne said. “From the moment they stepped on campus, they’ve been setting the tone and continuing to build on the culture that we started to set last year. This year is all about sustaining our culture. We talk every day that the culture is the energy you feel.”

In the Gettysburg Tip-Off tournament, the Bullets were able to defeat SUNY Geneseo in the championship round 78-58, winning their own tournament for the first time in four seasons. Duffey was name the Most Valuable Player after putting up 15 points and six assists, while junior Avery Close was named to the all-tournament team for the second straight season.

The first half was very favorable to the Bullets, both offensively and defensively. The team only gave up two buckets in the first 13 minutes of action, while going on a 17 point to make it 24-5 halfway through the first half. The Bullets were able to increase the lead to 26 points shortly before halftime on back-to-back three pointers from sophomore Jack Rooney.

The second half did not go much worse for Gettysburg. At one point, the lead was down to 12 points after two free throws from Geneseo, but that was the lowest in got through the remainder of the game. Keeping the hot shooting going, the Bullets took a 25-point lead with 4 minutes left, ending the game up by 20.

This past Sunday while many Gettysburgians were returning back to campus from Thanksgiving Break, the team traveled to Juniata and left with another victory, 73-54.

With these victories in the tournament, the Bullets have started their season undefeated. The last time they started the season 2-0 was in the 2008-2009 season, in which the team won the Centennial Conference title and made an appearance in the Division III NCAA Tournament.

Next up for the Bullets is a trip to Baltimore on Wednesday for a game with #22 Johns Hopkins.