On Wednesday, Nov. 6, the Campus Kitchen and the Center for Public Service hosted their second annual CANstruction Contest and Food Drive in the College Union Building (CUB) Ballroom. Organizations across campus collected cans in a food drive and then built sculptures for friendly competition between the groups.

The Campus Kitchen hosted the food drive to provide the funds and food to deliver warm meals across the Gettysburg town community. Organizations on campus signed up to book a table in the CUB Ballroom to hold their own food drive to receive cans prior to the event. Once they did this, they compiled their donations to create the sculptures over the weekend.

Organizations lined the CUB Ballroom with sculptures ranging from the Environmental Science Department’s Trash Can to The Center for Public Service’s Tic-Tac-Toe and Delta Gamma’s American flag. However, the most polarizing were Lambda Chi Alpha’s Throne and Sigma Chi’s Canal in Venice with overflowing ticket buckets each. Lambda boasted that a person could actually sit on their throne, and many fraternity members tried sitting on it during the event. 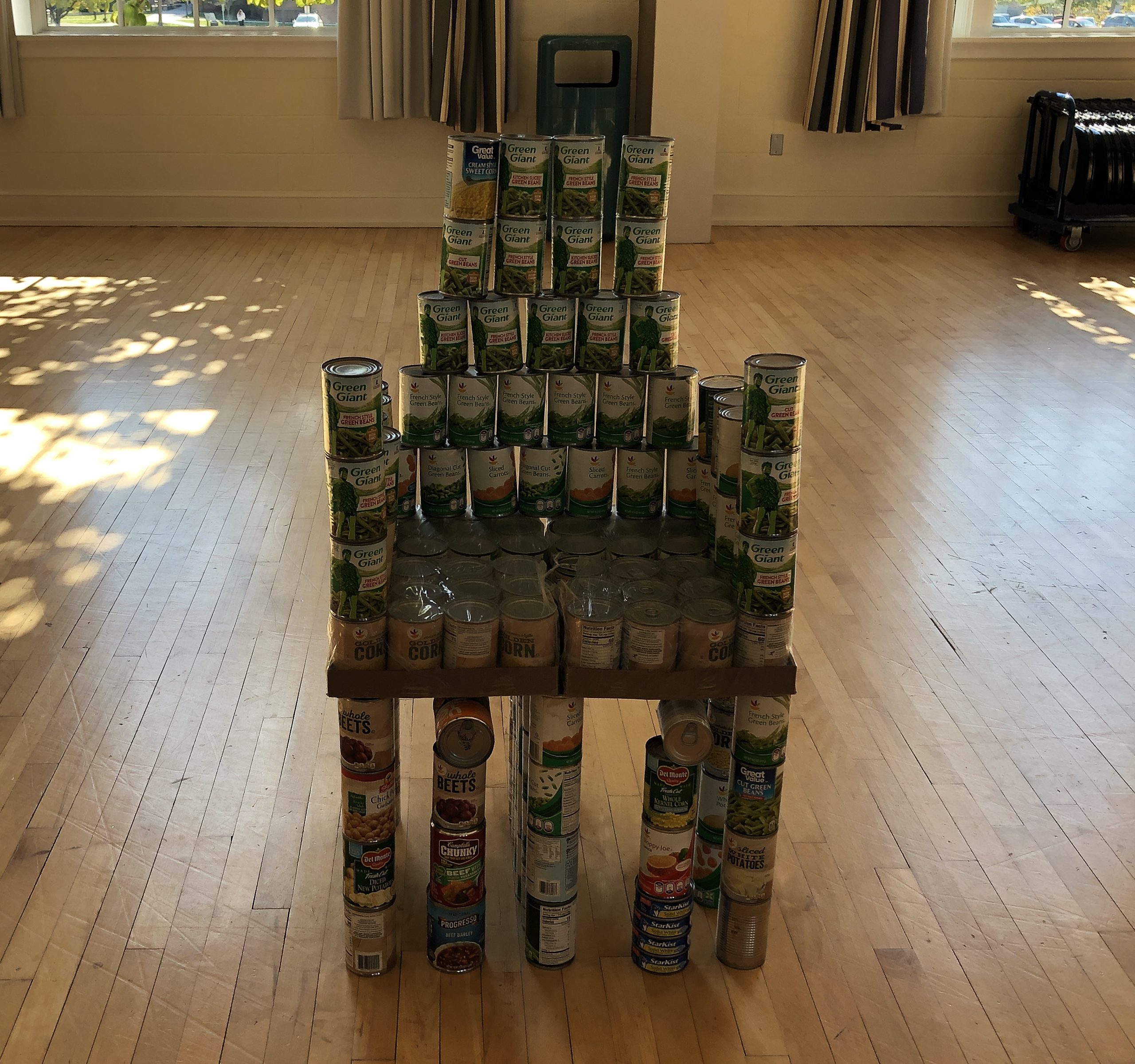 Toward the end of the event, many of the contributors stood beside their sculptures for group photos, excited to show off what they had made, and how much food they had acquired.

According to the Campus Kitchen’s rules, in order to vote for the best sculpture, a person would either have to donate one can of food or pay a dollar to receive a ticket. They would then put the ticket in the bucket of their choosing; whoever had the most tickets by one would win the contest. All of the food and money would go to the Campus Kitchen.

“I’m super happy that we found a way to get food donated to us and a way to make it fun because it can be hard sometimes to get donations,” Sabrina Robinette ‘23, a board member of the Campus Kitchen, said. “I really enjoyed working with the board to get it set up.”

Toward the end of the event, the Campus Kitchen volunteers pulled the tickets from the buckets and counted. Lambda and Sigma Chi’s buckets were still overflowing far more than the others; it had become a clear race between the two to win.

“Yay, philanthropy!” Alison Gouveia ‘21, a Campus Kitchen board member, quipped during her small speech to summarize the event and announce the winners.

In a bustle of excitement around the announcement, Lambda received second place while Gouveia named Sigma Chi the first place winner. Cheers filled the CUB Ballroom in collective excitement for this sculpture event and the contributions made to Campus Kitchen’s future plans.