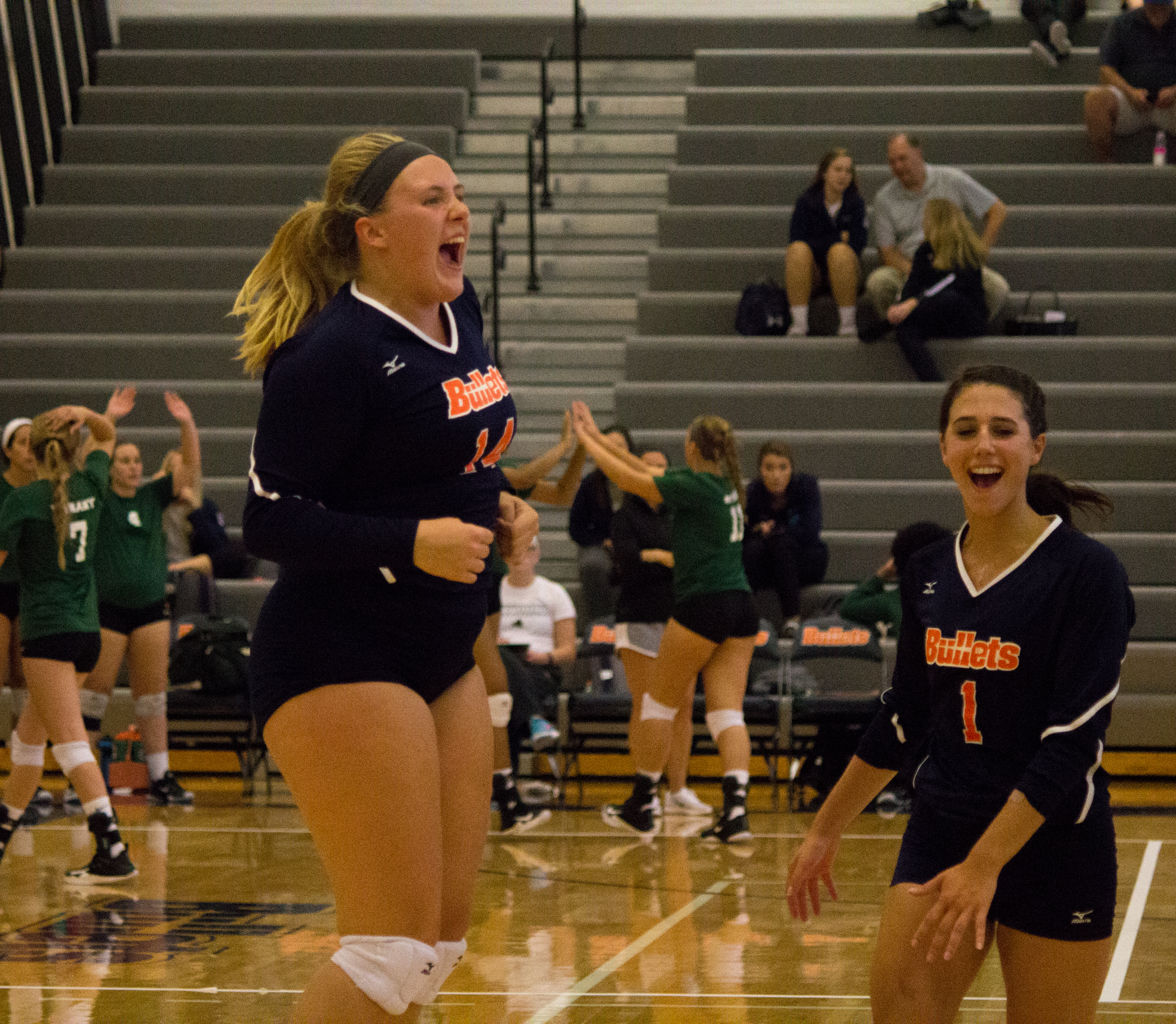 The volleyball team opened up its season at home with the Battlefield Classic tournament on Aug. 30 and 31. The Bullets swept their first three 3-0 games against Lancaster Bible, Elizabethtown, and Salve Regina, but went on to lose their last game against Messiah 3-0.

After the Battlefield Classic, the team would go on a losing streak loosing to Catholic 3-0 the following Wednesday.

The following weekend, Sep. 6 and 7, the team would go on to play at the Washington & Lee tournament. They fought hard for a win against the Generals but ultimately came up short losing 3-2.

The team also lost to Southern Virginia 3-0 but closed out the tournament in good spirits, taking down Meredith 3-2 in a tightly contested matchup.

The team has brought back a wide variety of talent and has high hopes for the season, returning six seniors and five juniors.

Allie Stranick ’21, an outside hitter, said that experience would be key to the team’s success.

“Our team is very experienced,” she said. “Every single one of our players has the ability to have a significant impact on the court, including both of our freshman. In the past couple of seasons, we were considered a ‘young team.’ Now that we are all older, we have stepped up and are ready to make our mark on the program and lead the grades below us.”

“I also want to push myself to be the best player I can be for my team and hopefully propel us into playoffs this year. Making the playoffs is one of the main goals of the volleyball program this year since we have been just one spot away in the past couple of seasons,” she added.  “The senior class of 6 players has worked together to form an awesome leadership team for all of the underclassmen to look up to.”

Brooke Newell ’21, a setter, commented on the team culture after the Battlefield Classic and how they could improve: “After the first tournament, we learned early on the things we need to focus on to be successful in our conference. The loss against Messiah forced us to reflect on how important we need to take practice and make sure we are purposeful in our touches.”

“Culture wise, the team is thriving. Everyone is so positive and the vibe on the court is fun to be a part of,” said Newell. “My goals this season are to push my teammates and make it to the CC playoffs.”

Gettysburg is looking to keep the momentum going from a 17-7 season last year in which they struggled in the Centennial Conference, going 5-5.

The Bullets play a non-conference game versus Marymount University on Sep. 11 at 7:00 p.m. in the Bream Gym. They play their first conference game on Sep. 21 at Washington College.