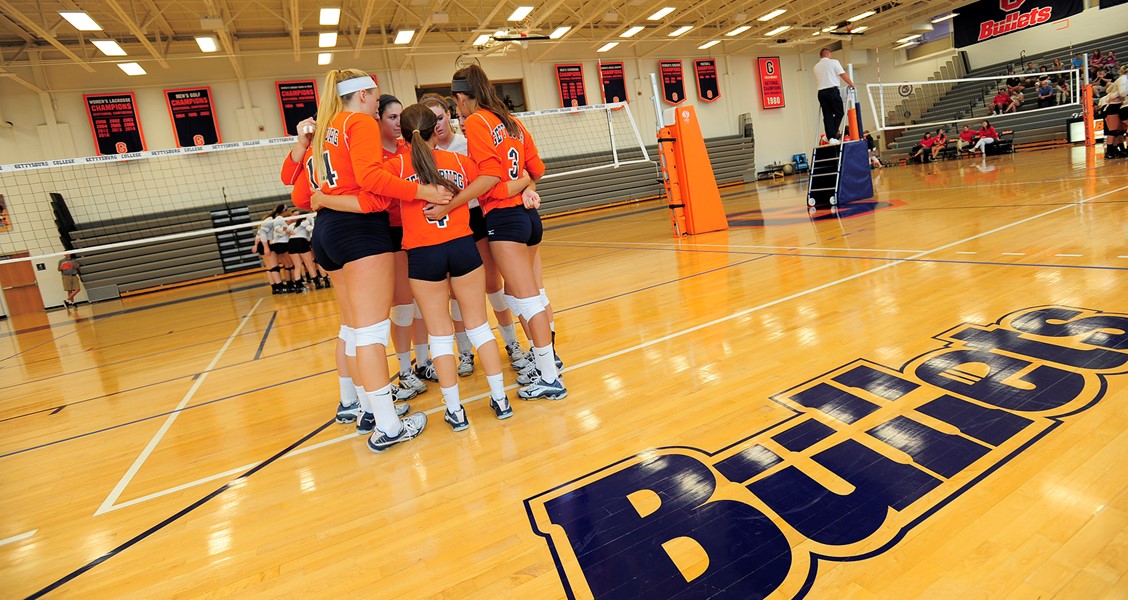 Over the past weekend, the Women’s Volleyball Team travelled to Union, New Jersey to take part in the Kean University Invitational Tournament. The Bullets were able to defeat both Kean and Moravian College, 3-2 and 3-1 respectively, but fell to New York University 3-0.

The first match Friday against NYU saw the Bullets fall to the Bobcats in straight sets 25-18, 25-20, and 25-14. This was the fifth time Gettysburg has faced NYU, the first since 2011, and the Bullets have yet to beat the lower Manhattan institution.

NYU would go on to beat the rest of its opponents at the Kean invitational, Moravian, Lycoming, and Kean all in the same manner they took down the Bullets, leaving the event without dropping a single set.

The matchup against Kean saw career highs for a few of the Bullets’ players. Junior Allie Stranick had a career-high 22 kills and senior Kasey Higgins set a personal best with 17 kills and 8 digs. Higgins also made the all-tournament team.

In the following set, the Bullets held the lead the entire time, with the exception of a lone tie. The third set consisted of 15 ties and 5 lead changes. Tied at 24, Higgins came up kill and the Bullets took a 2-1 lead.

Going into the final set 2-2, the match was close until the very end, with the Bullets rallying from a five-point deficit to collect the final points and take the match 3-2. The Bullets are now 9-0 against Kean all time.

Moving onto their second match, the Bullets had a much easier time against Moravian College. Much like their previous match, in the first set Moravian was able to slip by and take an early lead.

The second set was a much different story, with the Bullets holding a lead for the entire set. In the third, Moravian came out to a 12-10 lead, with the Bullets quickly turning things around and taking a 6-point lead.

In the final set, Gettysburg moved on from their sluggish starts. They quickly came out to an 8-0, and then continued to hold a double-digit lead for the rest of the set, winning the match. This was Gettysburg’s third straight win over Moravian, improving their all-time record to 17-2 against Moravian College.

Gettysburg will begin their Centennial Conference play against Washington College at 12 pm on Saturday, followed up by a match against Wesley College the same day at 2 pm in Chestertown, MD.