Student Senate Covers Logistics, Welcomes the Class of 2023 in First Meeting of the Year

Home » News » Student Senate Covers Logistics, Welcomes the Class of 2023 in First Meeting of the Year 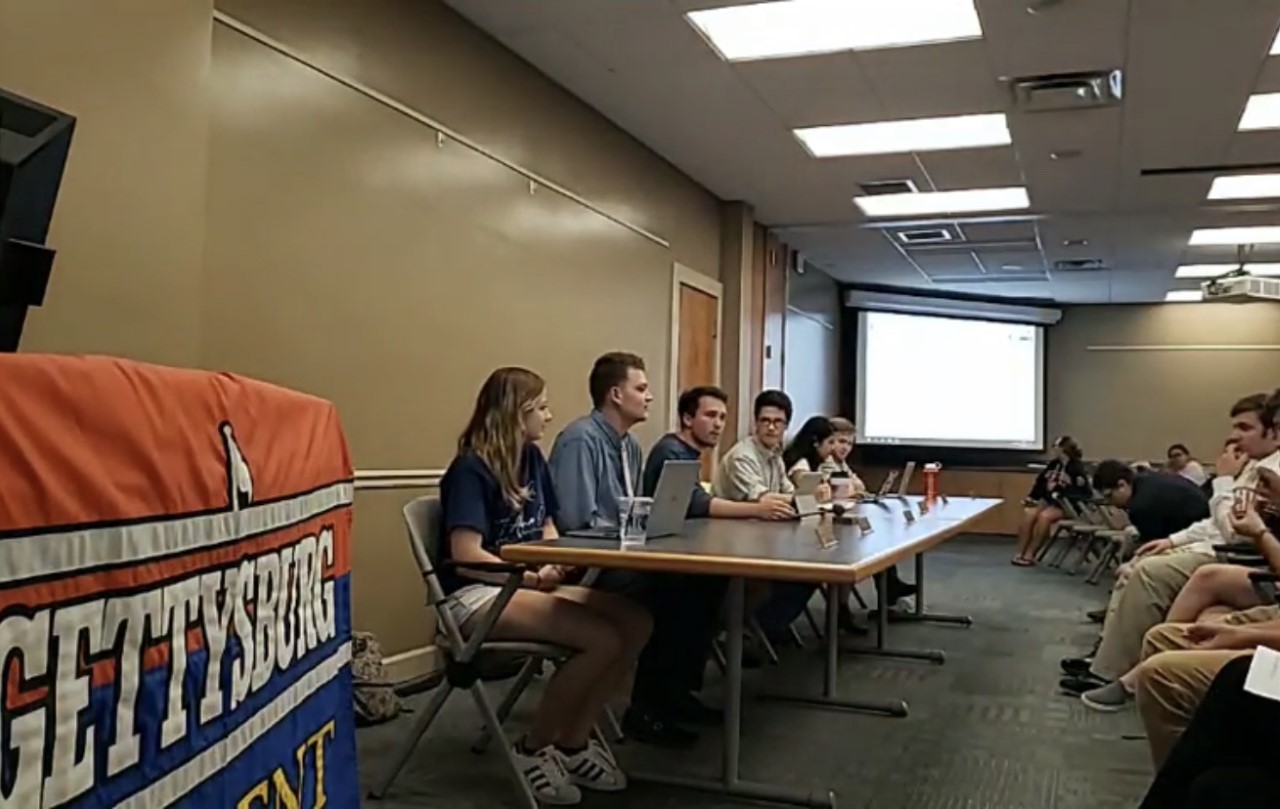 The first Student Senate meeting of the year, held Monday evening, was preceded by the Senate Barbecue, which, due to a few minutes of torrential rain, was relocated inside. Both first-years and President Bob Iuliano were welcomed to campus and had the opportunity to meet the Senate executive board and current members.

The meeting itself had a very short agenda before opening the floor to students running for officer and Senate positions in the Class of 2023 to give their Statements of Purpose. Each member of the executive board gave introductory remarks.

Senate President Pat McKenna ’20 said he was “excited to make Senate a more inclusive organization… one that people can come to.”

He then described the process of submitting nominations for the Ralph Cavaliere Endowed Teaching Award, given to a member of the faculty who shows excellence in teaching.

McKenna also announced the addition of a fourth student seat on the Student Life Committee. He recommended that those interested in making campus policy for the student body apply for the committee, and, generally speaking, encouraged students to run for committee chair positions, which are not exclusive to members of Senate.

McKenna’s opening remarks were followed by Senate Vice President Jack Lashendock ’20 who alluded to the large number of candidates in the first-year class running for positions before giving a rundown of campaigning, elections for Class of 2023 senators, and class officers.

“I am blown away by the interest in the Class of 2023,” he said. “It’s really great to see you guys so involved on campus, especially with student government. I’m very excited to see how you continue that throughout the year.”

Elections for first-years will run from Wednesday to Saturday. The positions that need to be filled include class officers for the Class of 2020, two senior full-year senators, and two junior senators for the fall semester.

Coppola hopes to make funding “a much more friendly, much less daunting process,” which, he said, will depend on open communication. In order to encourage communication, they will be holding small training sessions for club treasurers and those new to the BMC process.

McKenna added that Senate onboarding on parliamentary procedures, in addition to other training, will also be taking place once the new members have been elected. He is also pushing for senators to attend more of the events that they vote on in order to develop more dialogue between clubs and Senate.

The CUB desk hours are as follows:

The CUB will be unlocked during these hours and accessed via swipe system at the doors to the Janet Morgan Riggs Student Center.

Allen also reminded attendees that President Iuliano’s Inauguration will be September 28th and that student performers are welcomed to show off their skills throughout the day and should contact the office for time slots. Club presidents and representatives will also be included in the ceremony.

With no student concerns or club announcements to be made, the official meeting ended. It was then followed by the statements of purpose by the students running for Senate and officer positions from the Class of 2023.