Opinion: Arming Teachers Is Not the Answer

Home » Opinions » Opinion: Arming Teachers Is Not the Answer 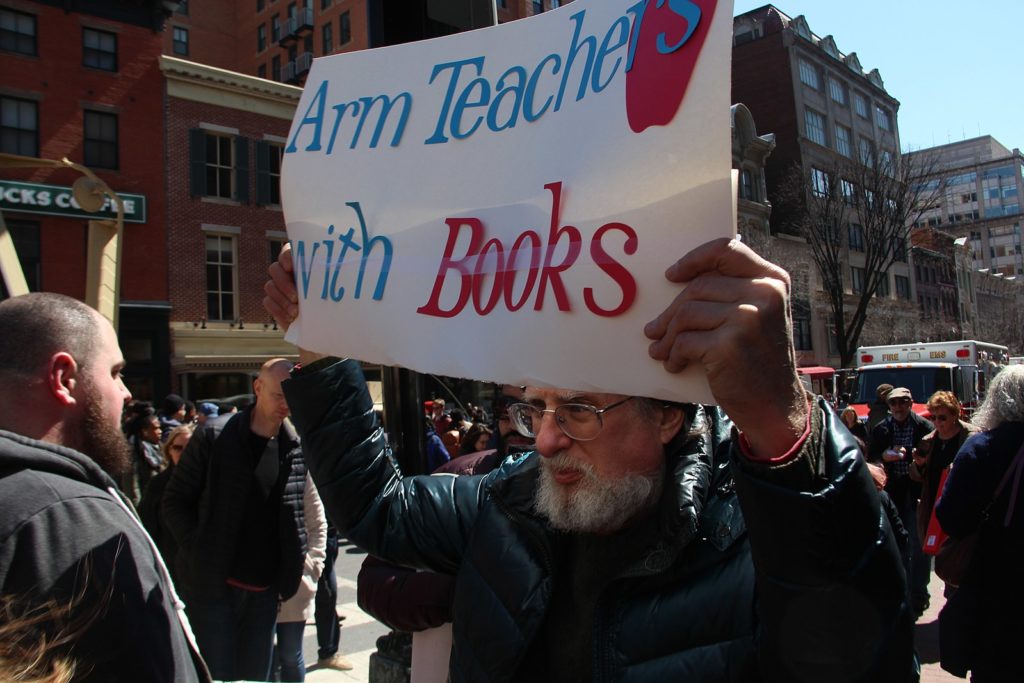 In the time that it takes me to write this, eight people will be shot and four of them will die.

According to the Gun Violence Archive, 10,289 people have been shot and killed in America this year. From the period of January 1, 2009, to May 21, 2018, America has had 288 school shootings. The other G7 countries (Canada, France, Germany, Japan, Italy, and the United Kingdom) have had a total of three school shootings over the same period.

But statistics can be overwhelming and desensitizing. How can we put them into a broader context? What does this mean for us?

It means gun violence in schools persist and children are dying. So what’s the solution?

To some, the answer may just be more guns. Their argument is that if we give guns to security—and many people are calling to also arm teachers—then shooters could be stopped with said guns.

This has little, if any, factual evidence to back it up. Firstly, armed guards often present unintended and negative consequences. Giffords, an organization that strives to prevent gun violence, found that in the last five years there have been over “seventy publically-reported incidents of mishandled guns at schools,” including a teacher accidentally discharging their gun during a safety demonstration and “a student grabbing an officer’s gun while the officer attempted to subdue the student.”

According to a RAND study, the New York Police Department accurately hits their target in 18 percent of gunfights. NYPD officers undergo extensive training and must requalify for firearms twice a year. Teachers do not get this training, and police officers are not generally surrounded by large groups of children near the guns being fired. This is not an indictment of the NYPD’s accuracy rate; on the contrary, the point is that while 18 percent is an impressive rate, giving guns to untrained people in the presence of children is dangerous and irresponsible.

Most teachers do not like the idea of guns in schools. A Gallup poll conducted in 2018 shows that 73 percent of teachers oppose the idea of guns in school. Additionally, 60 percent of teachers say an armed school staff would make schools more dangerous. When someone being offered a gun does not want it, it’s usually a pretty good indication that they should not be in charge of firing it in an emergency situation.

The evidence is overwhelming: putting guns in schools will not help. To quote presidential candidate and Mayor Pete Buttigieg, “If more guns made us safer, we’d be the safest country on Earth.”

We are not the safest country on Earth; that much is obvious.

It has been about an hour since I started writing this. Four more people have been shot and killed.