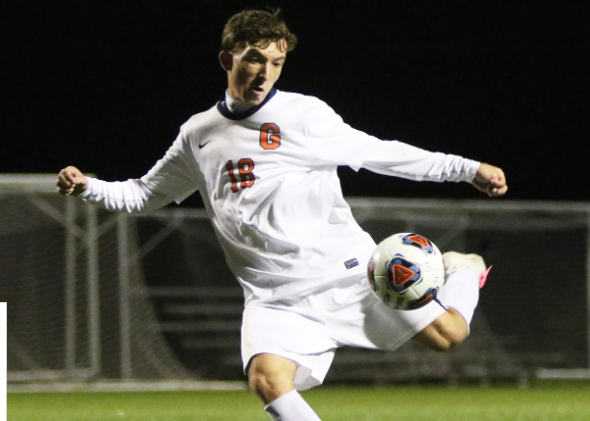 The Gettysburg Men’s soccer team traveled this past weekend to open their season at the Turk Emekli Classic tournament in Washington D.C. The Bullets left the tournament with a 1-1 record, picking up a win against the Catholic University Cardinals, before losing to The College of New Jersey Lions.

The Bullets started the weekend against the Cardinals on Friday Aug. 30, where they picked up a 3-0 victory to start their season.

After a slow start, the Bullets began to heat up. Coming out of a scoreless first half, three players scored for Gettysburg in the second. Sophomore Oladayo Thomas was the first to find the net on an assist from First-Year Pape Diallo.

Thomas, the reigning Centennial Conference Rookie of the Year, helped the Bullets with his aggressive offense; posting three shots on goal, one goal, and one assist on the game.

After Thomas got the offense started, he was followed by first year Julian Burden. This goal was the first of Burden’s career with the Bullets.

Sophomore Jack Carroll added another goal for Gettysburg in the final few minutes of the game to add insurance to the win over the Cardinals. Entering the season, Catholic was ranked first by their Landmark Conference preseason coaches’ poll; however, they were unable to stop the Bullets’ young offense.

The Bullets had little time to celebrate before they faced the Lions from The College of New Jersey. Their second and final game of the tournament was played the following day on Saturday, Aug. 31.

The first goal of the game was scored on Gettysburg’s first shot. It was a team effort as senior Raff Mazzone brought the ball into the box, allowing junior Sam Lerman to tap the ball in.

The score stayed in Gettysburg’s favor as the Bullets’ aggressive offense took 13 more shots in the half. They were unable to connect on these, allowing TCNJ to even the contest at the 36-minute mark.

Despite outshooting the Lions for the entire first half, the game was tied at 1-1 entering the half.

TCNJ wasted no time getting things going after halftime, as their second goal came only seven minutes into the second half. Now trailing 2-1, the Bullets only managed four shots in the second half.

Although they outshot the Lions 17-6 in the game, the Bullets were unable to keep up with TCNJ as they evened their season record at 1-1. Senior goalkeeper Thomas Keane played all 90 minutes against TCNJ, recording two saves in the contest.

When the weekend came to an end, it was the York College Spartans who were named Turk Emekli Classic champions, defeating Eastern Mennonite and Bridgewater University.

With an even record, the Bullets will look to add another win as the Christopher Newport University Captains travel to Gettysburg for a contest on Saturday Sept. 7.