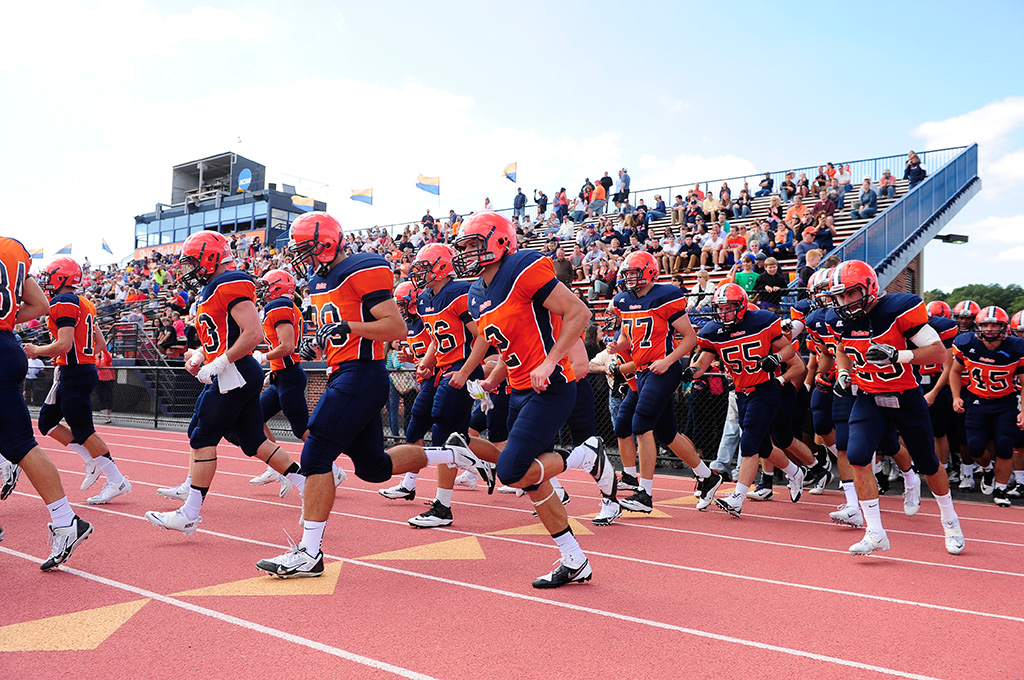 The Bullets football team came up short this past weekend against a strong Dickinson team in the annual contest for the Little Brown Bucket.

The Red Devils carried a 28-6 lead into halftime and went on to win the contest 56-20. The bucket will remain in Carlisle for the fourth year in a row.

The “Battle for the Bucket” has been an annual part of the Gettysburg-Dickinson rivalry since 1938 when the trophy was created by S. Walter Stauffer and George Hummel, members of the Board of Trustees of their respective institutions.

The Bullets won the first game of the series 14-0 on Thanksgiving of that same year. Dickinson leads the Bucket rivalry 27-22-1. Gettysburg however holds the edge in all time head to head matchups dating back to 1982, 44-38-2.

The first quarter was a busy one for the Red Devils as they compiled 264 total yards of offense. This included four rushing touchdowns, two of which came from Gettysburg turnovers.

The Bullets caught a bit of a second wind going into the second quarter. They picked off a pass early, and kept grinding until they finally got on the board after an 82-yard drive led to a touchdown.

First-year quarterback Logan Edmond found senior receiver Kevin Benavente in the red zone. Not long after, sophomore running back Chris Vass scored his first career touchdown and got the Bullets on the board.

The Bullets added a second interception later in the quarter, and looked to continue establishing themselves in the game.

“Even though we were down at this point, we felt good about ourselves. We are big believers in hard work breeds results, so why stray from that?” said First-year Brandon Janosko.

“We just need to defend the run game better, and look to limit offensive turnovers. As we learn to face adversity head on and deal with it with confidence, we will be just fine,” said First-year Garrett Ammons.

The Bullets will look to bounce back at McDaniel this coming Saturday, Sep. 28, at 1 p.m. The Bullets lead the all time series 51-20-1, but McDaniel have won the last two matchups between the two schools.

The Green Terror will look to rebound from a 34-17 loss to Franklin & Marshall this past weekend.