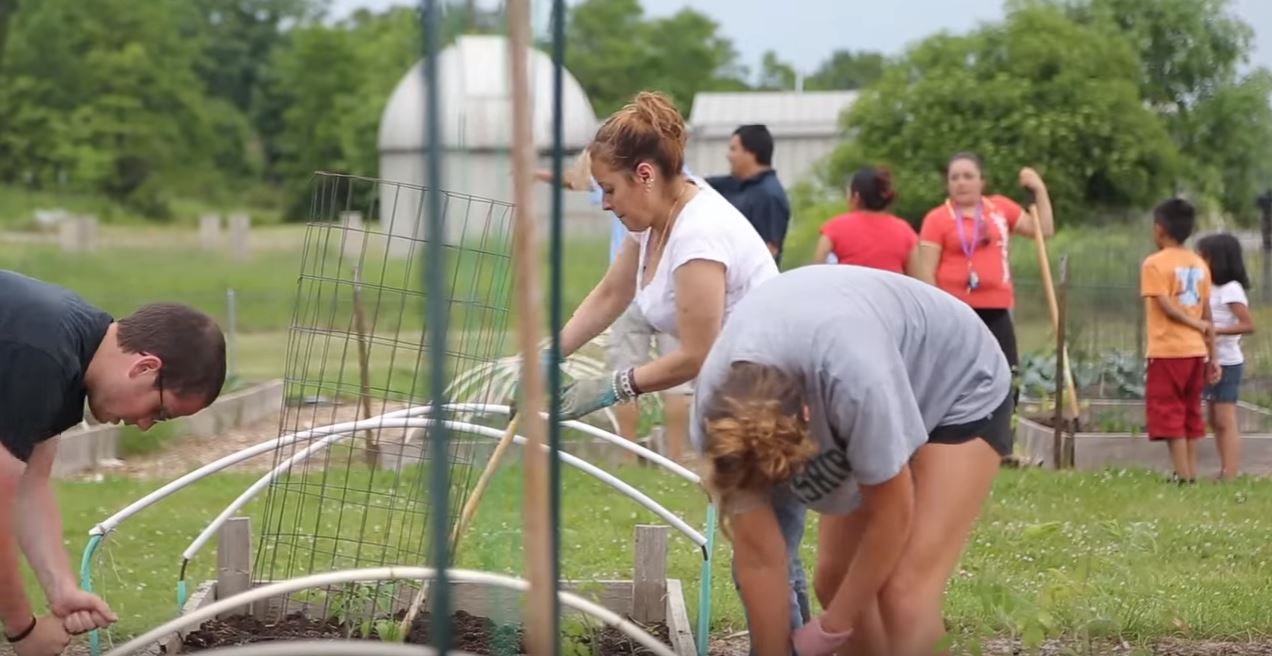 Students and community members partner to work at the Painted Turtle Farm through the Center for Public Service, which sponsored the first annual GIV Day in 1992 (Photo courtesy of Gettysburg College).

This week in 1999, the college worried about not having enough housing for students as there were 60 more students enrolled since the previous year. Gettysburg enrolled 2,252 students at Gettysburg in 1999. The Quarry Suites were still under construction and college administration was trying finish construction on Quarry by January 2000. The administration had to be flexible when working with students to find housing accommodations, dining plans, and other necessities of living on campus. The Appleford Inn was purchased and the Colonial Motel was being leased, allowing those 60 extra students to live in those buildings. Residence Life suggested the motels for sophomores as an in-between dorm and apartment-style housing. Huber Hall was undergoing renovations at the time as well.

This week in 2015, first-year students participated in the 23rd annual Gettysburg is Giving (GIV) Day, which allows students to engage in service in the local and surrounding communities and broaden their understanding of social justice issues. The 2015 event procured a tremendous turnout. Students participated in the Poverty Simulation for an hour in the morning to further their understanding of how low-income families support themselves; a simulation which is still implemented in the annual GIV Day agenda. For the other half of the day, students went to other sites in the community to participate in service, such as the Literacy Council, the Office for Aging, the Painted Turtle Farm, and schools in the area.