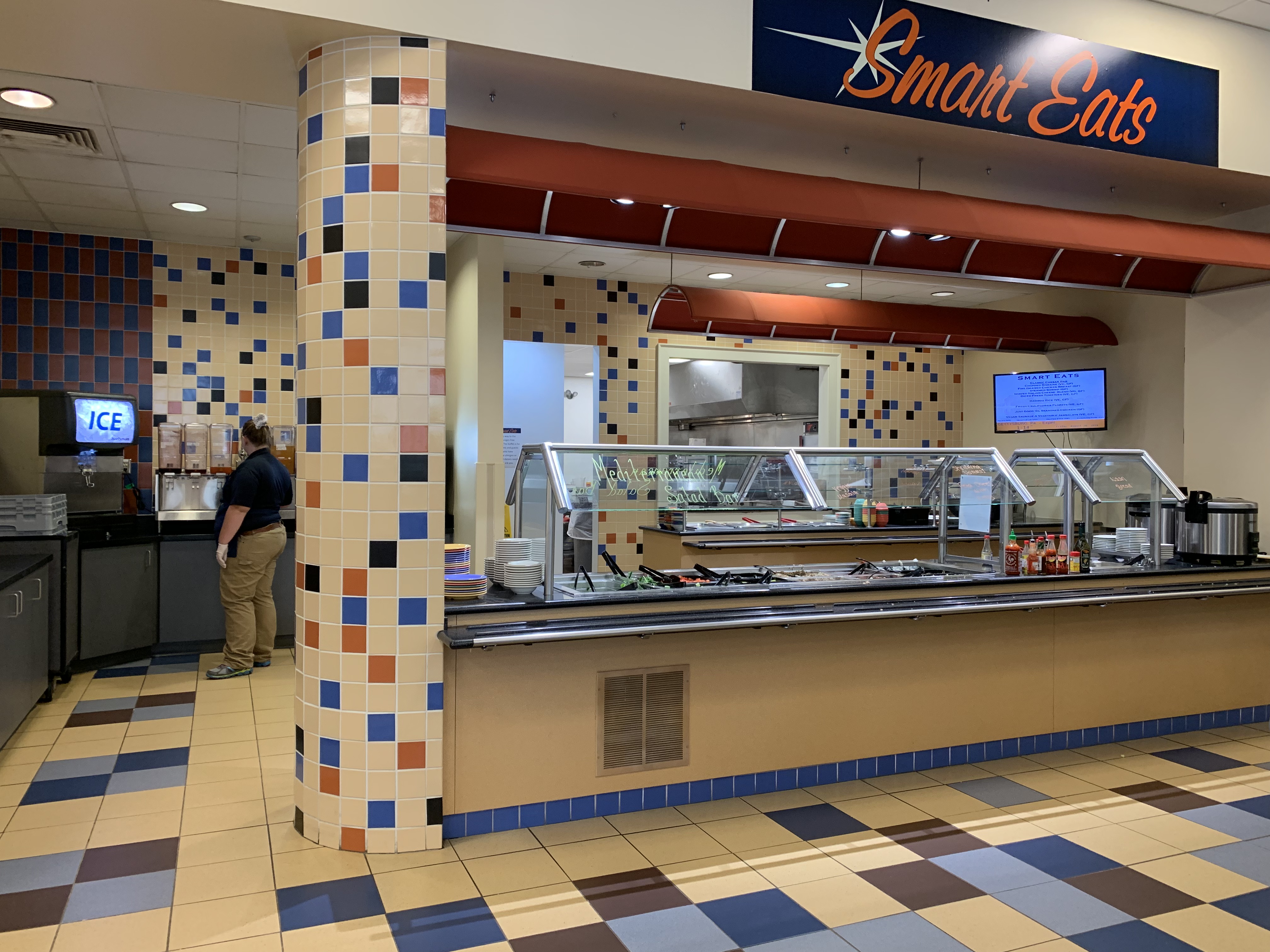 Servo underwent a renovation over the summer, just before the Class of 2023 arrived, in order to welcome the newest food service station: Smart Eats. Located in the spot formerly occupied by The Grill, Smart Eats is decked out with a Mediterranean salad bar, hot plate section with vegetarian and vegan options, and a row of fresh, organic juice drinks. 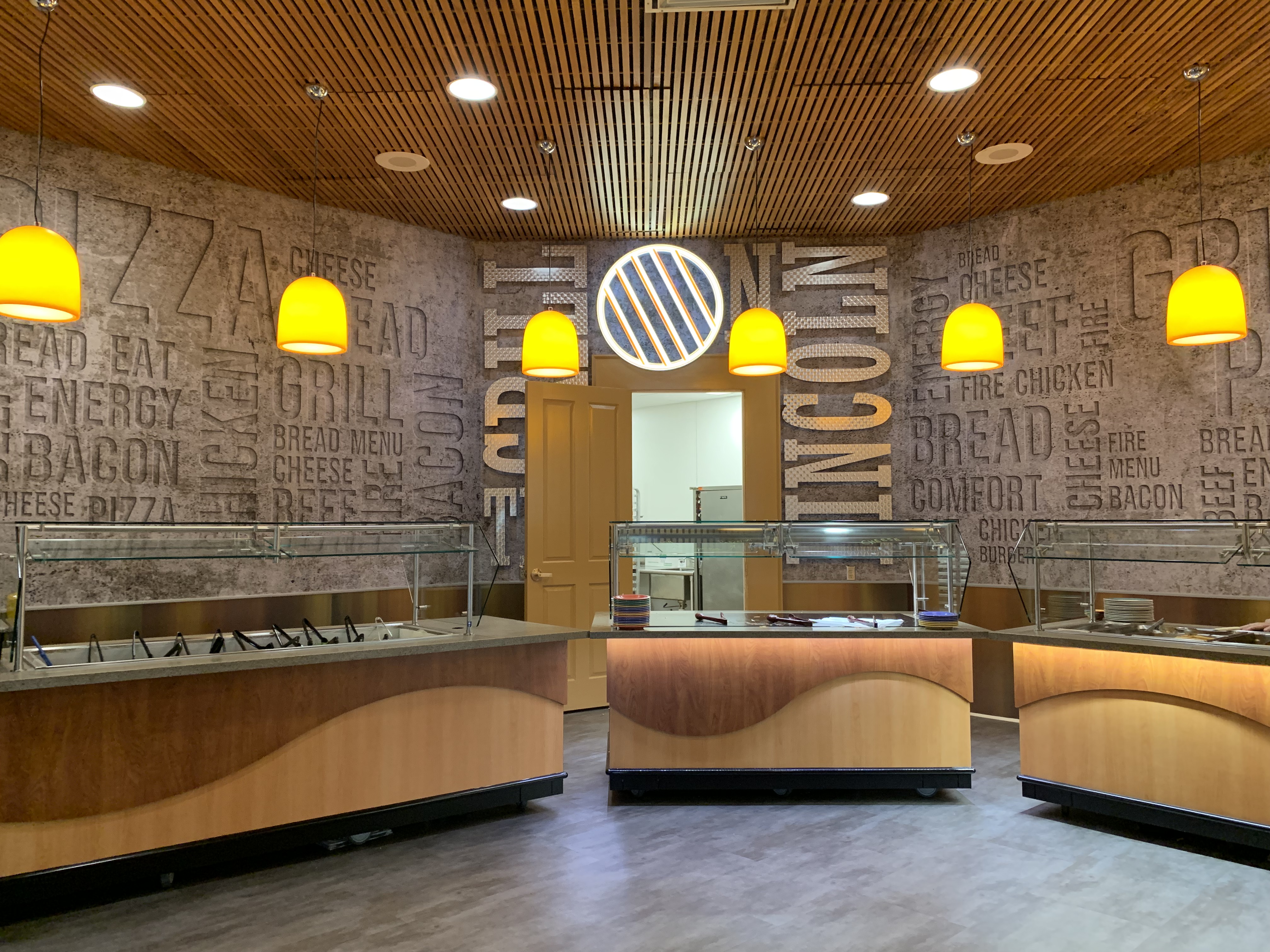 The Grill has been renamed to “The Grill on Lincoln” and relocated to the Specialty Dining area (Photo Phoebe Doscher/The Gettysburgian).

The decision to broaden Servo’s healthy food options came after an observed shift in food choices at Servo, as noted by Gary Brautigam, Director of Dining Services.

Dining Services decided to create a new point of service for students to actively make healthier food choices and to expand upon the preexisting options in the vegetarian and vegan corner, as well as in the salad and fruit bars.

“I first tried the Smart Eats section Thursday night during dinner,” Seamus Meagher ‘23 said. “I was attracted to this section for the healthy alternatives, and I was very pleased with [the] great taste. I’ll be going back for sure.” 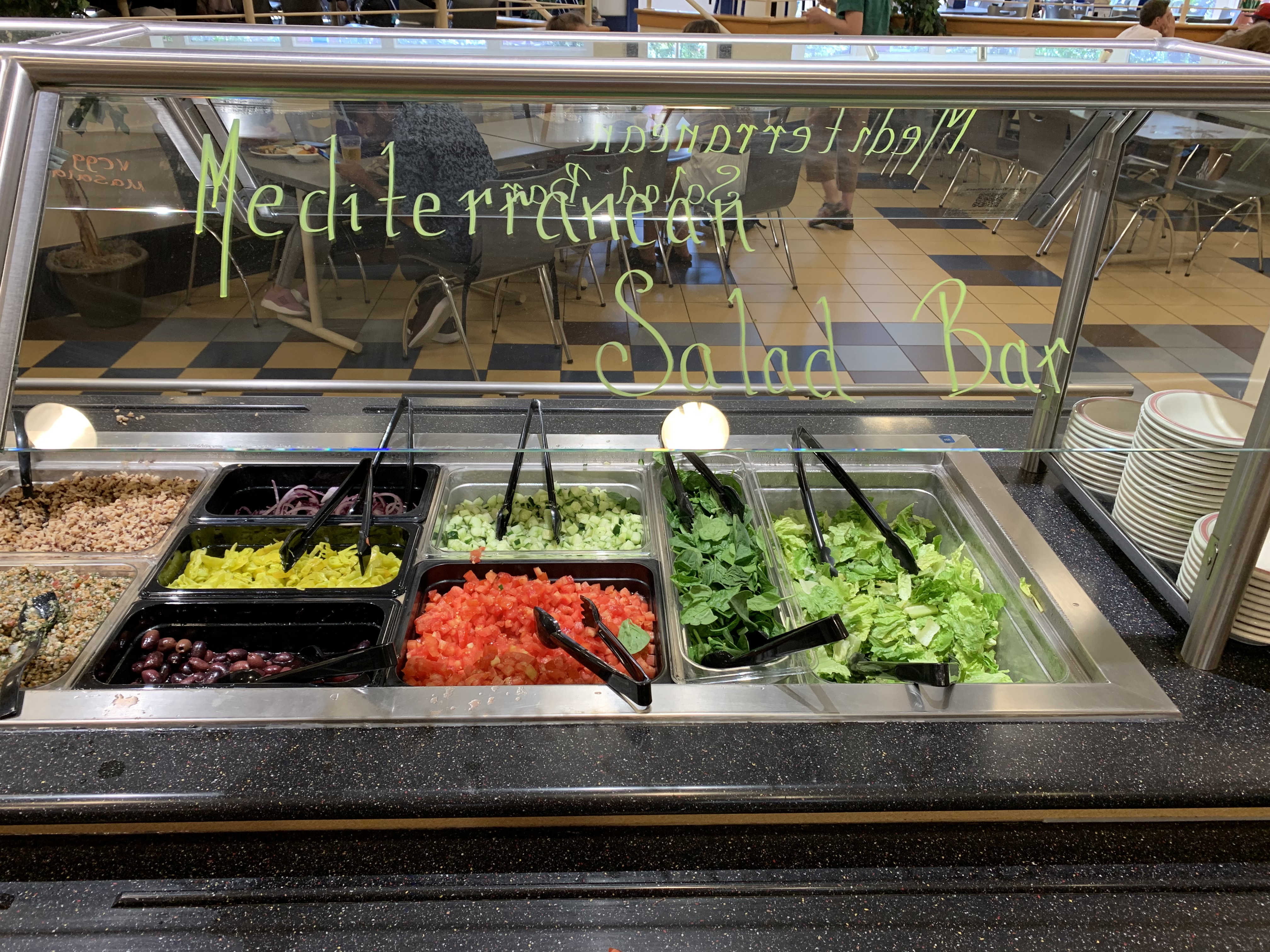 Students, throughout the first week of school, have taken advantage of the new food options at Smart Eats.

“It gives students another option besides making their own healthy food that is prepared well and tastes even better,” Brian Buechele ‘22 said.

The Grill on Lincoln still serves its popular burgers, pizza, and chicken nuggets, and Dining Services make no plans to completely eliminate their less-than-healthy food options. Brautigam emphasized the consistent effort of Dining Services to provide high-quality food, as demonstrated by its #11 ranking for Best College Campus Food in the 2020 edition of the Princeton Review.

“We buy the best quality food that we can,” he said. “I’d rather not serve it than serve something that’s below quality.” 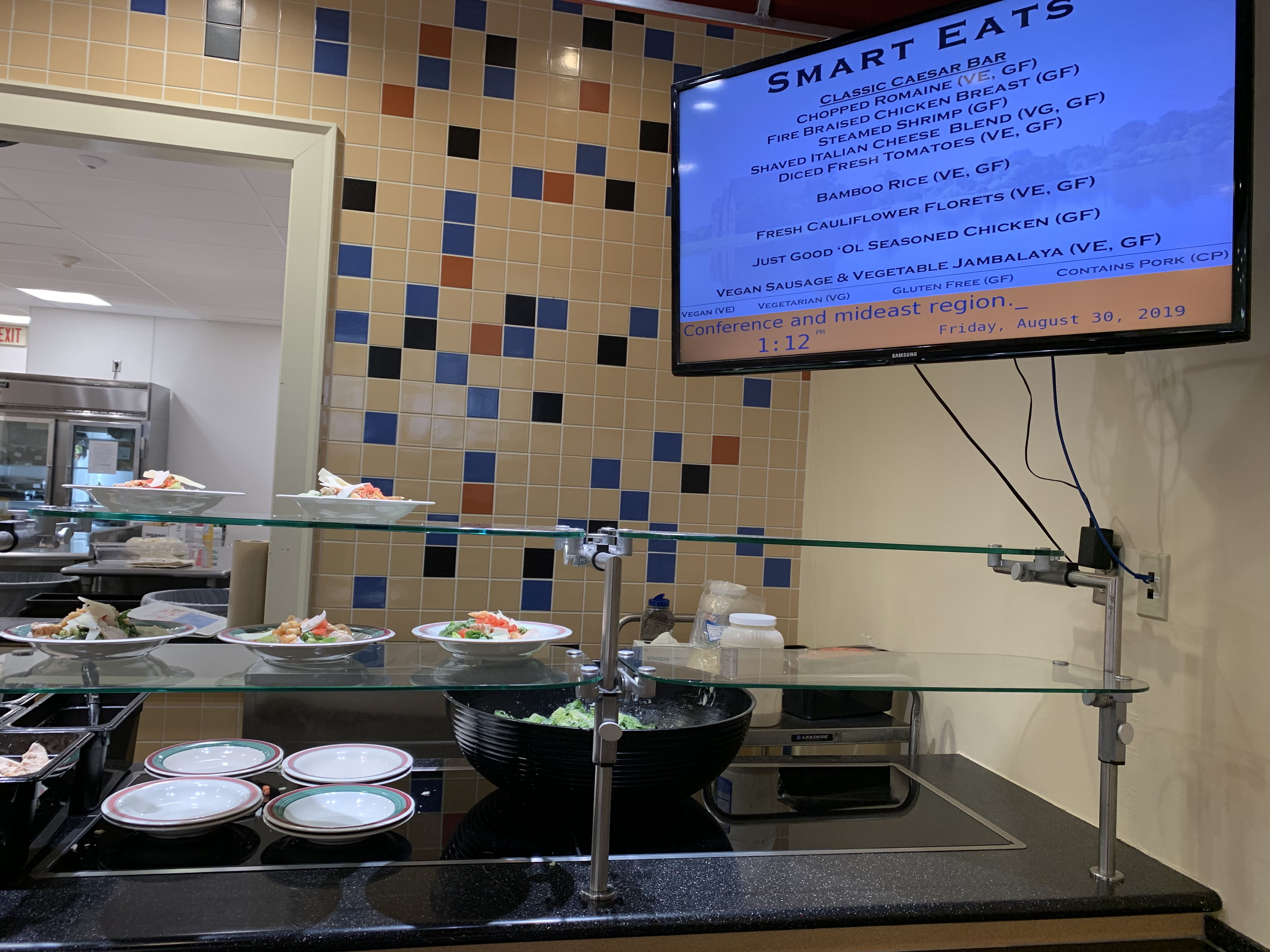 Servo’s allergen-free section, which includes food free of the top eight allergens, also experienced a relocation and expansion. Now, students with severe food allergies — from gluten to peanuts and tree nuts — have access to a hot buffet behind the Smart Eats area instead of the previous food chafers through the kitchen near the soup section.

Sous Chef for Gettysburg Dining Services Anna Fetter is dedicated to crafting a varied menu for patrons of Smart Eats. She noted that the new section offers jasmine rice and a grain pot on a 14-day cycle, with new grains every day until the two-week reset. She has experimented with veggie noodles, or “zoodles” (zucchini noodles), as well as vegan versions of paella, jambalaya, and various stews and sauces.

“We did this vegan shiitake mushroom bolognese, so instead of using the cream to make it creamy, we used coconut… and that was a really nice sauce,” said Fetter. “We have a nice long list of veggies, and we’re rotating through those throughout the cycle menu, too.”

Smart Eats is still in the midst of some minor adjustments, including new, illuminated signage above the area.