Opinion: The Time for Gun Safety Reform is Right Now 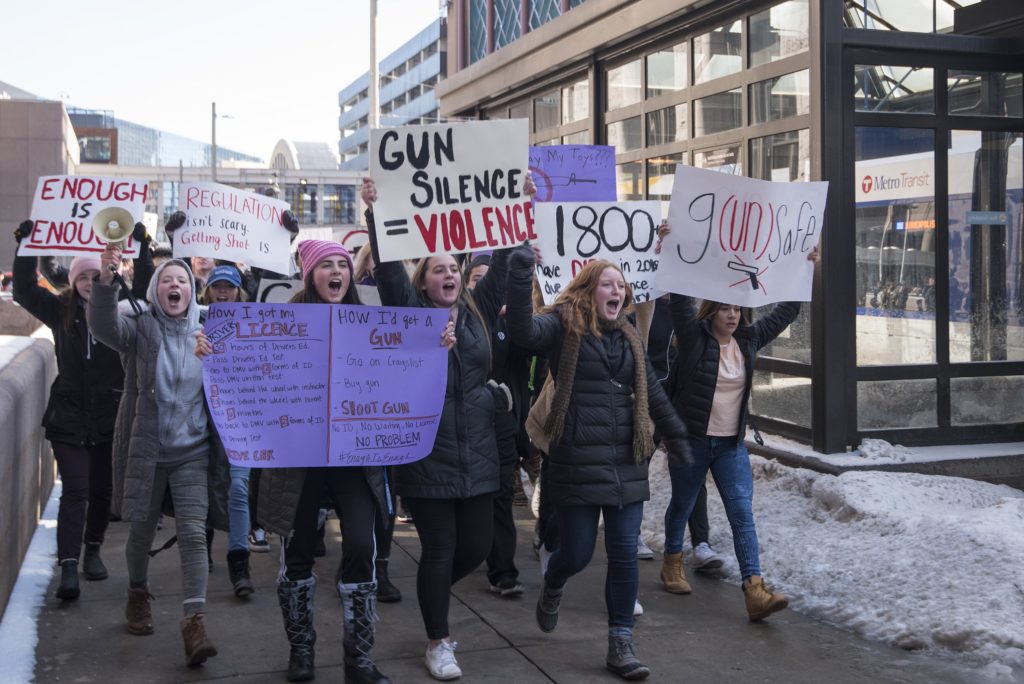 As gun violence continues, so do protests and insistence that gun safety be reformed (Photo courtesy of Wikimedia Commons)

In 24 hours, 29 people died from mass shootings in El Paso and Dayton, which makes 32 fatal shootings with over three victims in 2019 so far. The NRA has spent $1.69 million dollars lobbying legislators in 2019 so far. This is not an issue that will solve itself. We have policies that will prevent gun violence, including background checks for every gun sale, red flag laws, and waiting periods for all firearm sales, yet we still fail to pass and implement them. We should have passed and implemented these policies many tragedies ago. The House of Representatives has passed a bill requiring background checks for all firearm sales, now the Senate must too.

Before the shooting in El Paso, a anti-immigrant manifesto was posted online. It contained the hateful rhetoric that our president has used. White extremism is growing, and when our president’s hate empowers those extremists and makes them feel their beliefs and subsequent actions are justified. We must continue to call out the racism and hate that our president speaks, and we must react as strongly to domestic terrorism as we would to international terrorism.

There is no way to practice drills for a mass shooting in every location they occur because it is clear now they can happen anywhere. We can, however, practice advocacy. Register to vote and vote in every election you are eligible to vote in, not just for president but for state and local elections. Remember the victims and survivors of shootings, and do not use the shooter’s name. Attend protests and call your legislators, even and especially after many people have moved past the last shooting. We must use our pain after these tragedies to drive us to push for common sense gun safety reform. Our lives depend on it.