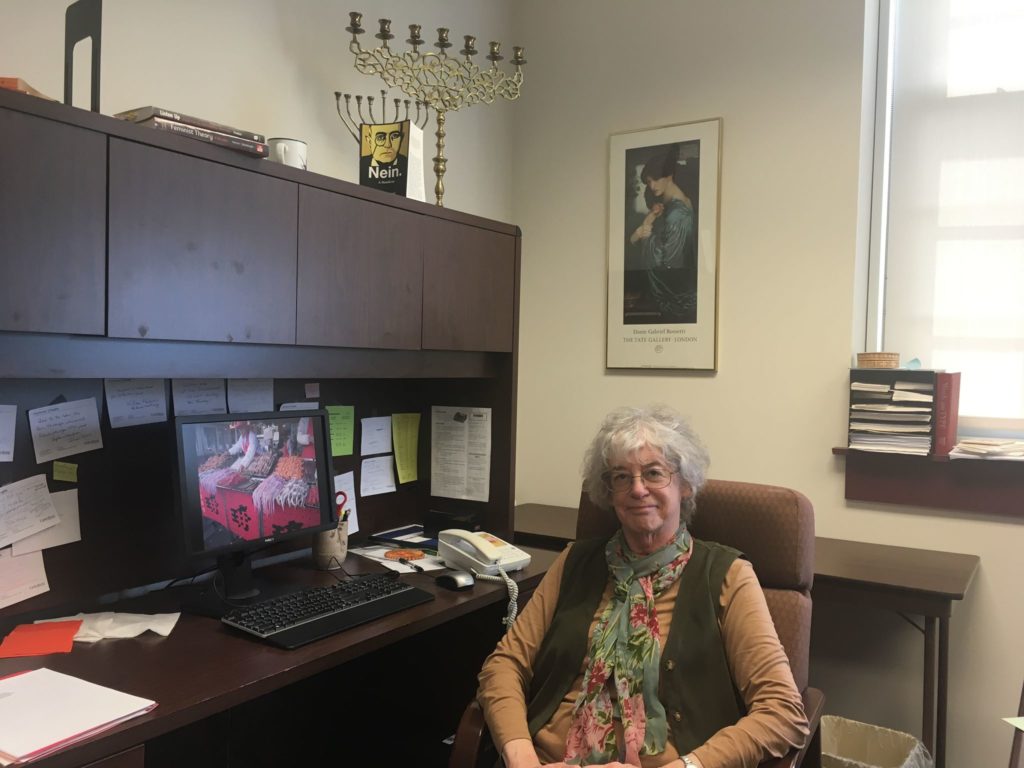 Retired Gettysburg professor Temma F. Berg, who taught classes in English, Judaic Studies, and Women, Gender, and Sexuality Studies, spoke on second-wave feminism for the last lecture of the WGS Series. Berg taught at Gettysburg from 1985 to 2018 and is currently working on a memoir entitled Tales Out of School: Diary of a Mad Professor and published a book in 2006 called The Lives and Letters of an Eighteenth-century Circle of Acquaintance. At the lecture, she stated that she simply “could not decide” between lecturing on sexual harassment in the classroom and second-wave feminism, but eventually decided to speak out second-wave feminism because it is something very important to society.

Berg spoke about her consciousness-raising groups in the ‘70s and the disabilities within the groups. There were people who were learning sign language, some with hearing disabilities, and women who were beginning to come out as lesbians and embrace their sexualities. She noted that, through her group, she also endured one of the most emotionally draining experiences in her life; especially when she had to support a friend who was coping with the death of her husband and son, all within one month. In the consciousness-raising groups, the published author read literature with her grad-school friends, albeit the group was only comprised of three individuals.

The lecturer quizzed the audience, asking them to define feminism, second-wave feminism, and the names of other races of feminists during the Second Wave. Berg mentioned that the First Wave ended with a vote being given to women and the Second Wave began with the Civil Rights Era and the Vietnam War. The Third Wave then commenced when feminism took a transnational turn.

She also referenced second-wave feminist works such as The Handmaid’s Tale, written by feminist Margaret Atwood. Berg pointed out that not all feminists were white and middle-class. Florynce Kennedy, for example, was a lawyer who sued the Roman Catholic Church in 1968 for interference with abortion. Other feminists like Chandra Talpade Mohanty, Patricia Clark Smith, and Dolores Huerta also paved many roads during the Second Wave.

Berg rounded out her talk by pointing out how successive generations of feminism can never move beyond histories with a simplistic view of feminism. In her view, feminism will continue to progress and become more intersectional over time.