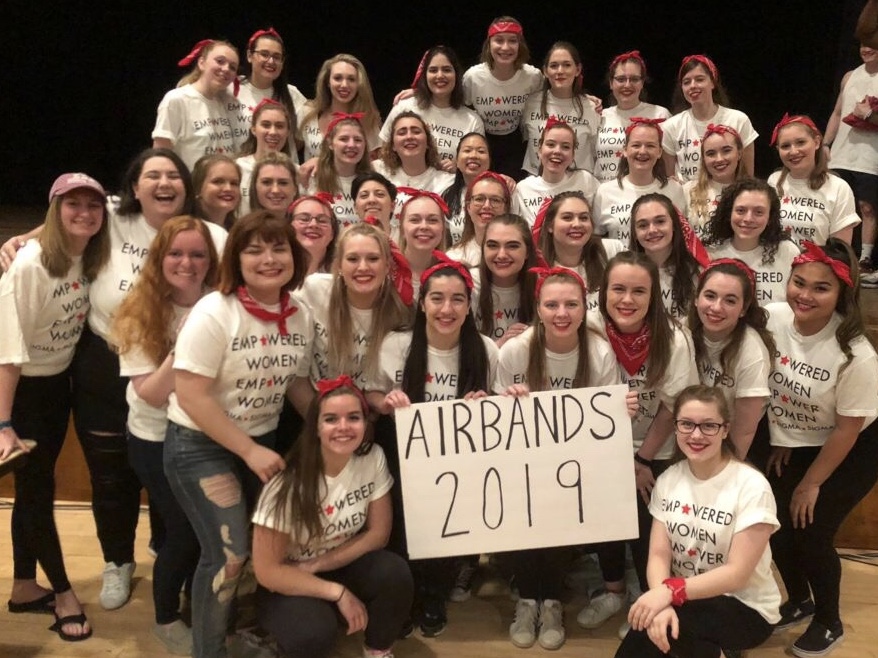 ADPi is one of Gettysburg’s seven sororities, and each year they host Airbands to raise funds for Ronald McDonald House Charities. ADPi and RHMC have been partners since 1979, and since then, the Alpha Delta Pi Foundation has facilitated the contribution of more than $14,000,000 nationally. RMHC supports families who must travel for the medical treatment of their seriously ill or injured children. Ronald McDonald Houses provide private rooms, home cooked meals, and playgrounds for families who are supporting their children through a very difficult time.

At Airbands, the sophomores and seniors of each Greek Organization performed a dance that was judged by a panel of three. Each fraternity had two coaches, members of ADPi who helped them prepare for the competition. The men were clearly spirited in their performance, eliciting much laughter and enjoyment from the audience. Sigma Alpha Epsilon came in first among the fraternities, followed by Phi Kappa Psi and Sigma Chi.

The sororities performed as well, and Tri Sigma came in first for the second year in a row. Alpha Omicron Pi and Delta Gamma placed second and third, respectively. Tri Sigma was also the sorority winner of the Can Tab Wars; throughout the week, ADPi collected can tabs at their CUB Table because RMHC uses the funds from recycling these to cover daily operating expenses. Among the fraternities, Phi Delta Theta collected the most.

B.O.M.B. Squad performed as well, although they, along with the ADPi dancers, were not judged for the competition. Noah Guy ‘21, accompanied by Matt Robertson ‘19 on guitar, and Four Scores serenaded the audience; Guy’s set list included an original song.

Overall, it was a night of philanthropy, fun, and friendly competition, and though Tri Sigma and SAE are proud of their wins, helping the children supported by Ronald McDonald House Charities is a win for all.

Editor’s Note: The author of this piece is a member of Tri Sigma. (-M. Neiman)