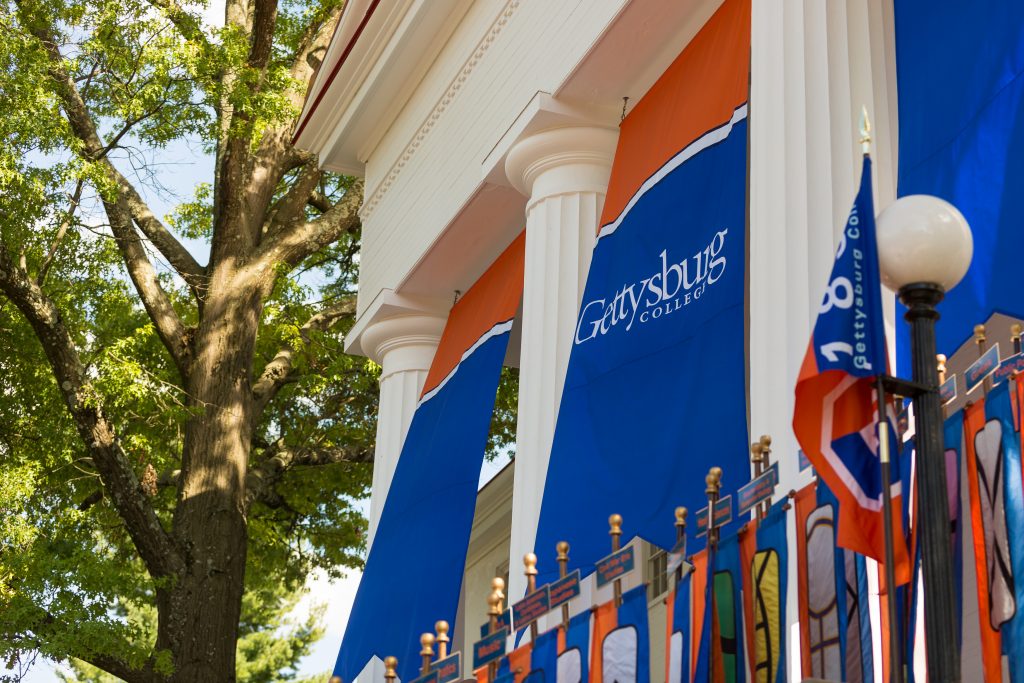 On Monday, Apr. 22, the Naming Principles Advisory Group, an ad-hoc committee that was created on the heels of Bob Garthwait’s resignation from the Board of Trustees after a photo of him wearing a Nazi uniform at a fraternity party came to light, held open forums in various locations throughout the day to hear from members of the campus community about their thoughts, concerns, and opinions in regards to the principles that should guide the college in naming buildings and programs.

While Garthwait was the impetus for the creation of the committee, Chair of the Committee and Trustee Richard Scheff ’77 emphasized in an email to the campus sent Apr. 9 that the group’s charge is to identify principles to “guide any re-naming controversies.”

The listening sessions were conducted in an effort to gather input as the group, which is composed of Trustees, members of the faculty, administrators, and students, prepares to make a policy recommendation to the Board of Trustees. Scheff said he expects to make that recommendation in time for the Board’s May meeting.

In preparation for the meetings, the group distributed a survey that included questions pertaining to who should be involved in the naming process of programs and campus buildings and what the process of renaming a program or building should involve.

In researching other institutional approaches to the matters, the group has found a common interest among educational institutions in implementing policies that are consistent with the institution’s current mission statement. For instance, Yale University was mentioned at one of the meetings on Monday as being an inspiration for how Gettysburg has begun its own process of creating a policy for naming and renaming programs and buildings.  Yale renamed Calhoun College in 2017 after controversy stirred over Calhoun’s history of defending slavery was brought to light. The university encouraged dialogue from alumni, current students, and faculty alike before coming to this decision and forming its renaming policy, much like Gettysburg is currently working to do.

The meetings held on Monday maintained the established goal of hearing from students, answering questions, and soliciting recommendations for the creation of Gettysburg College’s renaming policy. Some of the ideas taken into consideration included consulting the College’s historians on candidates for the naming of buildings and programs and providing historical backgrounds of the figures who are chosen for the honor.  Concerns included the disconnect and misunderstandings of ideas and perspectives among older and younger generations and the trouble of social media spreading false information about current issues as well as historical issues.

“Monday’s sessions were informative and the Group appreciated the many thoughtful comments and observations of those who attended the listening sessions,” Scheff said in an email. “We hope that those who attended left with the same feeling. As we stated at the listening sessions, it is our expectation that the Board of Trustees will use the Group’s recommendations to formulate a Policy that addresses renaming situations.”

“Speaking for myself,” Scheff added, “I have appreciated the opportunity to be involved in this process which has allowed me to meet many new people who care deeply about the College as I do.  As a Trustee and alumnus, it gives me great pride to speak of Gettysburg and the work of this Group as one of the reasons why I feel that way.”