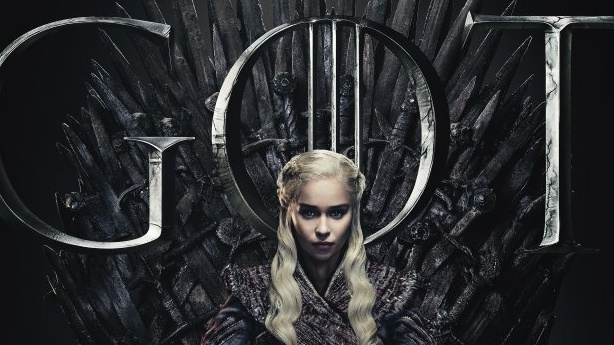 Despite HBO’s attempts to fend off future hacks after their highly publicized 2017 attack – which revealed major plotlines from hit shows like Game of Thrones – the network was recently targeted by a computer hacker who successfully leaked scripts for several of their upcoming programs. When asked by police why he decided to target the network, the suspect reportedly said: “My mom won’t let me use her HBO Go password anymore, but I still really wanted to know how Game of Thrones is going to end.”

It seems like he got his answers, as the hack released the scripts for all six episodes for the Emmy Award- winning fantasy drama’s upcoming final season, and the contents are shocking to say the least. The previously top-secret scripts reveal that season eight will begin with Jon Snow and Daenerys Targaryen arriving at Winterfell to fend off attacks from the invading ice zombies known as the White Walkers. On the heels of the highly successful reveal that Jon Snow is actually a secret Targaryen in season six, Game of Thrones executive producers and head writers David Benioff and D.B. Weiss have decided to reveal that Tyrion Lannister is also a secret Targaryen. In a shocking twist, it will be revealed that Tyrion is actually the presumed dead son of Daenerys and her first husband Khal Drogo, who time-traveled back into the past while still a fetus so he could grow up to protect the realm from the White Walkers, fulfilling the three heads of the dragon prophecy. Other interesting intel revealed by the leaks is that the eunuch Varys is actually a merman, who has been hiding his tail under his robes for the past eight seasons as he secretly planned to flood Westeros and make it part of his underwater kingdom. However, the most shocking twist of all will come in the series finale, which will reveal that the Seven Kingdoms are one of the Delos theme parks from Westworld, and all of the main characters are actually robots who believe themselves to be human. This crossover twist will propel us into the upcoming third season of Westworld, which is rumored to be coming out in 2020. The leaks say that in the third season of Westworld, our robotic anti-heroine Dolores will learn how to ride a dragon to finally exact her revenge against humankind.

The HBO hack also revealed spoilers about the highly-anticipated second season of Big Little Lies, which is set to be released this year. Meryl Streep will be joining the cast in season two as the mother of Perry, whose death the main characters covered up last season after Bonnie pushed Jane’s rapist down a flight of stairs. The hack reveals that Streep’s character will also take an unfortunate tumble in the second season when she comes to Monterey looking for answers about her son, which will force Nicole Kidman’s character to consider setting her own twin sons up for the murder, knowing no jury will ever convict two elementary schoolers.

The Gettysburgian reached out to HBO for comment about these leaks but did not receive a response.