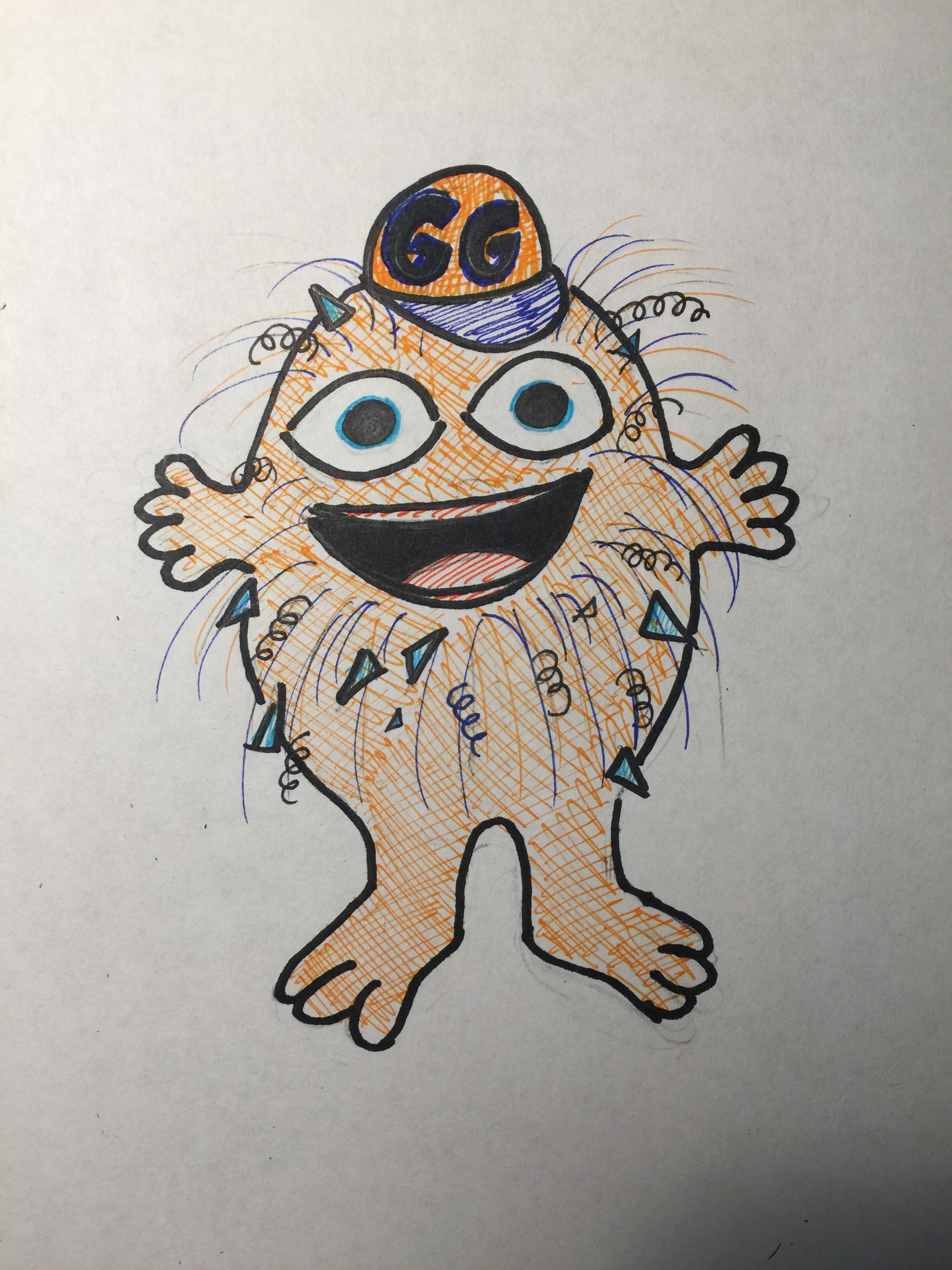 The art department has developed a concept drawing of the Gettysburg Grapeshot for further workshopping (Drawing courtesy of Danielle Sicotte/The Gettysburgian).

In this rapidly changing world, many in the Gettysburg community share the feeling that the Gettysburg mascot, “the Bullet,” is dated and even offensive.

In response to this attitude, The All American Association for Modern Mascot Improvement or AAAMMI (pronounced “The Triple A Double M Single I”) has devoted their services to the college to help develop a more inclusive and positive mascot for the community.

After three months of meticulous research, careful planning, and difficult choices, the final cut has been made this week, and the Gettysburg Bullets will now be the “Gettysburg Grapeshots.”

Among numerous other influences, The AAAMMI cited the grapeshot’s impressive historical significance, ties to the community, and positive overtones as their main points in support of the new mascot.

The grapeshot was first introduced to Gettysburg more than a century ago in July of 1863 and has been embedded in the Gettysburg culture ever since.

According to a local historian, Wiki P. Diah, Grapeshot was a “creative approach to ballistics which was revolutionary at the time, using a collection of uncommon materials such as nails and shards of glass as a sort of cannon ball-like form of weaponry. When the grapeshot was used in a cannonball-like fashion, these materials would boldly spread out and cover an impressive area in a wildly exciting and haphazard manner.”

This amazing feat of ballistics was certainly not overlooked by the Gettysburg community and its influence can be seen around any corner. After the introduction of the ballistic weapon, the townsfolk in 1864 organized the first Grapeshot Music and Arts Festival, now a widely known Gettysburg tradition. The community also is home to the Grapeshot Reenactment Society devoted to producing historically accurate reenactments of Civil War battles.

In addition to the remarkable historical and community connections, The AAAMMI found several meaningful parallels between college and grapeshot that furthered a positive message. The head of the project, Juddius VonQuigglemire, commented, “Just like Grapeshot, Gettysburg College is not a solid element, but a close-knit community packed tightly together into a quaint college campus.”

A member of the administrative committee added, “We [Gettysburgians] are fast and spread all over the place after graduation.”

The college administration and The AAAMMI expressed only one concern over the change. One of the board administrators details, “The only concern my colleagues and I share on the adoption of this new mascot is the word ‘shot.’ We worry that this may encourage the illicit consumption of alcohol in the form of shots among the student body.”

But what are the student’s thoughts on the matter? When asked about their opinions regarding the change, few responded to me and rather gave me strange looks, but some responded with their thoughts.

“It certainly is about time for a change around here. A step in the right direction in my opinion,” said Fontaine Prune ’21.

From my small sampling, it can be seen that the students certainly seem to feel as excited about the change as the AAAMMI and college administration does.

From this great change, there will also be a new college mascot in the near future as well. Due to the Bullet’s negative connotation and somewhat phallic shape, even the thought of a “Bullet” mascot was not possible for years.

With Grapeshot, which only relays positive messages and has absolutely no innuendos, a mascot is almost encouraged. As it turns out, the art department and Gettysburg athletics are working together on a new college mascot, admirably called by its developers, “Grapey”.

When asked about the mascot, the art department said they were thrilled to design such an important figure for the college and also have full artistic freedom.

To embody the spirit of the college and also keep close to his ballistic roots, the developers plan to ornately cover the mascot with objects commonly used in grapeshot – nails, shards of glass, metal, and other similar objects to give him a lively and friendly appearance. They have developed a concept drawing of Grapey, which they continue to refine.

The times, they are certainly a-changin’ here at Gettysburg College. For the meantime, Go Gettysburg Grapeshots!