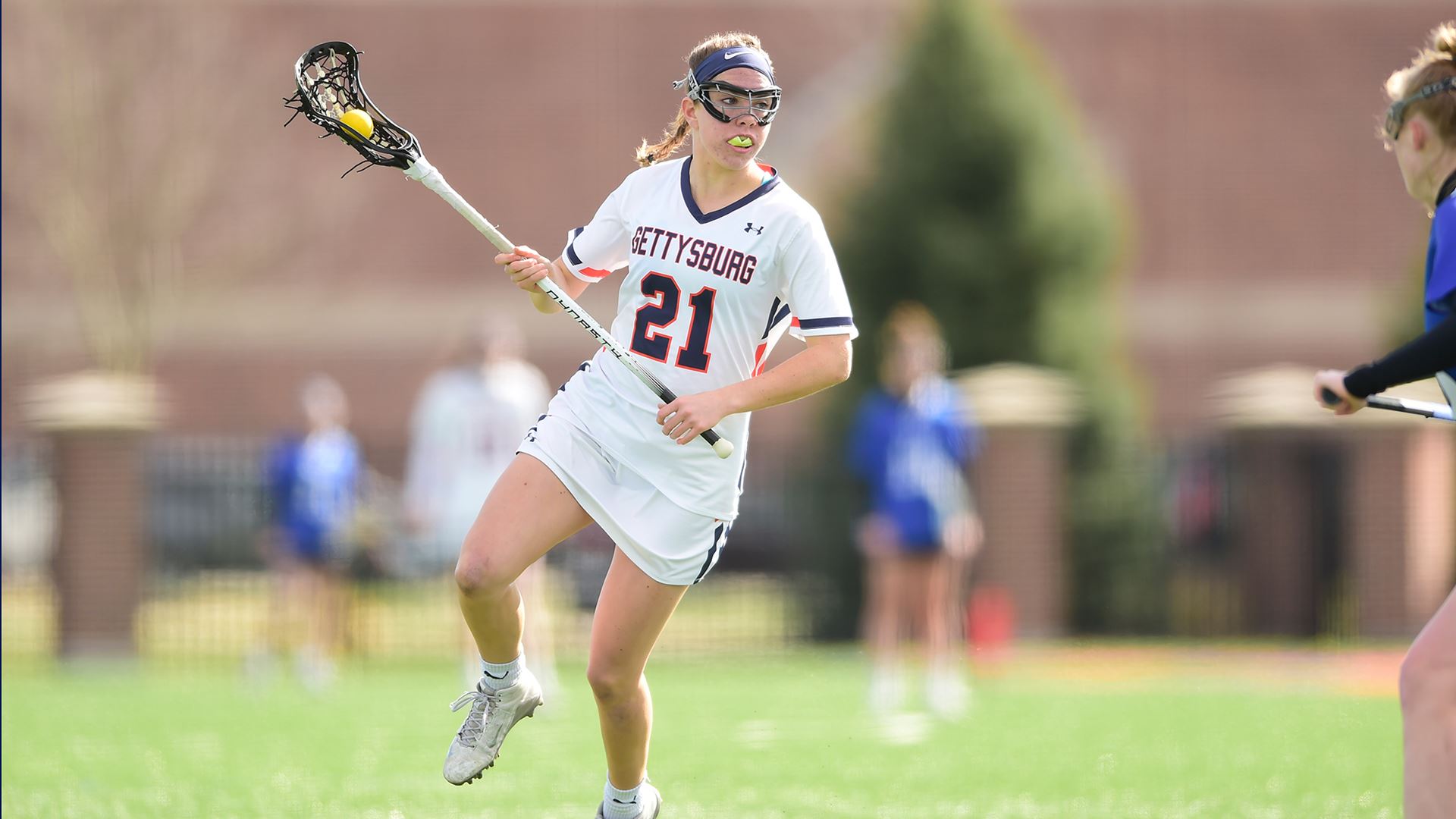 Entering the 2019 season, the Women’s Lacrosse team has arguably the highest expectations placed upon it, more than any other Gettysburg team this year.

Having won back-to-back national championships in 2017 and 2018, the Bullets were ranked #1 in the DIII Preseason Poll and are the heavy favorites to repeat for a third straight year.

“Obviously we’d love to do it again, but our goal is to just be better than yesterday and put out the best version of ourselves,” said Head Coach Carol Cantele who is now in her 27th year at the helm of the program.

Echoing her coach, goaltender Bailey Pilder ’19 said, “I would love nothing more than graduating Gettysburg with a third National Championship, but I don’t like to think that far ahead…We need to make sure we are taking each day step-by-step and not taking any day for granted with these targets and expectations on our back.”

In the past two seasons, the Bullets have been 42-5 with roughly a .89 win percentage, having won the Centennial Conference championship last year but losing it the year prior.

Entering the short preseason period, from coming back after break to the first scrimmages on February 16, Coach Cantele felt that it seemed faster than normal and that “we didn’t feel like we had established real chemistry yet.”

“Preseason is always tough, and the mornings are always hard when you hear your alarm clock going off at a time you would not like, but it is always worth it in the end,” Pilder said.

Kerry McKeever ’21 continued that sentiment, explaining how the team was starting to show signs of how they were playing last year and getting a better sense of knowing where one another was on the field.

So far this year the Bullets are 2-0, having beaten No. 16 Messiah 17-7 on February 21 and then pummeling Stevenson the following Saturday 17-3.

Despite their early successes, the Bullets have plenty of tough competition left on their schedule, notably this weekend’s matchup with Denison, a mid-season test against Washington & Lee, and a home game against perennial Final-Four contender TCNJ.

“I think our players look to the Denison game as a good barometer for the season,” said Coach Cantele.

Denison, currently 1-1 for the year, was champion of the NCAC conference last year and reached the NCAA tournament regional semifinals where the team fell to Salisbury 16-4. Last year, the Bullets defeated them 17-4.

Also of note is the spring break game against Ithaca taking place at the US Lacrosse national headquarters in Sparks, MD.

“Having the chance to play at that facility and see the museum will be really special,” said McKeever.

“We haven’t played Ithaca in a while, so it will be interesting to play a team we don’t see a lot.”

Arguably, the two most important games will be the opportunity to avenge the team’s two losses last year against York and conference rival Franklin & Marshall.

When asked about the pressure of winning a third consecutive championship, both the players and coaches expressed a thankfulness to be back on the field and for the chance to spend another season together.

“Being a part of the Women’s Lacrosse team is an amazing opportunity and a huge family,” said Pilder.

“Everyone truly loves and respects one another,” added McKeever.

The team will continue to rely on that family mentality as it attempts to be the second program in Division III history to be national champion for three consecutive years and would be the first to do it since TCNJ had a four-peat from 1993-6.