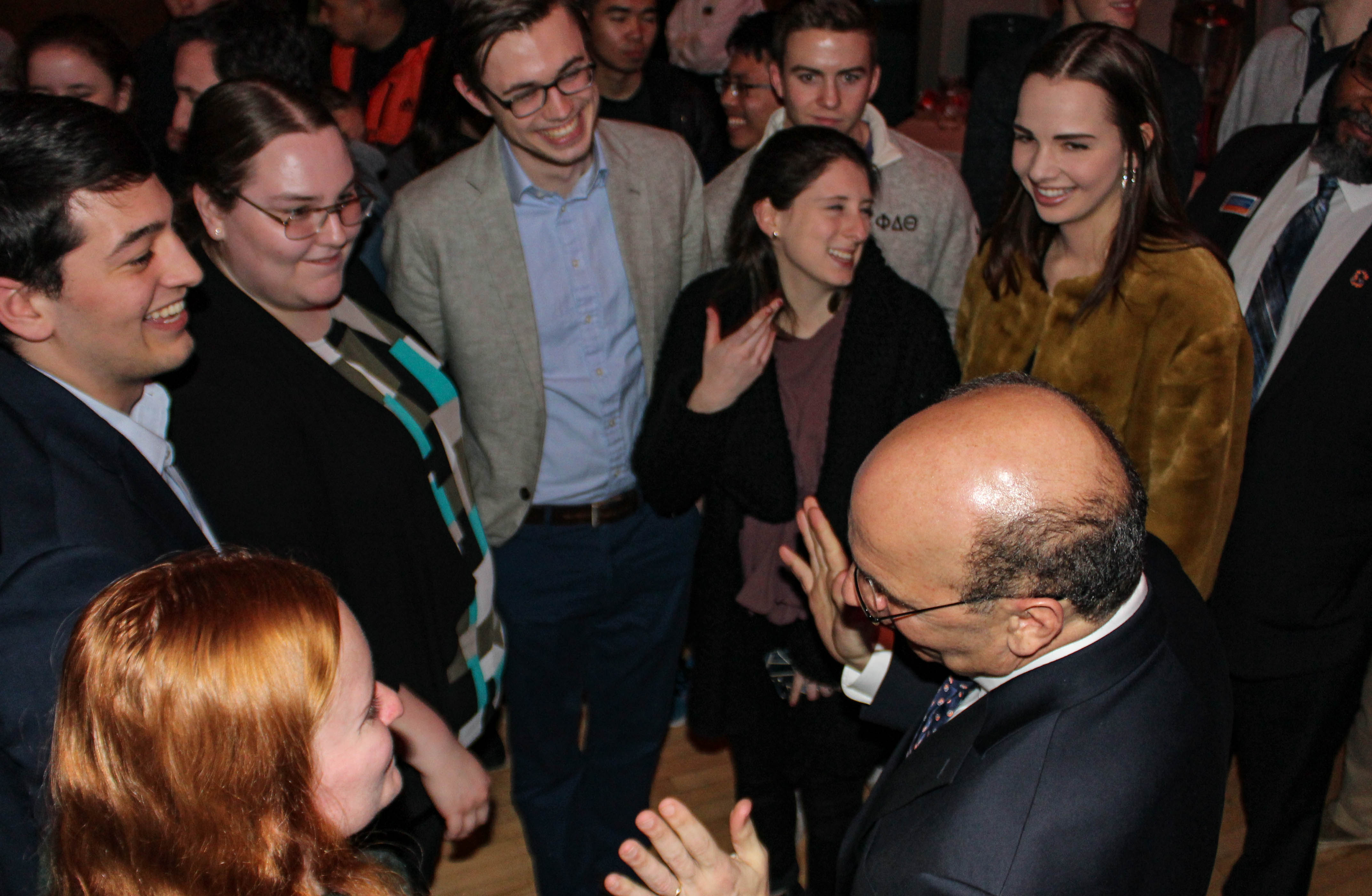 At the Monday, Mar. 18 meeting of Student Senate, many concerns revolving around diversity and inclusion were brought to the floor.

The conversation was sparked by the reintroduction of a previously tabled amendment that included a change in language regarding grounds for impeachment of senators. Senator Ivana Lopez Espinosa ‘19 argued that removing the phrase “and/or if their values are not aligned with the mission and values of the Student Senate as outlined in the preamble of the Constitution of the Student Senate or the mission and values of Gettysburg College during their time in office” would allow for senators to have a more free rein to create legislation or vote in ways that would go against the pillars of Gettysburg College, especially regarding diversity, inclusion, and freedom of speech.

“Over the last year and a half we’ve seen several issues where certain clubs, for example International Club has been denied money for Burgburst and they were only offered $15 for their decorations when it’s actually a huge event,” said Lopez Espinosa. “LASA has had difficulty accessing funds. Hillel last semester when they were asked to come look for senate recognition several students voted no — which is fine to not have them recognized, but there’s like a little bit of issue there… When [Japan] Culture Club came to ask for recognition there was the conversation that we should just have several — or just one group to embody all of these cultures.”

According to Secretary Marisa Balanda ‘21, who provided the minutes from the November 12 and November 26 Student Senate meetings, International Club had requested $1,639.01 from BMC and was allotted $997.51, $187 of that was for decorations. International Club then returned and requested $255.39 and was allotted all of it, including $27.85 for decorations and $65 for two swords.

Lopez Espinosa clarified to The Gettysburgian that while she believes Hillel should be recognized, she acknowledges that senators have the right to vote as they choose.

Senators and executive board members in attendance appreciated Lopez Espinosa’s remarks, agreeing that the issue of senators doing the best for their constituencies was and continues to be an important goal, but suggested that it is not one to be solved by the impeachment process.

“I don’t think that the impeachment process really would affect diversity,” remarked Parliamentarian Abby Hauer ‘21 to The Gettysburgian after the meeting. Hauer explained that, as parliamentarian, she felt that the language revolving around values should be removed because in the National house and senate “you cannot impeach somebody for their beliefs.”

In a statement Lopez Espinosa provided to the Policy Committee and edited for publication in The Gettysburgian, she stated, “The reason I and many of my peers and colleagues find an issue with removing that language from the Impeachment process may seem a little dramatic, but please try to understand where we are coming from. Removing the language from the Impeachment section of the constitution may provide clarity, however it allows for the argument that other sections of the constitution should be altered… When making other constitutional amendments, Senators may be inclined to remove values and mission from other sections of the constitution…Please keep in mind; there are members of Senate who have directed micro-aggressions, discriminated and expressed prejudice towards specific members of our college. On top of that, some partake in cultural appropriation. These action[s] are ignored but they do not go unnoticed.”

Anna Perry ‘21, whose preferred pronouns are they and them, doubled down on Lopez Espinosa’s arguments and contended that impeachment is something that students are considering and that the issue needs to be taken seriously.

“I feel like because I’m white it’s super necessary for me to reiterate arguments that people of color make so that they are listen to,” they noted to The Gettysburgian.

After Perry’s comments in the meeting, Senate moved towards finding way to add the word ‘values’ back into the statement.

Perry went on to state that many students, specifically minority students, have considered impeachment for executive board members, namely President Nick Arbaugh ‘20 and Treasurer Haley Gluhanich ‘19, whom they consider to be overly conservative politically and fiscally in Senate budgeting.

Perry considers impeachment at this point in the semester “very unlikely. That being said, we don’t know what Senate is going to look like next year or in two years.”

In regards to impeachment of any senator of the governing body, Arbaugh stated, “I think that would be a very unfortunate path for the Senate to go down.”

Many students choose to voice their opinions regarding diversity in Senate during the student concerns section of meetings. Arbaugh considers the time useful for students to be candid about their feelings regarding the campus: “We do our absolute best to set up an environment where everyone is able to say what they are thinking in a successful manner… There’s always going to be passion. It’s important to not mistake passion for something worse.”

Perry recognizes that some of these impassioned statements are not coming across as well as one would hope. “Every white student in that room needs to understand that people of color have been forced to listen to the white perspective their entire lives,” Perry said. “The status quo is wrong, help us fix it. The status quo uplifts white people, but we are attacking the status quo, we aren’t attacking you.”

Pangol did not respond to a request for comment.

Perry cited an instance in Fall of 2018 where they felt that Arbaugh was making unilateral decisions about the appointment of senators and committee chairs. Perry asked Arbaugh in a Student Senate meeting if he had been seeking the consultation of the entirety of the executive board, to which he said yes. “Immediately after two executive board members came up to me and said ‘he’s been really terrible and not checking with us…we are not complicit with this,’” explained Perry. Perry identified the two executive members to Secretary Marisa Balanda ‘21 and former Clubs Liaison Laryssa Horodysky.

Hauer and Vice President Pat Custer ’19 agreed that Arbaugh consulted the entire executive board when making appointments throughout his term.

Moving forward, Arbaugh intends to stay the course in how he handles Senate business.

He said, “We are going to continue to try to be as attentive and engage with as many concerns as people have in general as possible.”

Editor’s Note: Lopez Espinosa contacted The Gettysburgian after this article was published to clarify her stance on Hillel’s recognition, which was ambiguous in her original statement. We appended her clarification at 12:13 p.m. (-B. Pontz)