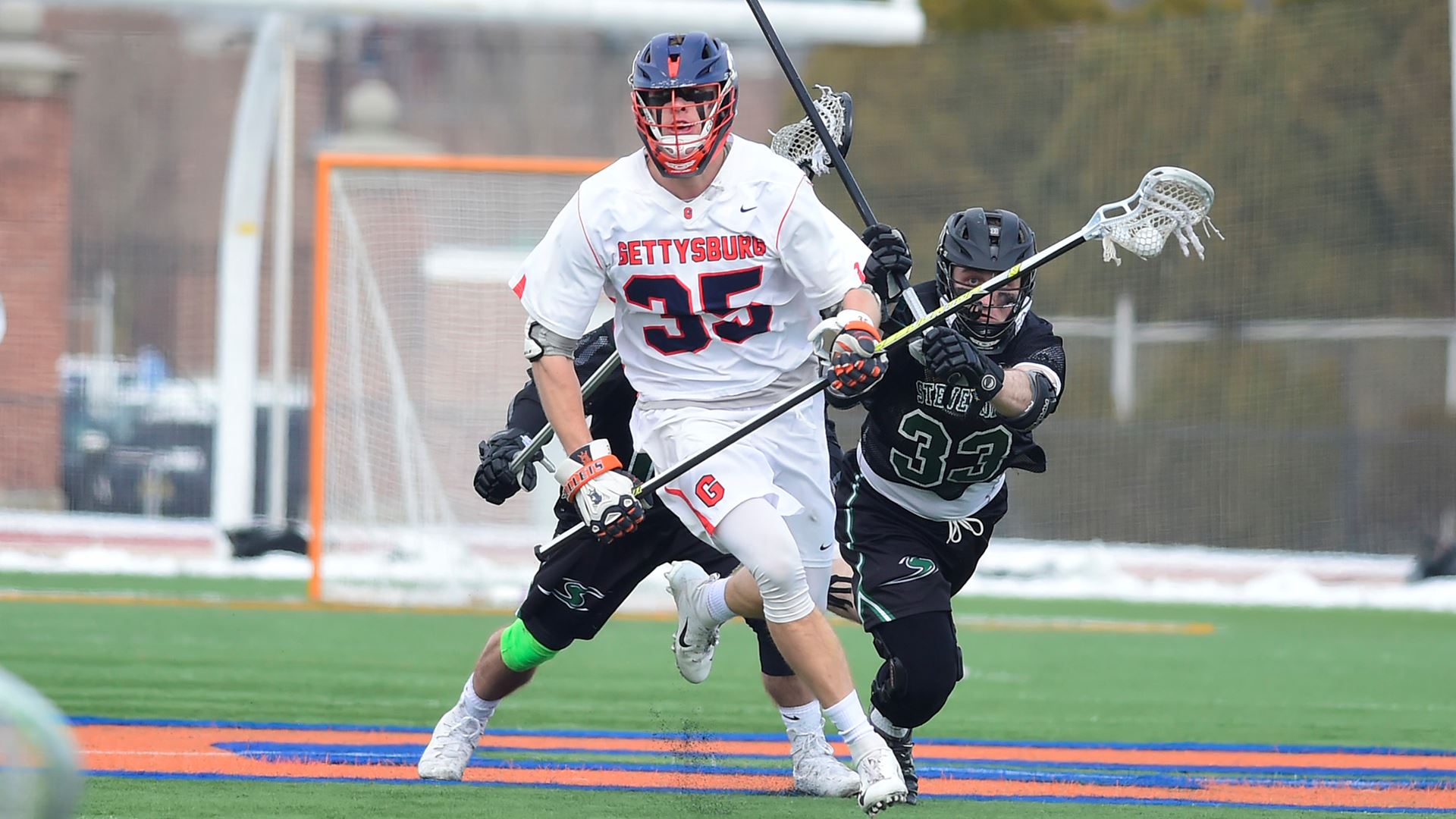 This past weekend, the Men’s Lacrosse team concluded its out-of-conference play with a 9-5 win over Eastern after beating #16 Washington and Lee the previous Wednesday.

The Bullets, now ranked #9 in the most recent USILA Coaches Poll, enter Centennial Conference play this Saturday with a top-10 matchup against #8 Ursinus.

At this point in the season last year, the Bullets were ranked #5 with an impressive 7-1 record and wins over #1 Salisbury, #15 Stevenson, and #4 York. Their only loss at this point was to W&L, where the Bullets fell 13-8.

Sitting at a record of 6-2, the Bullets may appear in a situation not too different than last year, but the journey has been far from the same.

This season, Gettysburg has fallen to #1 Salisbury and #6 York, wins that last year were pivotal to the team’s #1 seed in the southern half of the NCAA bracket. Though the Bullets still beat then #19 Stevenson, the win against the Mustangs is not extremely impressive, considering Stevenson has dropped to 1-5 on the year and out of the top-20.

However, avenging the loss to W&L from last year was crucial in returning to the top-10 (the Bullets were ranked #11 at the time of the game). In a tight mid-week affair, the Bullets held on to win 14-13 after a furious 4-goal rally from the Generals in the fourth quarter.

In conference play last year, the Bullets went a perfect 8-0 during the regular season but fell to Dickinson in the Centennial Championship game 9-8.

This season, the Bullets will look to do much of the same but will face tough-ranked competition along the way. In the USILA’s most recent rankings, four Centennial teams were ranked in the top 20 – #8 Ursinus, #9 Gettysburg, #10 Dickinson, #17 Franklin & Marshall.

Ursinus, one of the surprise teams in DIII lacrosse this year, has looked impressive, remaining undefeated at 6-0. The Bears have signature wins against Stevenson, Cortland, and Christopher Newport, all teams that were ranked in the top-20 at the time of the games.

Last year, the Bears were a woeful 3-11 on the year, 2-6 in conference. However, they experienced a change in culture with their previous head coach of nine years, Jamie Steele, stepping down at the end of last year’s season.

Former assistant Gary Mercadante, who served as defensive coordinator from 2009-13 and then head coach at Delaware Valley from 2014-18, has taken over the helm and has quickly changed the program’s trajectory.

Because of Ursinus’s success this year, what may have been in previous years an easier matchup to start conference play has turned into a heavyweight bout for the Bullets.

The winner of Saturday’s game will be in prime position to control its destiny in hopes of hosting the conference playoffs, an honor Gettysburg enjoyed last year.

The Bullets made it all the way to the National Semifinal last season and lost a heartbreaker to Salisbury 8-7. They finished the season 19-3 and recorded the second most wins by the lacrosse team in school history.

With just two losses to top tier opponents, the Bullets can still foreseeably find themselves in a similar position as last year come playoffs. Though they cannot expect to be the #1 seed in the south (that honor will mostly likely go to Salisbury), they can ostensibly be the #2 seed, if they win out and capture the Centennial crown.

After Saturday’s game, the Bullets will continue their tough conference schedule the following Wednesday on March 27 as they travel to Franklin & Marshall.