Home » Sports » Column: Some Things Don’t Get Better With Time

Column: Some Things Don’t Get Better With Time 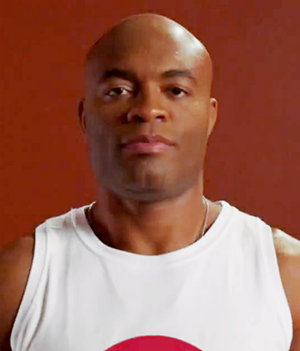 Anderson Silva, one of the best UFC fighters of all time, has won just one of his last 6 fights (Photo courtesy of Wikimedia Commons)

Everyone wonders, how old is too old?  In sports, it’s always a concern.  With age comes diminished skill, and it’s one of the saddest things in sports.  It’s sad to watch your heroes hanging on.  It happens across all sports.

Eli Manning, 38, is just barely hanging on with the New York Giants.  For most of his career, he’s been an above average quarterback, but nothing more.  In the playoffs, he has been lights out.  He beat Belichick and the Patriots twice in the Super Bowl and earned himself two Superbowl MVPs.  Add consistency to that.  But these last few years have been tough.  Now, he’s hindering an explosive offense.  The last three years he’s been ranked 27th, 22nd, and 25th in QBR.  Last year, any fan could see him missing reads and misplacing passes.  The speed of the game caught up to him and left him in the rearview mirror.

Some people just don’t know when to quit.  But then there are those few. Those few that father time doesn’t catch up to.  They seem like they will be playing forever.

LeBron James is in his 15th season and is widely considered the best player on the planet.  He career averages 27 and 7 and everyone already knows about the 3 championships, 3 finals MVPs, 4 MVPs, etc.  He’s done it all.  At age 34, he just faced the most serious injury of his career that kept him out of 17 games, and he will likely miss the playoffs for the first time since he was 20.  From the moment he fell to the court, people were questioning if it was age-related.  Now that he’s back, the question is if he’s the same.  He takes care of his body like no other.  He’ll continue to be the star that he is regardless of age.

Anderson “The Spider” Silva is now 43 years old.  He’s a UFC Middleweight Champion and widely considered to be one of the greatest mixed martial artists of all time, and for some, the greatest ever. UFC 64 Silva vs. Franklin is one of the most dominant performances I’ve ever seen.  Youtube it.  But Silva’s not that fighter anymore.  He isn’t the knockout specialist with flying head kicks and pin-point punches.  Since he lost his belt at UFC 162 to Chris Weidman (9 years younger than Silva), Silva has only won one fight of six.

Legends think they never lose their instinct and feel for competition.  Silva can stand in the ring with anyone and hold his own.  But that’s all this fight was.  Silva landed a few solid punches and kicks, but this fight was all about Israel “The Style Bender” Adesanya.  While Silva was watching and studying his opponent, Adesanya’s youth and quickness were on full display.  His twitch movements and fakes overwhelmed Silva.  With his guard up, Adesanya landed straight punches right through Silva’s hands.  Before Silva reacted, Adesanya was hitting him and moving to his next shot.  Silva could take the punches and even counter punch occasionally, but the fight felt like it was always an arm’s reach away.  Adesanya’s got plenty of knockout power, but Silva didn’t.  Out of respect for a legend, Adesanya let this fight go three rounds and kept a comfortable lead in the stats.

Not too many fighters have proved age doesn’t mean a thing.  Take Rashad “Suga” Evans (24-8-1).  Evans was once the UFC Light Heavyweight Champion and a Fighter of the Year.  Evans started his career 17-1-1 and fought well into his 30s.  He shocked the world when he knocked out Chuck Liddell.  But he aged.  At 35, he lost at UFC 192 to the younger Ryan “Darth” Bader.  He lost 5 straight to end his career.  The last came at UFC 255 against 29-year-old, Anthony “Lionheart” Smith.  Evans lasted 53 seconds with the young gun.

B.J. Penn was once one of the best pound-for-pound fighters in the world.  He was the UFC Welterweight Champion, UFC Lightweight Champion, and really defined the lightweight classes and made them mainstream.  Right now, he resides in the UFC Hall of Fame.  Just for another added touch, he earned his black belt in Brazilian Jiu Jitsu in just 3 years when it normally takes over 10 years.  With all the accolades, he still ended his career losing 6 straight.  “The Prodigy” lost to a heel hook submission in the first round of UFC 232?!  The first submission of his illustrious career came at the age of 39.

The first guy that comes to mind who aged well in MMA is Randy “The Natural” Couture.  He fought well into his 40s.  Couture was a two-time UFC Light Heavyweight Champion and a three-time UFC Heavyweight Champion, (BJ Penn and Couture are the only fighters ever to win a Championship in two different weight classes) and now a UFC Hall of Famer.  To end his career, Couture was on a 3-0 run before his last fight.  He won by decision, Technical Submission (rear-naked-choke), and Submission (an arm-triangle choke).  He lost his last fight to Lyoto “The Dragon “Machida, who was tearing up the UFC.  This fight from UFC 129 is worth another Youtube.  He was hit with a flying front kick out of nowhere after putting up a good fight.  He hasn’t fought since.

Anderson Silva is locked into a long 15 fight contract with the UFC.  He’ll be 46 by the end.  He’s scheduled to fight again in May in UFC 237.  He’s got the next 10 fights to end his career like Evans or Couture. He’s absolutely an all-time great and can win any given fight, but he’s hanging on for the love of the sport.  I’ll be watching, but I’d hate to see one of the greats not be great.