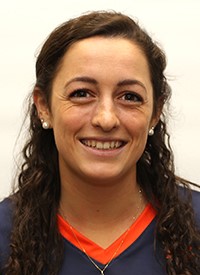 During the 2017-2018 Women’s Lacrosse season, Steph Colson was named All-Centennial Conference First Team and All-Metro Region First Team. She surpassed Gettysburg’s and the entire conference’s record for draw controls with 140. She was named the NCAA Division III Championship Most Outstanding Performer after leading the Bullets to their second consecutive national title.

Going into her senior season, Colson has picked up from where she left off. She tallied 10 draw controls, an assist, two ground balls, and caused two turnovers against Messiah College on February 21.

In a preseason video with Corey Jewart, Colson gave the credit of her draw controls to junior, Courtney Patterson.

“She’s so good at what she does, and sophomore Kerry McKeever on the other side of the circle always knows what she is doing. We really have to be working together, because it is a huge group effort, and we just pride ourselves on that everyone will be backing each other up,” said Colson.

Although the Bullets have lost a lot of key players from last year, Colson is optimistic about this season.

This season’s team hashtag is #battleready. To Colson, this means that “everyone must be taking every practice and every play [seriously], and putting all of our effort into it, while never taking a day off.”

The Bullets will continue their season at home on March 3 against Denison.