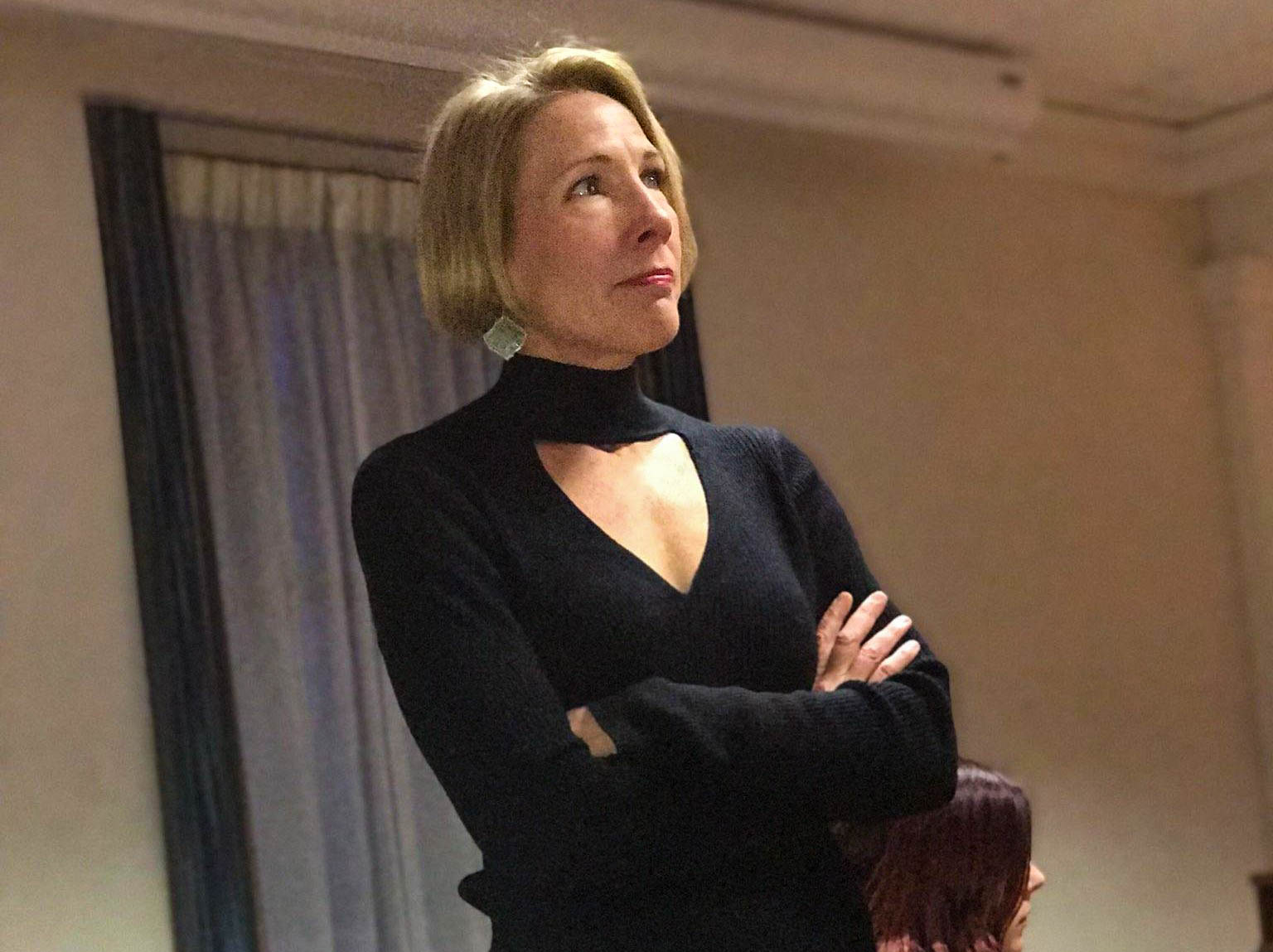 Elizabeth Williamson, a journalist currently working for The New York Times, visited the Gettysburg College campus on Friday, February 15th and hosted a Q&A style information session in the Penn Hall Lyceum. The event was co-sponsored by The Gettysburgian and the Provost’s office. The journalist’s son and sports editor of The Gettysburgian, Charlie Williamson ‘19, introduced his mother to the attending audience.

After a brief synopsis of her career in journalism, Williamson opened the floor to questions from the students and faculty in attendance. Audience members asked her about several facets of her career that ranged from her experiences in foreign countries and career path to her literary inspirations and her most current coverage of Virginia Governor Ralph Northam.

Williamson described the beginning of her career to the audience, and she explained, “I really just loved to write. I was always curious.” This curiosity fueled her career in journalism, and she shared the way that her experience as a freelance writer in Eastern Europe, where she faced unfamiliarity with a new environment, showed her that the best way to get to know people or topics is to write about them. Similarly, her research into stories, such as the parents of victims of the Sandy Hook tragedy pertaining to Infowars host, Alex Jones, created rewarding experiences for Williamson to assist others through sharing their stories. Williamson explained that she tries to portray stories so that they fit into larger categories in order inform the reader to think critically about the information they read.

Williamson covered various aspects of journalism in her answers, and explained the way that the internet has changed the field: “The internet has revolutionized the way we do our job.” Along with the benefits of readily available online research and the speed of typing, she acknowledges the difficulties posed by the internet. Williamson commented on the ways in which social media creates numerous challenges that allow for harassment and the need to constantly guard yourself. She also acknowledged the difficulties created by the rise of alternative news. Williamson explained that she “actually thinks it’s good to mix things up,” but also acknowledged her concern with sharing provable falsehoods that damage people as a result.

Williamson also described the current issues in modern journalism, specifically within the current political climate. In her opinion, the idea of “fake news” is the hardest part of being a journalist today. She explained that criticism in the field should be welcomed and taken into account, but a demonization of news sources makes the job very difficult, especially when a journalist works extremely hard to share truth and accuracy. She told the audience that making mistakes and receiving criticism is something that a lot of journalists, including herself, can relate to. She expressed her deep concern for her work by telling the audience that these mistakes “keep [her] up at night.”

During the presentation, Williamson was asked who her inspirations were, and stated that the detailed, clear reporting found in Truman Capote’s novel, In Cold Blood, which she is currently re-reading, serves as inspiration for her own career, along with numerous other detail-oriented writers.

Near the end of the event, Williamson provided insight into her particular method of writing, which, to the audience’s surprise, is to procrastinate. From there, she advises that making a really basic outline with short sentences and direct action verbs can be extremely helpful to organize thoughts and focus writing. She urged student journalists to “write as much as you can” and said that there is “no substitute for writing of any kind.”