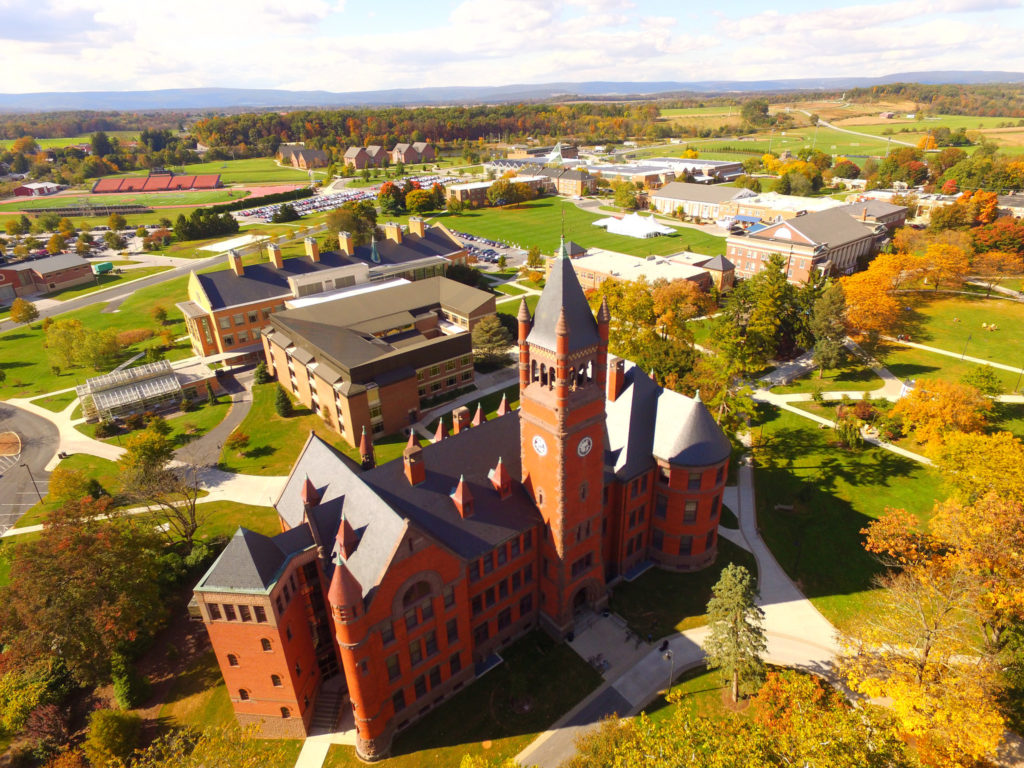 Absolutely, Bob Garthwait should have resigned. As a Trustee, he represents the values of the college. Regardless of the time of his actions, he should not hold such a public position. Moreover, his qualification for his apology, a claim that in 1980, as a college sophomore, he “was not fully aware of the significance of those symbols,” is a highly unbelievable attempt to soften his wrongdoing.

But Mr. Garthwait’s situation is more interesting than the Virginia yearbook scandal. Unlike with Ralph Northam’s medical school photo, we have more information about the situation. His fraternity, Alpha Chi Rho, was throwing a Hogan’s Heroes-themed party. Hogan’s Heroes, a television sitcom on the air from 1965-1971, told the story of American soldiers stationed in a German POW camp, from which they sabotage the Nazis. Notably, many of the show’s cast members were Jews and veterans and the show never let the Nazi characters be seen in a positive light. In fact, Werner Klemperer, the German refugee and veteran who played Colonel Klink, explicitly stated, “If they ever wrote a segment whereby Colonel Klink would come out the hero, I would leave the show.” As to whether Hogan’s Heroes dealt with an appropriate situation for parody, the linked article has this to say:

“Back when the cone of silence still squelched much conversation about the genocide of the Jews, when it took three years to sell the first 3,000 copies of Elie Wiesel’s memoir Night—which has now sold over 10 million copies—no reasonable person believed that Hogan’s Heroes exonerated the Nazis. But laughing made the once unspeakable more discussable.”

With this in mind, we can get to the real teachable moment of this situation. Is the fact that Mr. Garthwait was donning a Nazi uniform (including a Swastika) mitigated by the fact that he was doing so as part of a Hogan’s Heroes-themed party? I would say no.

At best, this party was a celebration of a popular television show that went off the air nine years previous. But, unlike with the cast of Hogan’s Heroes, the party was presumably not made up of many Jewish individuals or veterans of World War II. After all, Gettysburg College stuck significantly more to its Lutheran roots back in 1980. Jewish students were less prominent on campus, but they still existed. A party involving presumably-Christian students dressing up as Nazis a mere 35 years after the Holocaust is incredibly insensitive, regardless of intention. Just as it is to this very day (and even more likely then), it is possible that Jewish students might know or be related to survivors of the atrocities committed by the Nazis. They didn’t need to be on a campus where swastikas are present outside of a purely academic setting. As a Jewish student, I do not need this kind of reminder about the suffering of my people.

But, like with the other recent incidents regarding 1980s yearbooks, Mr. Garthwait did not act alone. There are others in the offending photograph. The party was hosted by a formal organization. Students attended. Dominant society as a whole, not just Mr. Garthwait, holds blame here.

From this incident, we, as a campus, should consider how, without intent to harm, our actions can make othered students feel uncomfortable and unsafe. Moreover, we, like the rest of the country, should learn how to appropriately apologize for and help heal the injuries we have caused. Simply referring to changing times does not cut it as an excuse. Times change because people learn and grow, and such growth warrants good apologies for past actions that one now knows are wrong.

Take Mr. Garthwait. While his resignation is necessary and his apology was subpar, I do not doubt that he regrets his actions. He still can, and still should, take affirmative steps to turn his folly into a teachable moment that reflects on the complicated relationship between institutional decisions and our own individual culpability. Moreover, if he stays connected to the campus in less public ways, he can find ways to support minority students.