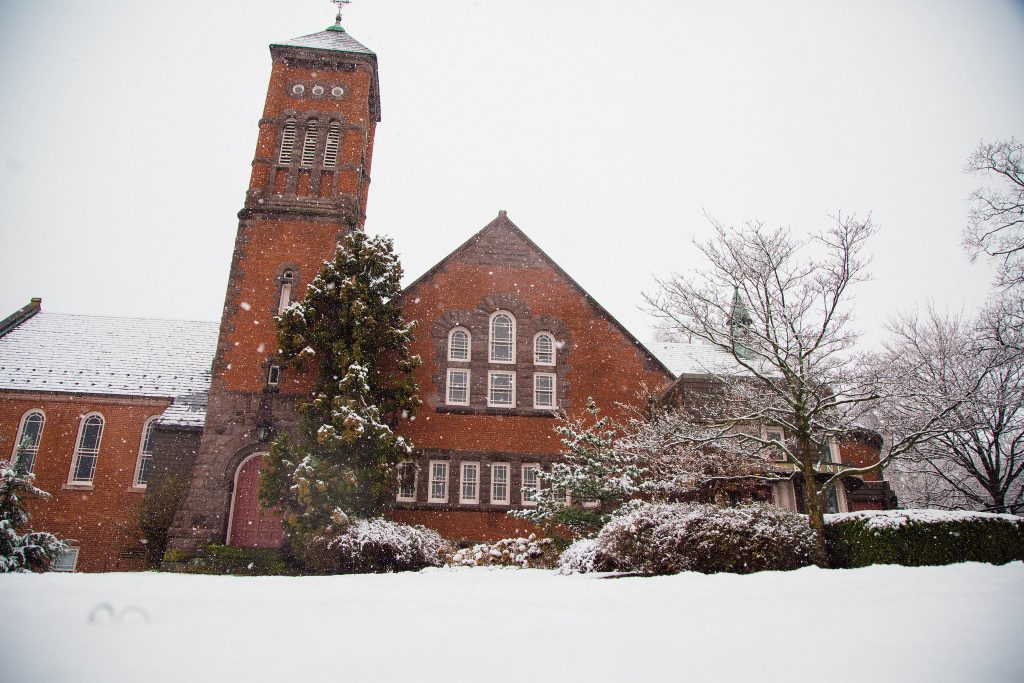 A Sunday afternoon to a Tuesday afternoon ended a process by which President Riggs broadly notified the resignation of Mr. Garthwait from the Board of Trustees.  National media coverage quickly followed, creating smear to what is Gettysburg College, past and present.

A decades loyal and generous Alum openly acknowledged that 38 years ago at a fraternity party he role-played the iconic WWII German soldier, Schultz, in the extraordinarily popular TV series, Hogan’s Heroes.

Is our College Administration/Board committed to imposition of current sociological and political norms of today—ideologically arguable—against standards from 1930s to 2020? How far back is the College tracking inquisition and retribution? Who or what College event is next?

Deep and just context examination is required, likely to reveal some remarkable facts, inverse to national media coverage implications and content of the Riggs notifications.

Does Mr. Garthwait’s yearbook photo prove anti-Semitism of him or the College, or in part, does it simply continue the messages of series creators, writers and actors? Those messages were not anti-Semite, and in fact, they exposed German military as buffoons, offering respite to the horrors of Nazi Germany.

The TV series was created, written and acted by a preponderance of Jews; of five main characters, four were born in Austria or Germany.

Gettysburg College’s current brand of justice displays process speed that defies fairness, and it thwarted Board of Trustees deliberation, all 39 of them. Was Mr. Garthwait strong armed/guilt ridden/bullied to resign? Was there in play an irrational crisis-management hysteria preventing context research, objective examination, and due process?

Given context of iconic Hogan’s Heroes TV series, 1965-1971, wildly publicly accepted and critically acclaimed, why was Gettysburg College duped into undeserved national scandal suggesting antithesis to its tradition of Judeo-Christian values and tolerances? Is Gettysburg College now opening doors of challenge to its past standards of inclusion and welcome, given its history?  Or, will context of decades serve conveniently to move forward?

John Banner, who portrayed Sargent Schultz, in 1967 said: “Schultz is not a Nazi. I see Schultz as the representative of some kind of goodness in my generation.” The character, Schultz, was played by Mr. Garthwait in 1980. John Banner lost most of his Jewish family in WWII death camps. His extraordinary life in accurate historical context reveals the remarkable recuperative and forgiving powers of the human mind and spirit.

Haaretz, an Israelí newspaper, founded 1918, examined Hogan’s Heroes through a retrospective after the death of Werner Klemperer (1920 -2000) who played the fool German Col. Klink. Klemperer, born in Cologne, Germany, immigrated to the U.S. to escape atrocities. Despite misgivings, he took the Klink role conditional to “If they ever wrote a segment whereby Colonel Klink would come out a hero, I would leave the show.” He stayed and was a primary reason the show stockpiled award after award.

The Haaretz article states that “the Nazis were depicted as so incompetent” and all American servicemen “were to a man so resourceful, courageous, loyal and debonair… there wasn’t much one could object to.” Again, context of the decades is critical to circumspect, wise, fact-based judgement, absent momentary arrogance.

Robert Clary lost 13 of his family in death camps. He survived three years in concentration camps. As he progressed in show business, he played blackface, another snapshot of the contradictions of the decades.

At least four other Jewish actors portrayed German soldiers and delegitimized them as bumbling fools. Clary: “Every week we made fools of our captors” in Stalag 13. In the context of the 1930’s to this decade, in the case of Mr. Garthwait and Gettysburg College, hindsight judgement absurd and arrogant.

Gettysburg College rushed to an ill-considered condition, creating a situation which requires long view, deep examination and sensitive deliberation: the results might balance ideologies throughout the broad base of the institution.

During this transition the Board should: reject Mr. Garthwait’s resignation; require the Administration to organize an extended all-campus consortium focusing on the TV series in context of the decades and the lives and principles of those many Jewish talents who popularized it; exert active leadership, prudence and voice during this time of multiple transitions; direct the distribution of The Gettysburgian and Administration announcements of content to all Bullet Point recipients.

Over and over—and over—Schultz said: “I hear nothing, I see nothing, I know nothing.”

Would the creators and cast of Hogan’s Heroes tolerate—NOTHING—following this dreadful Gettysburg episode? No—they would do SOMETHING—and a reasonable start would be to eradicate on campus the penchant for abrupt judgement and denouncement.