Discovering the Secret Masterpieces of Servo 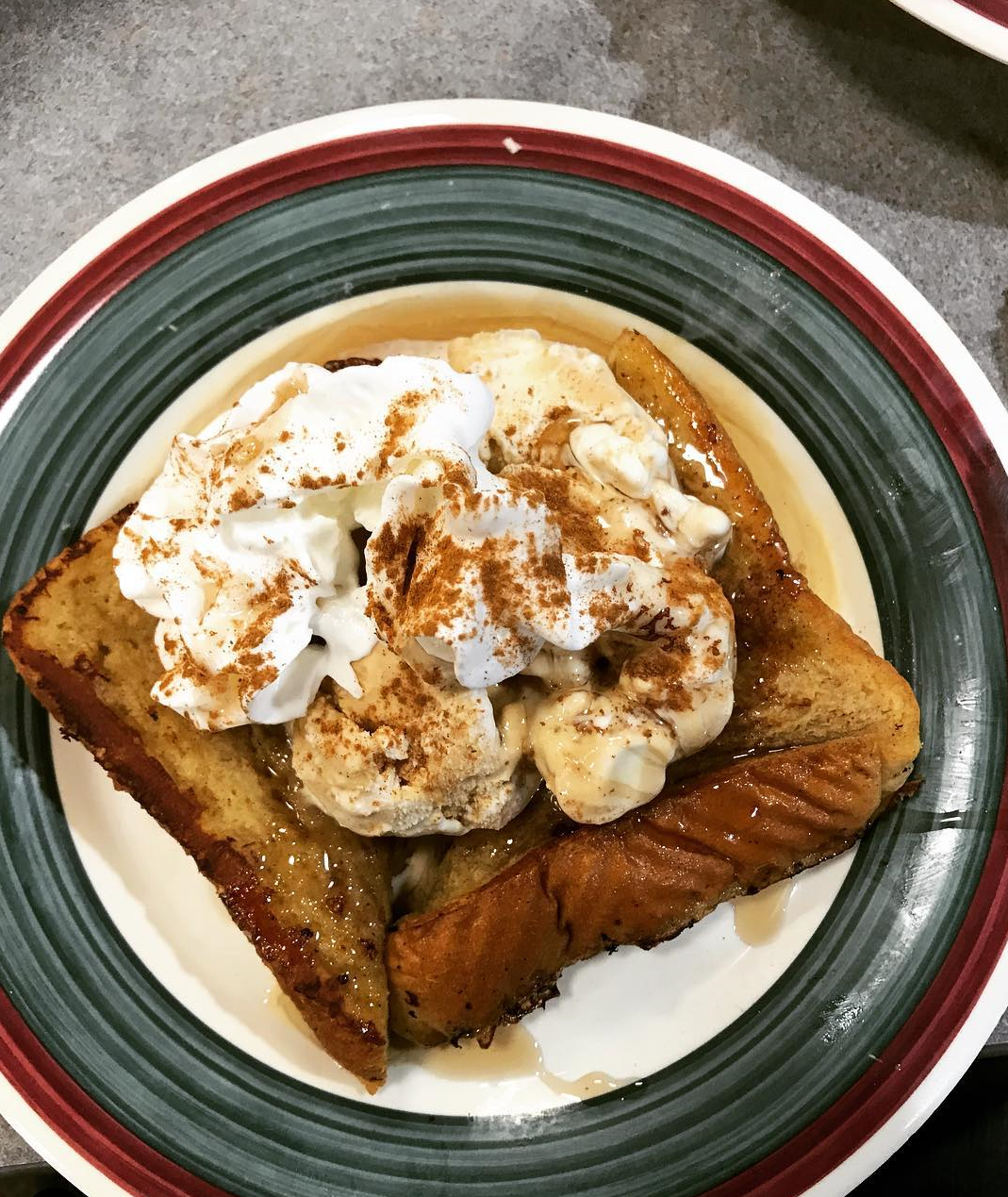 French toast with Smoked Maple Bourbon ice cream, whipped cream, and a sprinkle of cinnamon was the first masterpiece posted on Secret of Servo’s Instagram account (Photo courtesy of Will Hopkins and Matt Robinson)

Gettysburg College’s Dining Center, affectionately referred to as Servo, is the host to many delicious meals every day. Students, however, sometimes take meals into their own hands and put a creative spin on the already mouth-watering ingredients Servo has to offer. Whether it is a grilled cheese sandwich or ice cream sandwiched between two Servo cookies, students at Gettysburg always cater to their personal tastes, and even go above and beyond Servo’s normal offerings.

Two students in particular have taken these food masterpieces to the next level and started a social media account to document their latest creations. Will Hopkins ‘22 and Matt Robinson ‘19 began the Instagram page “Secrets of Servo” to showcase their original delicacies.

Hopkins and Robinson have garnered a following of over 200 through their Instagram account (@secrets_of_servo). The pair have even started posting follower submissions and one Secrets of Servo Challenge winner. They first began the account, however, with their own personal creation: french toast with maple bourbon ice cream.

Hopkins commented on his and Robinson’s initial inspiration to start the Instagram account, “Food is an important part of our life. We like to be creative and try out new combinations of foods to make things more interesting.” 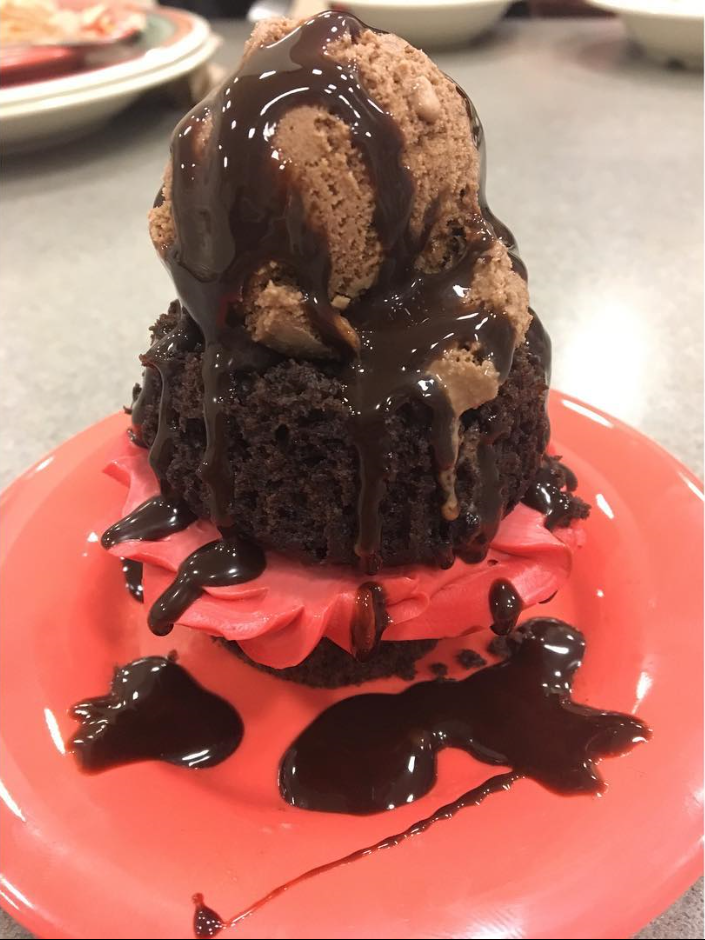 The Secrets of Servo account features a variety of inventive meals, including desserts like a chocolate “cakewich” (inverted cupcake) topped with ice cream or apple crisp finished with cinnamon ice cream, fresh apples, and a sprinkle of cinnamon. They have also posted savory options such as toast smeared with cream cheese and meticulously layered with cucumbers.

Since the launch of their account, the two have begun to rely on suggestions from others, or “junior chefs.” Hopkins said, “We try and come up with an idea once a week but clearly we don’t always make it happen. Sometimes there will be 4 or 5 of us wandering around servo looking for things to combine and create.”

Robinson and Hopkins are not the only ones who get creative in Servo. Some students assemble inventive meals based on their dietary choices. Zach de Besche ‘22 enjoys making salads with healthy toppings in the dining hall.

De Besche began making these original meals to accommodate his vegan diet. When it comes to eating at Servo, Zach said, “The stock meals that they provide at Servo are good but often they aren’t meat-free which is what I’m looking for. So, I’m driven to make my own mixes of things. That’s how I approach salads and food at home too; I put it all together based on what I have around.”

Some of de Besche’s meals include spinach topped with nuts, chickpeas, sunflower seeds, olive oil, roasted tomatoes, and a veggie burger. He also enjoys making a healthy dessert substitute with a bowl of blueberries, sunbutter, nuts, and almond milk.

The creators of Secrets of Servo will continue to inspire students with new concoctions in the future: “We wanted to come up with a fun way to share our creative idea with students and inspire students to think outside the box when it comes to food.” 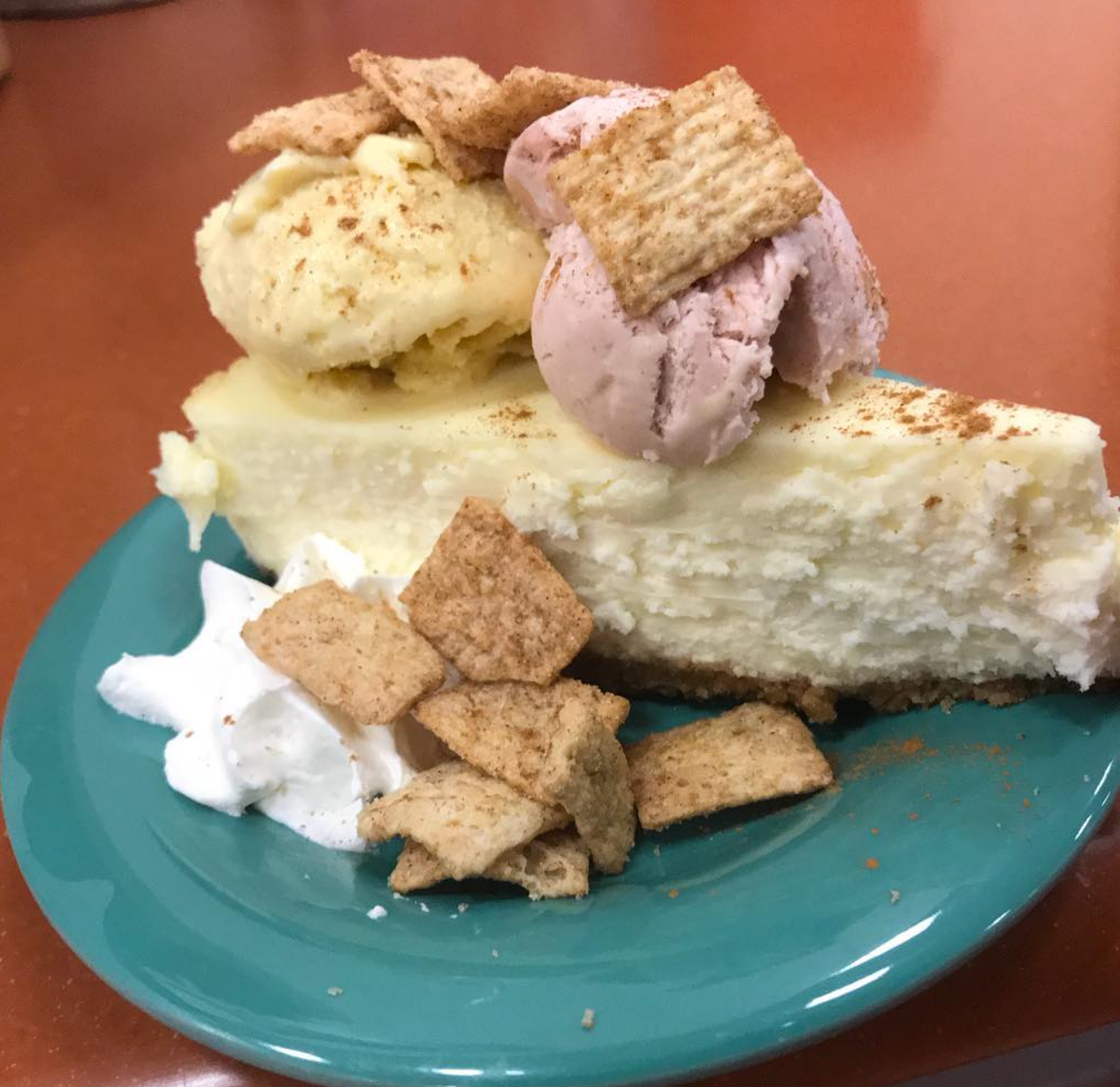 This dish is a an unusual combination of plain cheesecake, pumpkin and cinnamon ice cream, Cinnamon Toast Crunch, and cinnamon sprinkled on top (Photo courtesy of Will Hopkins and Matt Robinson).

Ultimately, students share a love for creating and enjoying delicious foods, all the while uncovering the wide variety of options at Servo. Students’ food creations would not be possible, however, without Gettysburg Dining Services and the hardworking staff at Servo and dining centers all across campus.