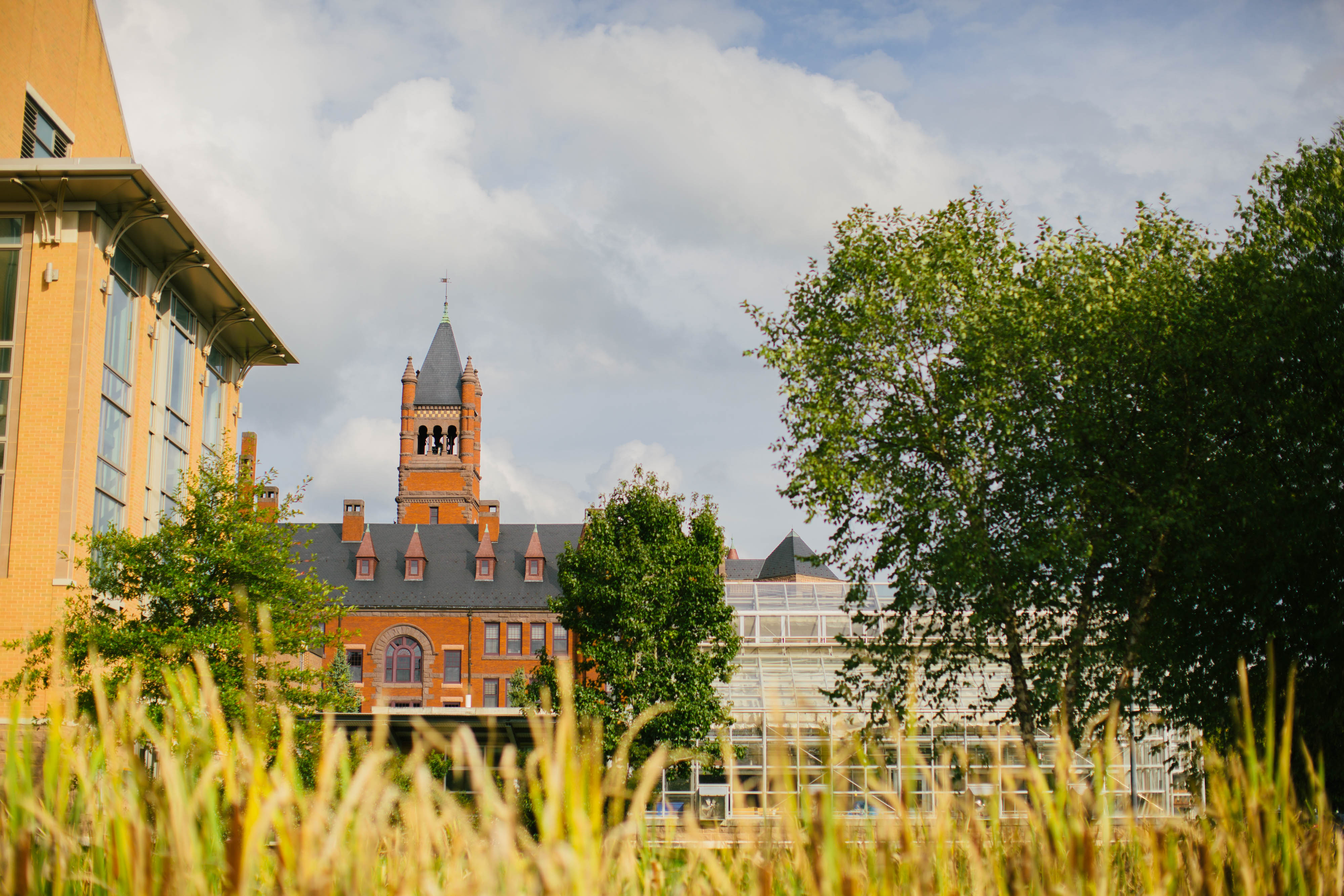 Assistant Professor of Public Policy Anne Douds took to the podium this week at the Women, Gender, and Sexuality Studies’ Series to discuss “Opening the Aperture on Public Policy Problems.” Douds, a graduate from Duke University with a Ph.D. from George Mason University and a JD from Emory University, is an experienced lawyer and professor. Adept in the areas of public policy-making and policy analysis, Douds has used her skill both in the courtroom and through social advocacy programs. She is a published author, who has  printed two books within the past two years, and advocates for civil rights on a daily basis.

To begin her presentation, Professor Douds told a surprising narrative: she was once put in jail. In 1998, as a city girl new to the country terrain, she was met with a misogynistic judge (otherwise known as Robert S. Armstrong). There were only seven practicing female lawyers in the county – “The Coven,” as the local bar called them. This low number allowed the judge to practice his sexist views and hold Anne Douds in jail for wearing a pantsuit after he reprimanded her and demanded that she wear a skirt. The next day, against his judgment, she once again wore a pantsuit. Thus, she was held in contempt. Surprisingly enough, she was not able to call her own lawyer. Even more devastating is the fact that females were and still are being held to a sexist standard that denies them the right to choose their own outfits. Douds explained that this made her feel “powerless”, and “like [she] just had to suck it up and take it.”

She later put the problem into a “Basic Policy Cycle”, and said, “When we make people feel uncomfortable about the way they think things are supposed to be, we insult them in some way.” She examined the Judge’s behavior as something he felt was a necessity, like if he was not rude to her, then his respect would be compromised and his authority would be undermined. The issue of men needing to assert themselves as superior to women is something that persists despite how deleterious it is.

She then listed issues of policy, such as policy environments and sociocultural perspectives, the times and timing, and reframing or approaching the problem from a different angle. Subsequently, she delved into many narratives that depict the policy issues that affect women and communities as a whole.

She began with a water availability problem in the Horn of Africa, where there were unstable communities with scarce water. The United States sent members of the Navy to help the communities by building wells in neighboring villages. When the well was vandalized, they had no idea who could have demolished it. However, they later came to uncover that the women of the community vandalized the well. They did this because they felt like living with a well would destroy the purpose of the women, as well as prevent them from getting out of town. Women and their role in society were the reasons that something that was supposed to help the people was ruined. Later, the community built a center with wool and looms that enabled women to still have a purpose.

Douds continued to narrate the stories of women who paved the way for rights and privileges, such as Albert Cashier – born Jennie Hodgers – who pretended to be a male during the Civil War. When he reverted back to his female identity to seek medical attention, living in an all-female ward practically killed him. He was later monumentalized on his tombstone as both his male and female identities. While that was an example of incremental change, which for a revolutionary is unfavorable because it is not a quick progression, that kind of change is a necessity.

Another interesting tidbit shared by the Professor is the fact that regardless of assigned sex when doing a heart health survey, the female identity was a predictive factor for a heart attack. Something about the gender identity for females is stressful enough to make this true.

She ended with a personal anecdote that brought her to tears. She described a case at which she failed in 2009 when she had a client named Brad. He, at nineteen, slept with his seventeen-year-old girlfriend (consensually) and her father was able to prosecute him for statutory rape. After being in jail for a year, Brad was released and fell into drugs. He contracted HIV. He moved in with his grandmother, a victim of Alzheimer’s, but forgot to register as a sex offender in the area before his thirty day grace period. He was charged again. He was not able to get the medicine for his HIV in a Georgia jail. Brad was transferred to a different jail, but had developed a sarcoma, a distended belly, weighed ninety-five pounds, and in a letter to his parents, addressed that the only medicine he was given for his painful bowls was Tylenol. His mother begged to be close to him while he died, handcuffed to a bed at Grady Memorial Hospital.

From this, Professor Douds learned that sometimes she is not going to change people’s definitions of a problem. She developed a program “Dignity in Death” and hopes that people consider public policy as a way to understand how to look at things from a different perspective.