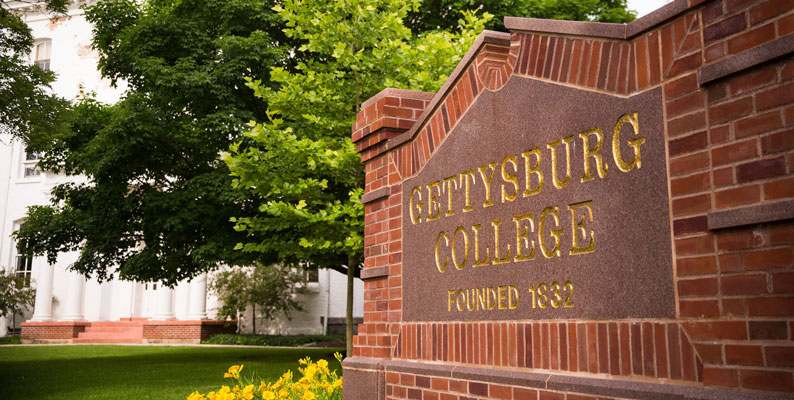 Seven Greek organizations and one individual student have been found responsible through the college’s judicial processes for hazing over the past five years, a total that includes five incidents that were classified as violations of federal or state law.

The findings came to light when the college released two reports to comply with Pennsylvania’s Act 80 of 2018, which came on the heels of a hazing incident at Penn State in which Timothy Piazza, a pledge of the Beta Theta Pi fraternity, died. Act 80 mandates that all Pennsylvania colleges report to the public all violations of institutional hazing policy or the law.

The college divided its disclosure into two reports: one detailing incidents that were classified as violations of college policy, the other detailing incidents that were classified as violating state or federal law. In all, four fraternities (Lambda Chi Alpha, Phi Gamma Delta, Phi Delta Theta, and Alpha Tau Omega) and three sororities (Sigma Sigma Sigma, Gamma Phi Beta, and Chi Omega) have been found responsible for hazing violations since 2013. Gettysburg College currently recognizes nine fraternities and seven sororities.

In total, the reports outline 10 incidents, of which nine resulted in a finding of responsibility: eight against a Greek organization and one against an individual who was a member of a Greek organization. The time frame covered in the reports dates from the fall 2013 semester through fall 2018. Moving forward, the college will be required to disclose reported incidents on January 1 and August 1 of each year to comply with Act 80.

Dean of Students Julie Ramsey did not directly address a question regarding whether the reports indicate a systemic problem within the Greek community at Gettysburg, but she did call hazing a national problem.

“Clearly, there is a national problem around hazing in a variety of college organizations around hazing, which can have tragic consequences,” she said. “No degree of hazing is acceptable and it is an ongoing and critical challenge to educate each new generation of students that hazing is not tolerated here. We must reiterate for each new class that hazing is inconsistent with the values of the college and every organization within it.”

Incidents Classified as Violations of the Law

The most recent incident from the college’s first release occurred in November 2018.

In that incident, Lambda Chi Alpha was found responsible for subjecting its new members to wear embarrassing costumes, sleep in the chapter’s house, and participate in a run around the battlefield. The college found the chapter responsible for “low level hazing and violating the Recruitment & New Member Education Policy” and imposed nine weeks of social probation, a suspension of recruiting, and required educational programming.

Asked what constitutes a “low level” hazing offense, Ramsey said she expects the college will revisit its institutional definition to tack more closely to state law, which will result in eliminating the distinction between low level and high level hazing.

Joseph Gangi ’20, President of Lambda Chi Alpha, said that the hazing incidents came because the organization had not revisited “outdated traditions” that stemmed from the use of “old processes or reincarnated traditions of decades ago within fraternal family lines.”

Addressing the charges specifically, Gangi said in a statement: “I am aware that after our alumni barbecue, a few of our Associate Members … had conversations with alumni about costumes they wore long ago. The new members thought it would be a good way to connect with our chapter’s history to bring back these costumes. As far as sleeping in the chapter house, previous classes had participated with the same practice as an effort to truly bond with their Associate Member class before they become fully initiated brothers. These practices were not forced and stressed to be completely optional.”

He added that the battlefield run was open to the entire chapter and was also optional. Moving forward, though, Gangi said that the chapter will make changes.

“We understand that our previous practices were not agreeable with the school’s policies and we have made changes that will continue to uphold our traditions and ideals but challenge old practices and satisfy the school’s policy and our national headquarter’s [sic] policy,” he said.

Kurtis Grey ’21, one of the organization’s new members this fall who has since become its vice president for external affairs, said that, although he recognizes the fraternity’s conduct “may have fallen short of school standards in some aspects,” which he and his brothers own, no hazing was forced upon new members.

“Instead, we wished to make our mark on our brotherhood early and often, immersing ourselves as a class when our schedules allowed so, as there was an emphasis placed on our right to be at our house,” he said. “I think I speak for both my year and all my brothers when I say that our brotherhood bond is something we take pride in and treasure. We would never risk this by attempting to make people uncomfortable or participate in things that they don’t desire to.”

Grey asserted that there was no malicious intent in any of the hazing that transpired.

“I think it is important to note that both our house and people outside of it have stated their belief that these transgressions were done only with the best of intentions to build a complete bond, rather than harm anyone in any way,” he added.

Other organizations implicated in incidents classified as violations of the law include:

Ramsey said that she is not aware of any cases being referred to law enforcement.

According to the student handbook, conduct probation is “a written reprimand for violation of specified regulations.”

“It essentially puts an organization on official notice that further violations will result in more severe sanctions and it is often paired with educational sanctions,” Allen said.

Educational sanctions vary based upon the context of the policy violation, he added, but are aimed at correcting the underlying behavior.

Reed Berestecky ’20, President of Phi Gamma Delta, said, “The incidents … took place back in 2015. None of Fiji’s current members were members at that time, nor are those incidents reflective of who we are as an organization. Phi Gamma Delta has a strict policy when it comes to hazing, and it is not condoned whatsoever.”

Becky Montross ’20, President of Sigma Sigma Sigma, emphasized that the organization has strict policies in place that forbid hazing.

“We do not tolerate hazing. Period. We go to great lengths to make sure our new members feel safe and welcomed,” she said. “Our current members have done countless hours of hazing prevention programming, both through Gettysburg College and Tri Sigma National Headquarters. Our sisters who are active know that hazing is completely unacceptable.”

She added that she is grateful for Pennsylvania’s new anti-hazing law, but was disheartened to learn of the incident that occurred in her organization more than five years ago.

“We promote empowerment and sisterhood, not peer pressure and bullying,” she said. “During my time as a member, I have not witnessed one instance of hazing, nor have I personally experienced hazing. My sisters will tell you the same. I will say it again: Tri Sigma does not tolerate hazing. Period. I am more than confident that we will maintain our exceptional reputation moving forward.”

In addition to the incidents classified as violations of state or federal law, the college detailed five incidents in which violations of the college’s anti-hazing policy were alleged. In four of the five cases, the organization or individual was found responsible for a policy violation.

Most recently, in March 2018, a member of Alpha Chi Rho unsuccessfully sought to compel a new member to write an Anti-Semitic essay. The individual, who was not named in the college’s report, was found responsible for violating the college’s hazing policy, but the organization was not charged. The individual was required to help develop a hazing prevention program and to write an apology letter to Alpha Chi Rho.

The other incidents involved charges of organizational responsibility.

In October 2017, the college discovered a fanny pack suspected of being a “pledge pack” –items an organization requires new members to have at all times, typically in a fanny pack — belonging to a member of Alpha Tau Omega. The fraternity was not found responsible for hazing, however, as the college determined the organization’s “social event the night before had been rave which was consistent with the design of the fanny pack and some of its contents.”

Organizations found responsible for violations of college policy dating back to 2013 are:

Taylor Maloney, President of Chi Omega, cited the organization’s anti-hazing policy in response to an inquiry about the chapter’s current practices. The policy reads, in part: “Chi Omega Fraternity does not tolerate harassment, hazing, or bullying of any kind and prohibits any activity that endangers the mental or physical health or safety of a person. In fact, Chi Omega members are educated on expectations for membership, and as a condition of membership, each individual bears the personal responsibility to abide by applicable federal, state and local laws and college/university rules and regulations.”

Representatives of Gamma Phi Beta, Phi Delta Theta, and Alpha Tau Omega did not respond to a request for comment.

“We believe it’s important to appropriately address and stop hazing in any and all cases,” she said.

Allen reiterated that the college is committed to improving its strategy towards hazing with the ultimate goal of ending it completely.

“We will continue to assess our strategies and programs to make sure they are meeting the needs of our community,” he said. “Hazing prevention has been a priority of the College and will continue to be one moving forward.”

Editor’s Note: This story was updated on Saturday, January 19 at 9:37 a.m. to clarify that, in the 2016 Phi Delta Theta incident description, “that report” referred to the improvement plan, which was not mentioned in the organization’s chapter evaluation in 2016 or 2017. The hazing incident was mentioned in the 2016 report. (-B. Pontz)