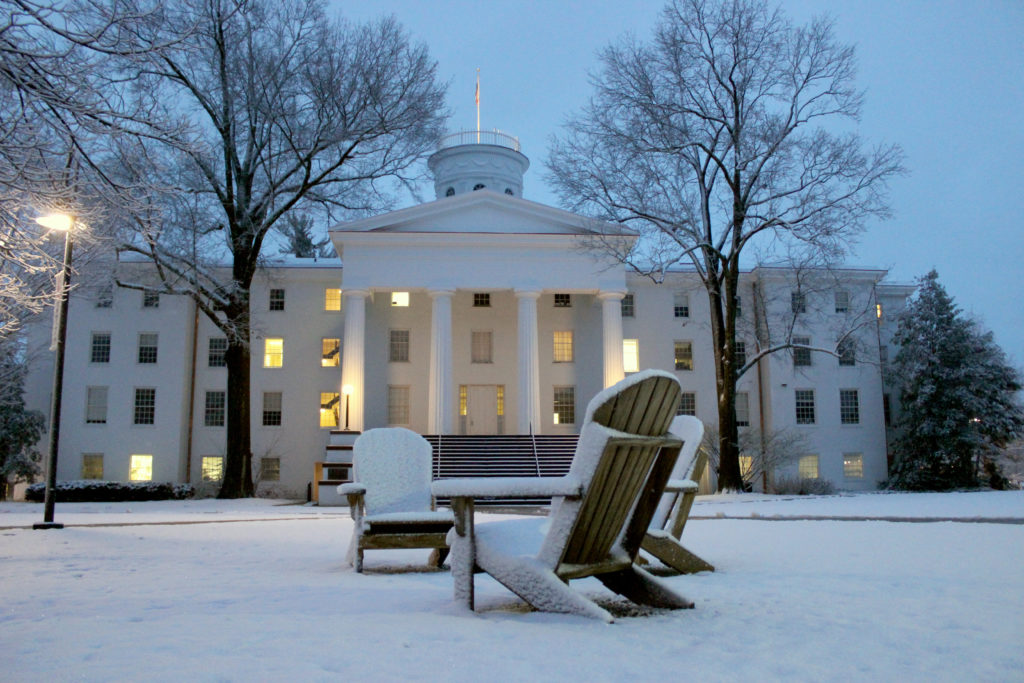 Christmas comes but once a year, or so the saying goes. It is a time of merriment and joy, a time that billions of people worldwide share as celebration of comity and good will toward all mankind. There are many in today’s world, however, who do not see the usefulness of Christmas, or who see it simply as a celebration of the decadence of modern capitalism. It is now time for those who cherish Christmas to not only enjoy the celebration, but to extoll its virtues to all who will listen.

Those who eschew the joy of Christmas are all too used to being compared to Charles Dickens’ famous Ebenezer Scrooge, who exclaims “bah, humbug” at even the thought of the holiday. This comparison is too often made in overly simplistic terms, made to imply that the modern Scrooge is simply a unredeemable Christmas-hating grouch. It must be acknowledged that Ebenezer Scrooge actually harbors many of the same reservations about Christmas that many of today’s critics do. He is pigeonholed as a tightwad, one who hates the holiday because of the money to be spent. While his frugality does contribute to his opinion, he also cites the commercialism of Christmas as a reason for his suspicion. He sees those like his nephew Fred as posers, and people woefully naïve regarding the corrupted nature of Christ’s birthday.

What the spirits show Scrooge is not that every single reservation he harbored was incorrect, but that the other facets of Christmas greatly outweigh the avenues of avarice and materialism that he prognosticates. The ghost of Christmas past demonstrates that the optimism of his youth brought him overwhelming joy, and that his deviation from it has transformed him into a warped, frustrated old man. The ghost of Christmas present teaches that greed and suspicion of his fellow man has excluded Scrooge from the joys of his family and friends, leaving him isolated and alone. Christmas yet to come, the most grim of the trio, shows him the dark fate that awaits him if the lessons of the other spirits are not heeded.

These lessons are valuable in today’s society, which is plagued with suspicion and doubt. Even to those who are not religious, it is certainly a desirable goal to bring joy to our loved ones just as Ebenezer Scrooge does at the end of his story. He does not do so by buying them the latest gadgets or finest clothes, he does it by expressing his gratitude to them for their love, and by performing selfless (and sometimes anonymous) acts for their benefit. These ultimately enrich him more than his mounds of gold ever could, and he sees that the commercialism of the day is overshadowed by the good that can be done by holding an amiable and charitable spirit within oneself.

There are two frequent arguments that are not necessarily addressed by this comparison. The first is that even though Scrooge learns to simply avoid the commercialism of the holiday, this does not excuse the fact that it exists in the first place. I would urge those who promote this line of thinking to consider the question: what is the alternative? You may of course avoid the mass-consumerism of the holiday just as Scrooge does at the end of the film, spending time with family and friends and perhaps giving small, thoughtful gifts. What is worthy of celebration in this vein is that we can afford to be consumers in the first place, that we are the wealthiest and healthiest human beings in history. Our consumerism is a symptom of our unprecedented prosperity, which hardly seems like a disease that requires treatment.However, it must not be forgotten that not everyone shares in this prosperity. During the holiday season, we all must endeavor to help those that cannot fully partake in the celebration we are privy to, and that may even struggle to survive at this time of year. Scrooge learns this through the course of his journey, and his social Darwinist perspective gives way to a heart bursting with compassion for those in need of help. We must follow his example and share the bounty of the season with all.

The second is that Christmas is inferior to Thanksgiving, which ostensibly provides the same non-material benefits of Christmas without the same commercialism. Are we really to believe that Thanksgiving, one day dedicated to stuffing our faces with turkey, is less indulgent than Christmas? Christmas is a season, it is a feeling within us that promotes selflessness and kinship with our fellow human beings. As long as we keep the spirit of Christmas within us, the possibilities for kindness far surpass a simple expression of thanks and a large dinner, and can even include those things. We surround ourselves with loved ones and express our thanks to them, exchange tokens of our appreciation, and break bread with them. We share in their joys and in their sorrows, we laugh with those who are present and cry in remembrance of those who are no longer with us. This is the meaning of Christmas.

Just as Ebenezer Scrooge discovers in A Christmas Carol, we must now rediscover that Christmas is not simply an occasion for buying and selling or a cheap sequel to Thanksgiving. Christmas is a global celebration of all that is good within the human spirit: camaraderie, charity, loyalty, and love. So enjoy your eggnog and gingerbread, listen to Bing Crosby, and relax, because this is a holiday worth celebrating. Merry Christmas.