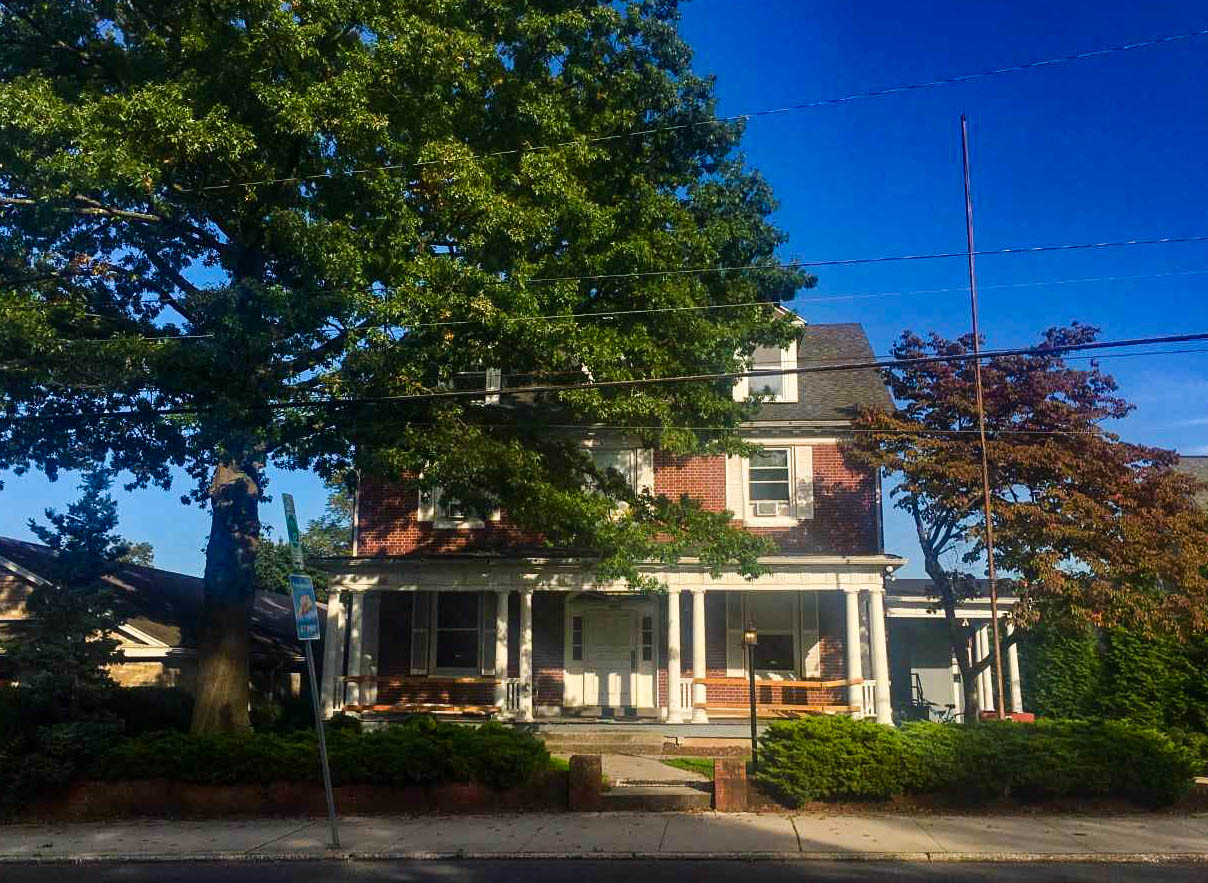 A civil complaint filed in federal court in October says that the college violated Title IX by failing to investigate a reported sexual assault that allegedly occurred in October 2016.

Kelsi Kennedy, who was visiting her brother Ryan, at the time a Gettysburg College senior, alleges that she went to a party at 343 Carlisle Street on October 22, 2016, was served alcohol, was led to a smaller room upstairs, and was “restrained to some degree” and “unable to move” as she was sexually assaulted.

The local chapter’s alumni organization has retained ownership of the property and leased it to various groups of students living off campus and, this academic year, to the college itself for use as the Diaspora House, which is part of the College House (formerly theme house) program.

Both Phi Sigma Kappa and its alumni organization are named as co-defendants along with the college and three alleged assailants: Edward Carroll and two unnamed John Does.

A rape kit administered in the aftermath of the event allegedly detected the semen of Carroll and two others that have not yet been identified.

Carroll, a Class of 2016 graduate who was not a member of Phi Sigma Kappa, did not respond to a request for comment.

The filing also says that Kennedy reported the incident both to campus security and to Gettysburg Borough Police. No charges against Carroll have been filed, and the plaintiff alleges that the college “did not take any administrative actions against the Defendants.”

Kennedy is seeking compensatory and punitive damages in excess of $150,000.

The filing alleges that the college was “on notice of past incidents involving rape and sexual assault, drinking, and out of control behavior of the residents and guests” at the address in question and, by failing to intervene to “prohibit such conduct at that address,” is complicit in what occurred. As such, the filing claims a violation of Title IX through the creation of a hostile environment and by failing to investigate and discipline the plaintiff’s attackers in a timely fashion. Further, the plaintiff alleges that the college “engaged in a pattern and practice of behavior designed to discourage and dissuade individuals who had been sexually assaulted on campus from being fully investigated and reported” and demonstrated “deliberate indifference” towards the plaintiff, preventing the realization of her rights under Title IX.


Aside from Title IX, the complaint alleges violation of Kennedy’s right to equal protection under 42 U.S.C. § 1983, which provides that anyone seemingly acting under the auspices of the law who causes another’s rights to be violated is liable for damages.

Jamie Yates, the college’s spokesperson, said that the college could not comment on case specifics, but commented, “I can tell you that the allegations made in the complaint against the College are without merit and we intend to vigorously defend the case.”

According to logs of campus incidents required to be disclosed in accordance with the Clery Act, the college did not investigate any incident at 343 Carlisle Street in the days after the alleged incident occurred, nor was a timely warning issued in connection to any incidents occurring on that date. Six other notices about reported sexual assaults were disseminated that semester.

However, it is unclear whether that property would have been considered within the college’s Clery geography since it is not college-owned and did not house a college-recognized organization.

Yates declined to comment on whether the address nonetheless fell within the boundaries in which the college is required to report incidents to the campus to comply with the Clery Act.

According to page 12 of the 2018-19 Department of Public Safety Security & Fire Safety report, “The Gettysburg College crime statistics do not include crimes that occur in privately-owned homes or businesses within or adjacent to the campus boundaries.” Phi Sigma Kappa was not a recognized college fraternity at the time of the incident and the house at 343 Carlisle Street is owned by its alumni organization, not the college.

The complaint also pursues a cause of action against the college, Phi Sigma Kappa, and its alumni organization, alleging that they “knew, or should have known, of the particular unfitness, incompetence or dangerous attributes of the residents” at this property, and, because they took no action to avert that danger, they each should be held liable.

Phi Sigma Kappa’s Executive Director and Chief Operations Officer Nicholas Zuniga said that the national organization believes it should be dismissed from the lawsuit.

He added that the organization revoked the chapter’s charter in 2014 for the same reason the college derecognized the chapter and that Phi Sigma Kappa’s insurance applies only to to chapters that operate under a charter from the national organization.

Neither the chapter alumni organization nor Kennedy’s attorney responded to a request for comment.