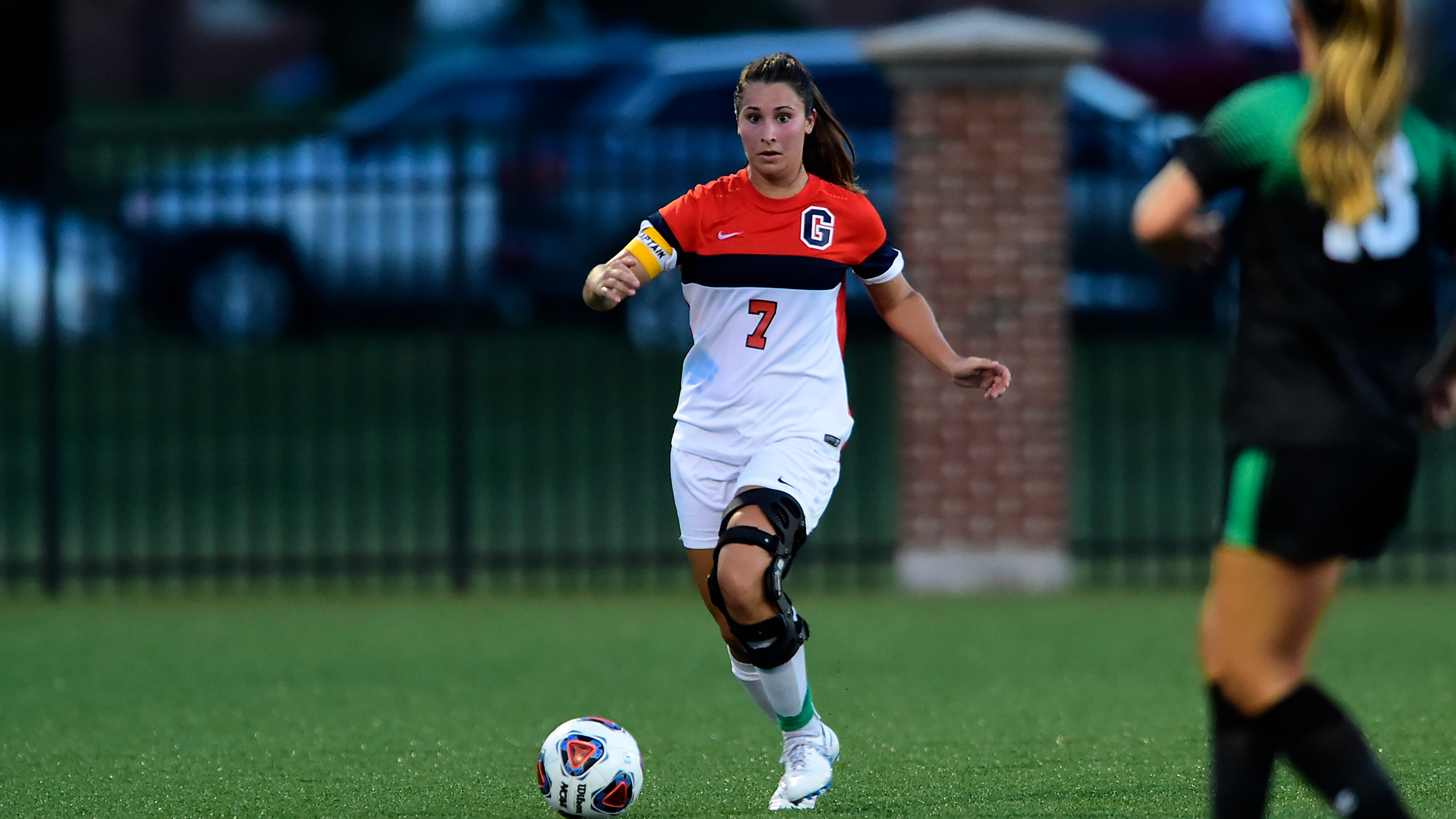 Gettysburg’s Women’s Soccer Team ended the season against Dickinson with a 0-0 draw in their sixth overtime game this season.  With playoffs on the line, the girls came up just short.

First-year goalie Madelyn Cunningham, who became the starter due to injuries, finished the day with eight saves and a shutout.  It was her fifth shutout of the season.

The first half did not heavily favor either side.  Dickinson led in shots 4-3 and corner kicks 2-0.

To open the second half, the Bullets started out with 3 shots on net, though they went wide.

“It is frustrating.  Soccer can be the most beautiful game, but can be the cruelest game,” said Coach Garrett. With one final chance to win the game in the 88th minute, first-year Erika Muskus ripped a shot, but again it sailed wide.

While regular time showed to be an even match, overtime was a different story.  Senior Lauren Miesemer took Gettysburg’s first shot, but then it was all Dickinson.  Dickinson got off to a quick start in the second overtime period and outshot Gettysburg 5-2 in overtime.

“I think it’s the first time in 9 years we haven’t made the playoffs,” said Coach Garrett.  “This is probably the most talented team we’ve had in about 5 or 6 years.  We just weren’t able to capitalize on a lot of opportunities.”

Gettysburg ended the game with 9 shots, 3 on target, and 8 saves to hang onto the tie.  Dickinson finished with 14 shots, 8 of which were on target.

“Probably the story of our season this year is we just kind of got what we deserved in a lot of the games and this [game] kind of epitomized our season in one game where we just had to win to get through to the playoffs and we just couldn’t get it done,” said Coach Garrett.

Gettysburg soccer ended the season 8-5-4 and 4-3-3 in conference games to place sixth in the Centennial Conference.  This season, the girls started six first-years to which the coach laughed, “It’s unheard of to have six starting first-years.”  Two first-years Erika Muskus and Molly O’Shea both led the Bullets with six goals apiece on the season.

The Bullets were led by senior captains Lauren Miesemer and Alexa Bushey, in addition to the other three seniors this past season.

“We’ve been a real family this season more than anything and they’ve done a wonderful job of getting all the classes on the same page,” Coach Garrett said.  “They’ve just been a great group of young women that I’ve been very proud of and it starts with our captains.”

With seven juniors on the team, the squad looks set to have a strong start to next season.  Coach Garrett believes they have a solid incoming class for 2019 as well.  In addition, having six first-years with valuable starting experience makes for an extremely deep team next season.

Ending the season on a 0-0 draw can leave an ambiguous, uneasy feeling leftover.  Though it is not a win, it’s not a loss.  In this ambiguity, there is hope.

“It shows that it hopefully isn’t the end of something, it’s just the beginning,” said Coach Garrett.